If Gantz gets the recommendations of at least 59 members of the Knesset, he would receive the first chance to form the government 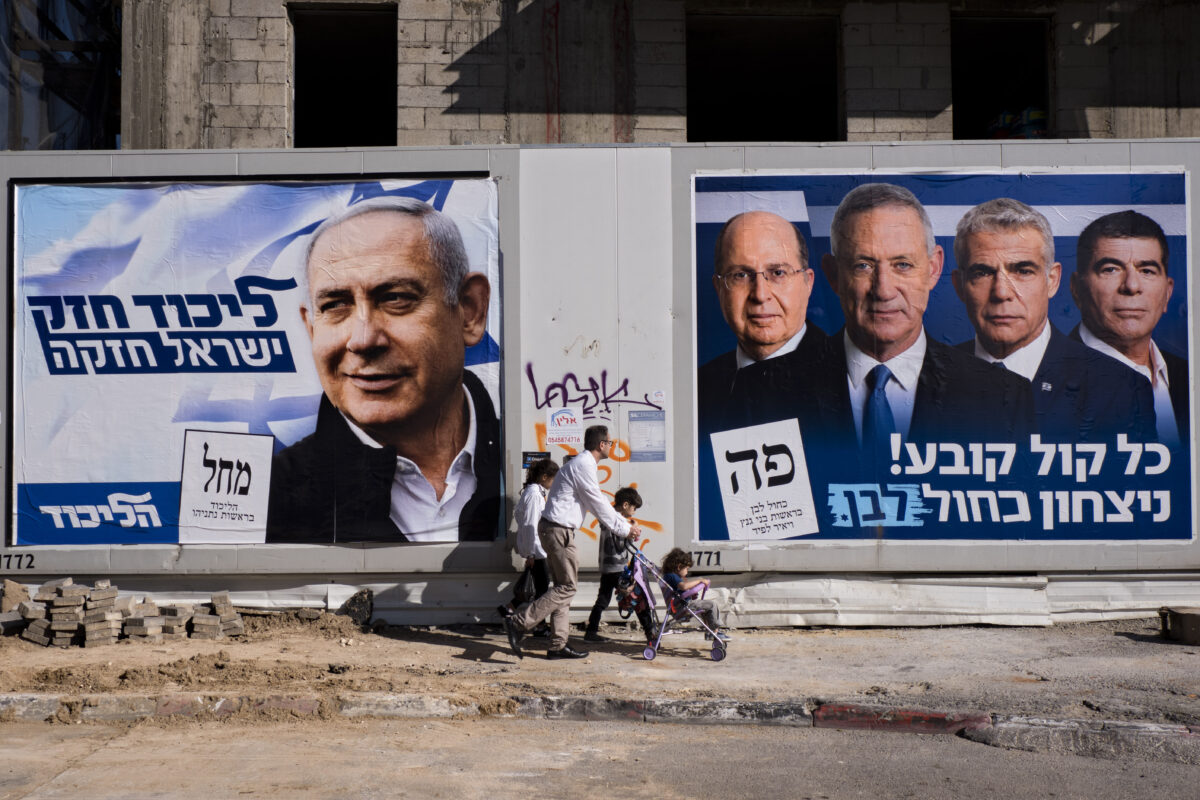 Blue and White leader Benny Gantz formally reached out to the leaders of the Joint List — a political alliance of the main Arab parties — on Monday, pledging to form a government “that will serve all of Israel’s citizens, Jews and Arabs alike.” Representatives of the Arab factions are set to meet with the Blue and White negotiating team on Tuesday to discuss recommending Gantz to be the country’s next prime minister.

Timetable: President Reuven Rivlin will begin consultations with all parties at his residence on Sunday and is expected to thereafter announce his decision to grant the mandate to form a government to one of the people vying for premier.

Why it matters: If carried out, this will be the first time a candidate for prime minister is able to form a government backed by Arab MKs. As it currently stands, the center-left bloc, which includes Yisrael Beitenu and the Joint List, has a majority of 62 seats compared to Benjamin Netanyahu’s backing of 58 seats. If Gantz gets the recommendations of at least 59 members of the Knesset, he would receive the first chance to form the government.

Big deal: Dahlia Scheindlin, an international public opinion analyst who worked for the Joint List as a researcher in the March 2nd election, tells JI that the willingness to provide Gantz a single vote of confidence is a “significant statement in the current environment” where the Israeli public has become used to rhetoric against the country’s Arab population. While Gantz is “setting the stage to earn their support,” Scheindlin said, it’s unclear if he will give in to some of their demands.

The obstacles: Two members of the Blue and White party, Yoaz Hendel and Zvika Hauser, have indicated that they would oppose a government that receives Joint List support. According to media reports, the pair — members of former Defense Minister Moshe Ya’alon’s Telem faction within Blue and White — were given an ultimatum to either support the government or resign. So far, they are refusing to back off.

Catering to base: Noga Tarnopolsky, a Jerusalem-based freelance reporter for the Los Angeles Times, pointed out Gantz’s “daunting challenge” in ousting Netanyahu. Seeking to swear in a government with overt Arab support, Gantz “is undertaking this not only so as to gain power, but also in order to fulfill his main election promises — to undo the polarization Netanyahu has rooted in Israeli political rhetoric and, as he sees it, to save Israel’s democratic institutions,” Tarnopolsky explained to JI.

A once in a lifetime opportunity: Scheindlin stressed that this is “going to be a real test for Gantz as he’s facing down this internal discord.” If a deal to form a minority government falls apart, Scheindlin predicted “the end” of Gantz’s political career. Tarnopolsky maintained that to date, “Gantz is showing some steel,” despite the survival prospects of such an unstable government. “He seems to be offering himself up to take the heat for that eventual failure so as to secure Netanyahu’s departure from Balfour Street,” she said.