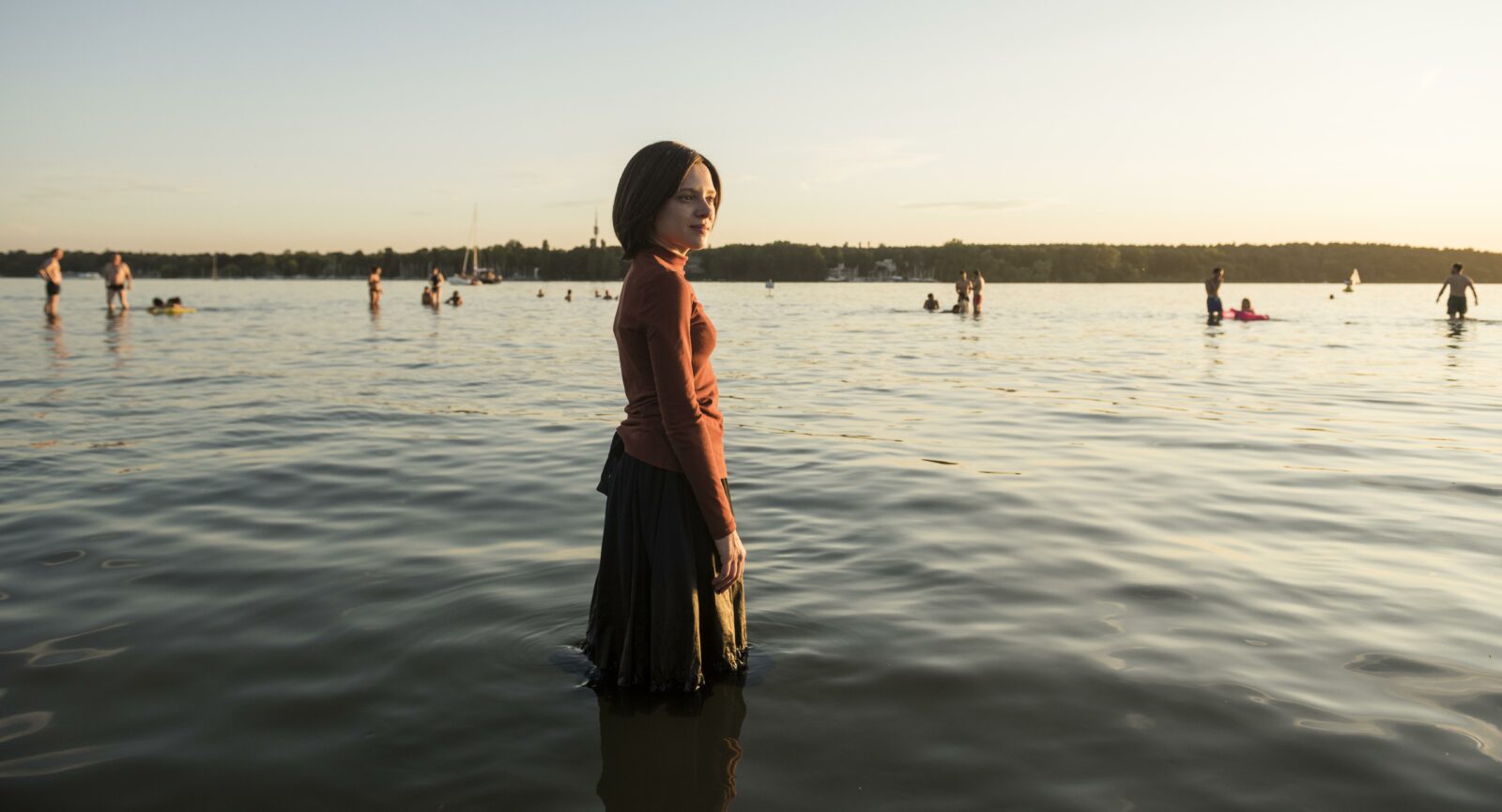 An ‘Unorthodox’ journey from Satmar Williamsburg to Berlin, Germany

Three Jewish American women who lived in New York, picked up their lives and moved to Berlin. Only one of them is fictional, a character brought to life — and to Netflix — by the work of the other two.

Esty is the main character of the new miniseries “Unorthodox,” which premieres globally on Netflix today. The show was co-created by Winger and loosely based on Feldman’s 2012 memoir by the same name.

In the four-episode miniseries, 19-year-old Esty, played by Israeli actress Shira Haas (“Shtisel,” “The Zookeeper’s Wife”) runs away from her husband, her family and her Satmar Hasidic community in Brooklyn without a word, and hops on a plane to Germany. Viewers watch her navigate a new and confusing life there — confronted by both the secular world and constant reminders of the Holocaust — interspersed with flashbacks to her life and marriage in Williamsburg.

“I see this as a very universal story,” Winger told Jewish Insider in a recent phone interview. “The struggle between individuality and communities is real for many people. And I think Esty’s journey is less an anthropology of the Satmar community of Williamsburg, and much more about one young woman’s search for self.”

Winger, a native of Massachusetts who later studied and lived in New York, moved to Berlin in 2002. A photographer, writer and now TV producer, she first broke into the film industry with 2015’s “Deutschland 83,” a critically acclaimed German miniseries that aired in both the U.K. and the U.S. and won an International Emmy Award. After the show’s success, she launched her own production company, Studio Airlift. Today she is also an executive producer on Apple TV’s “Suspicion,” an adaptation — starring Uma Thurman — of the Israeli series “False Flag.”

Winger and Feldman met and became friendly in Berlin, where their children attend school together. They bonded over their shared experiences as American Jews living in Germany, and after Winger read her memoir, Feldman suggested she adapt it for the screen.

In 2018, while discussing collaborations with Netflix, Winger proposed a miniseries based in part on Unorthodox. And despite being pitched a show primarily in Yiddish — a first for the streaming giant — Netflix was fully on board.

“They never had a problem with it being in Yiddish,” Winger told JI. “They were always on board with the idea of that challenge. And it really was a challenge, because we had to find all the 20 actors on earth who speak Yiddish.”

The show hired Eli Rosen, a former Hasid from Borough Park, to serve as a translator and Yiddish coach, as well as to play the role of the community’s rabbi.

Through Rosen, she said, the show connected with close to a dozen other actors from Hasidic backgrounds who were cast in the series, and who also helped make it as authentic and true-to-life as possible.

“It was an amazing experience,” she said. “It was like a whole community grew around the show.” While Haas and Amit Rahav — the actor who plays her husband Yanky — are Israelis who didn’t know any Yiddish, the third main character, Moishe, is played by Jeff Wilbusch, who grew up in an ultra-Orthodox family in Jerusalem and spoke Yiddish. “I’m the kind of writer who loves what the actor brings to the project,” Winger said. “Jeff was really also an incredible asset.”

While the series credits Feldman as its inspiration, the show is a heavily adapted and fictionalized version of her life.

Winger and co-creator Alexa Karolinski — who was born in Berlin to a Jewish family that remained in Germany after the Holocaust — agreed from the outset that a large chunk of the show would be entirely fictional.

“We felt that it was very important to change things pretty radically from the books because Deborah is a real person,” Winger said. “We didn’t want this to be a biopic about a young woman… we changed everybody’s name, we changed all kinds of details to give it TV life.”

Despite growing up as a secular Jew, Winger said she connected with many aspects of Feldman’s — and Esty’s — story. When she first moved to Berlin, she said, it was jarring to be constantly confronted with living reminders of the Holocaust.

“For the first couple of years [after moving], I continually had that experience of being like, wait, this is a real place. This actually happened right here,” she said. Winger grew up learning about the Holocaust, and was shocked to see people living normal lives right next to the sites of historical horrors. “How can these places just be around the corner here?”

It was important to both Winger and Karolinski to use the show to explore the experiences of Jews living in Germany today.

“Here’s this woman who, in seeking her own freedom, and finding herself, she goes back to the source of her community’s trauma, whether consciously or unconsciously,” Winger said. “That, I think, is a powerful thing.”

Aside from occasional business interactions with Hasidic men in the photography trade in New York, Winger said she had little knowledge of the community before embarking on “Unorthodox.”

“The thing that was most striking about the research was how many things we have in common,” she said. The Hasidic Jewish community is “at a different end of the spectrum” than how she grew up, “but it’s not unfamiliar. We have a lot more that unites us than divides us.”

When Feldman’s memoir was published in 2012, it sparked fierce backlash from the Satmar community, including some who questioned the veracity of her tales. But Winger said she isn’t expecting to hear such criticism of the show.

“First of all, they’re not supposed to watch it,” she said. “But if they do watch it…  I actually think that the show is not particularly critical of the community.” The miniseries is specifically about the story of Esty and Yanky, “and to the extent that it shows the community, I would say it’s quite positive. I don’t think that we are portraying something that’s easy to leave behind — if anything, it’s really hard to leave behind.”

While Feldman’s book was critical of her upbringing, Winger said the TV adaptation is a more universal story of one woman’s journey.

“We see the show as being quite uplifting, even though it’s sad,” she said. “It’s a romantic tragedy, but with a lot of hope in it.”