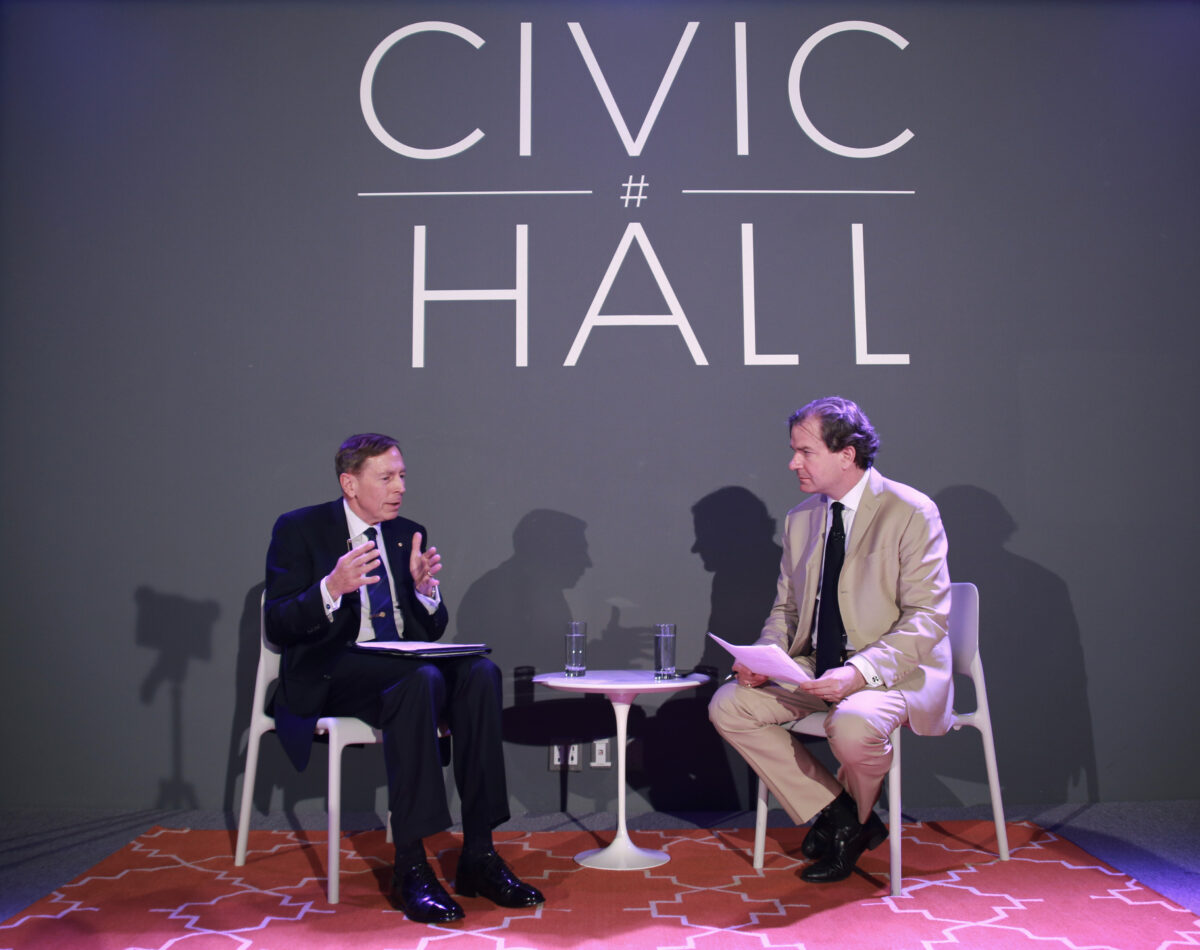 The Quincy Institute for Responsible Statecraft, in conjunction with Foreign Policy, is holding a leadership forum on the future of U.S. foreign policy and national security at the U.S. Capitol Visitor Center in Washington, D.C. this afternoon.

Background: The Quincy Institute — founded in 2019 and funded by the unlikely pairing of George Soros and Charles Koch — calls for an end to American military intervention and a refocus on diplomatic strategy. Neorealist scholars John Mearsheimer and Stephen Walt, who in 2007 jointly published the controversial book The Israel Lobby and U.S. Foreign Policy, are both non-resident scholars at the institute. In a Senate floor speech last month, Sen. Tom Cotton (R-AR) accused the think tank of fomenting antisemitism.

Petraeus defended his participation, telling JI he was invited to speak by the editors of Foreign Policy, with whom he has a close relationship. “It is likely that my thoughts and contributions may contrast with those of some of the other participants gathered when it comes to the U.S. role in the world, the need for a sustained sustainable commitment in the fight against Islamist extremists, the importance of alliances, allies, and partners — including Israel,” Petraeus said. “And that is the principle reason that I decided to participate — similar to when I offer thoughts and assessments to political figures or policy makers of either party, even when I may disagree with them on a variety of issues.”