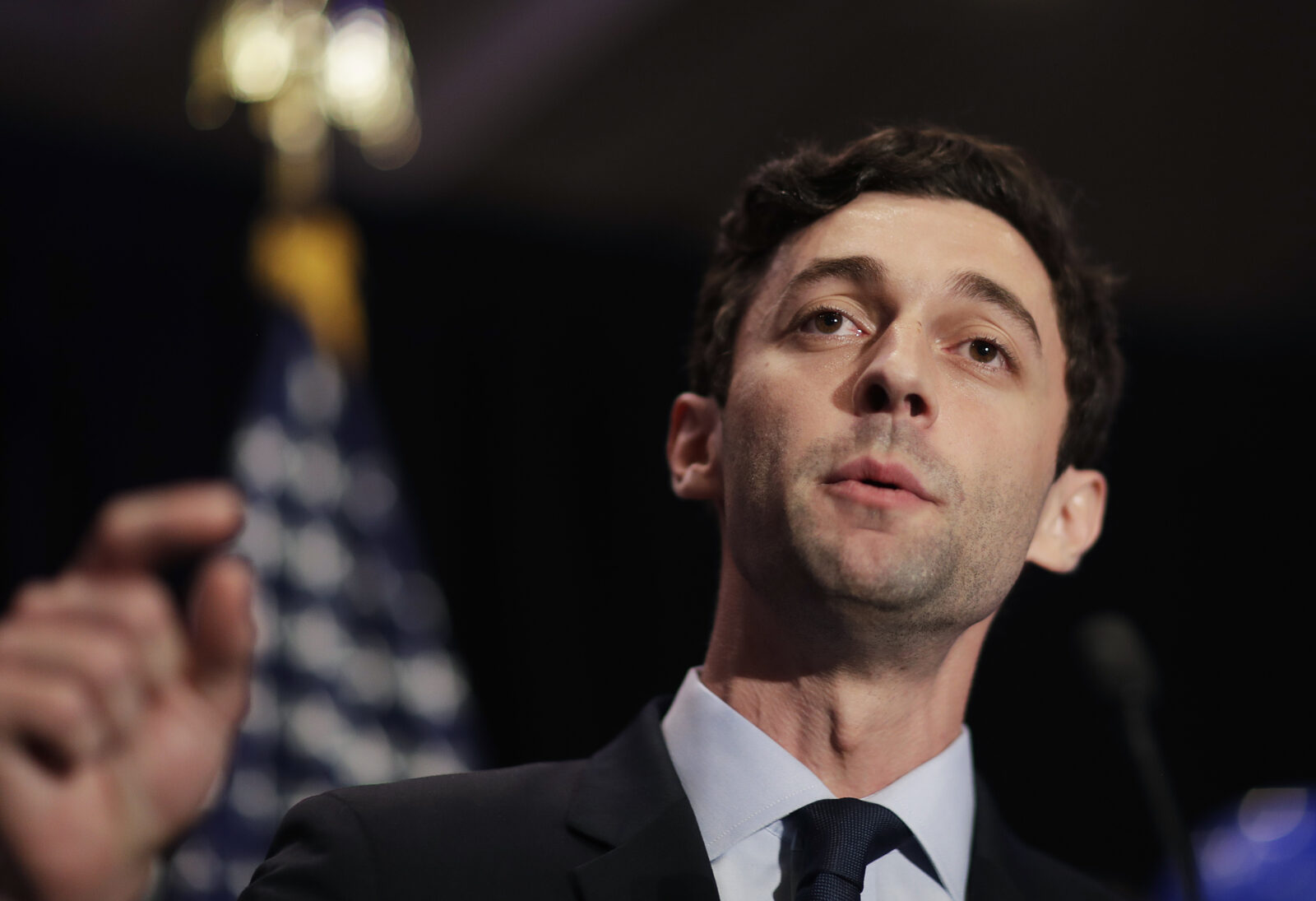 Jon Ossoff is back on the campaign trail

Before Alexandria Ocasio-Cortez and Ilhan Omar, there was Jon Ossoff. In the spring of 2017, the lanky then-30-year-old became the face of “the resistance” almost by accident.

The Georgia Democrat ran in the first special election of the Trump administration. The race was treated as a key barometer of public opinion. It became the most expensive special election in American history, attracting roughly $55 million in spending by both sides in a traditionally Republican district in suburban Atlanta.

Ossoff almost won the district outright in the first round of voting, falling just short of the 50% necessary for victory, before being narrowly defeated by Republican Karen Handel in a runoff.

Two years after that loss, Ossoff is now mounting his second bid for elected office and has thrown his hat in the ring to challenge incumbent Republican David Perdue for the United States Senate.

In an interview with Jewish Insider, Ossoff framed his run as a crusade against Washington corruption and an extension of his career as an investigative journalist who had a colleague murdered while investigating a scandal in African soccer.

The message is an extension of how the Georgia Democrat initially sold himself to voters in 2017 before shifting his focus to non-partisan issues including government waste and turning Atlanta into “the Silicon Valley of the South.” But it takes an added edge during the ongoing impeachment crisis in Washington. (Ossoff has come out in favor of an impeachment inquiry).

Ossoff told Jewish Insider, “my first act in the Senate will be to co-sponsor a constitutional amendment to repeal the Citizens United decision. He denounced a political system awash in “dark money and secret anonymous political spending” and described Perdue as “the embodiment of Washington corruption.”

On foreign policy, the Democrat denounced the 2018 decision by the Trump administration to withdraw from the Iran deal, calling it “a reckless and thoughtless mistake by withdrawing unilaterally from the nuclear deal.” In Ossoff’s view, “it has put Iran back on path towards nuclear weapons development with no clear diplomatic strategy and escalated chances of war in the Gulf. There are no clear off ramps for either side as tensions continue to escalate and it has been deeply irresponsible.”

A former legislative assistant for longtime Georgia Democratic congressman Hank Johnson, Ossoff argued that the United States should “recommit to a multilateral approach to Iran nuclear program… to restrict uranium enrichment and ensure that there are penetrating IAEA and international inspections of their nuclear facilities.” He added, “the proliferation of nuclear weapons anywhere is a threat to people anywhere, and in the Senate preventing Iran from developing a nuclear weapon will be a top priority.

He also strongly criticized the Saudi regime under the leadership of Crown Prince Mohammed bin Salman. “Our alliance with Saudi Arabia has compromised us ethically and has compromised our foreign policy,” said Ossoff. “We should cease supporting the Saudi war in Yemen and distance ourselves from regime that executes political dissidents, executes people for their sexuality and that brutally murders journalists.”

Ossoff, who is hoping to be only the second Jewish American from the South directly elected to Senate, told JI his “Jewish heritage has influenced my worldview profoundly… My relatives who are Holocaust survivors, my ancestors who fled pogroms in Eastern Europe, I think I have a heightened awareness of dangers of authoritarianism and antisemitism.”

He argued that, if elected, he could play “a constructive role in supporting negotiations” between Israel and the Palestinians as “a Jewish-American United States senator with a strong background in foreign policy and defense policy.”

Ossoff argued for a stronger emphasis on human rights in U.S. foreign policy. “Foreign policy is rightly about balancing values and interests and America throughout its history has too often, in my view, neglected its values in support of perceived interests,” said the Georgia Democrat. However, he noted, “there are U.S. officials around the world and throughout our history who have come to the aid of those facing persecution because they rightly understand that is a core part of national identity.”

Ossoff, who raised $800,000 in the three weeks after declaring his candidacy in mid-September,  still has to win the Democratic nomination for the opportunity to run against Perdue next year. He will face more than half a dozen other candidates including Teresa Tomlinson, the former mayor of Columbus, Georgia, in the May primary.