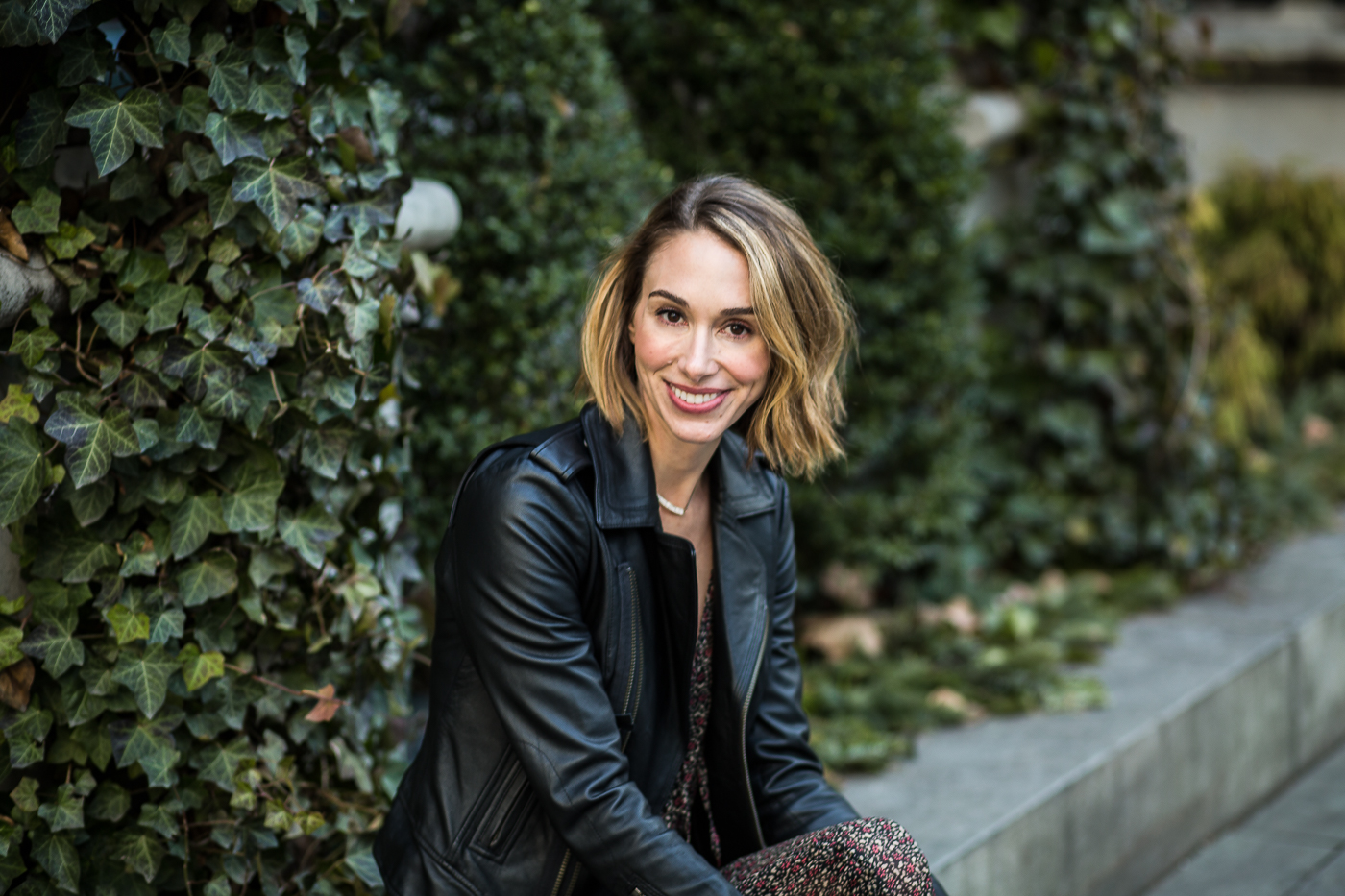 It seems fitting that Elizabeth Streisand came up with the idea for her innovative theater-industry startup, Broadway Roulette, in a fortuitous manner.

In 2011, Streisand was helping her soon-to-be husband, Eric — an investor and cousin of Barbra Streisand — operate an Airbnb out of an Upper West Side apartment he no longer lived in. Streisand, who mostly worked nights as a freelance entertainment journalist, had a flexible schedule that allowed her to accommodate guests and field their questions. Visitors kept asking her how to get tickets to Broadway shows, a process that can seem forbidding to those not well-acquainted with New York’s insular and often opaque theater world.

Streisand noticed that most of her guests didn’t care which show they saw — they just wanted to experience a Broadway production. She began offering to purchase tickets on behalf of her visitors, opting for whatever show seemed interesting at the moment. “People liked it,” Streisand, who is 37, told Jewish Insider. “And I was like, ‘Oh, wait, this could be a really interesting business.’”

Now, four years since its founding in 2015, Broadway Roulette has established itself as one of the most promising startups to emerge in New York’s theater industry. Users who want to see a show, but don’t have a strong preference for which production, can pay between $49-$59 to let Broadway Roulette decide for them. All they have to do is choose the day and number of tickets, and rule out a couple of shows they don’t want to see — no musicals, for instance. On the morning of the show, Broadway Roulette’s proprietary algorithm randomly picks a show for them to see. Collectively, Streisand and her employees see every show offered through Broadway Roulette so they know what they’re offering to users.

The idea, Streisand said, is to make something that can seem like a chore — in this case, buying tickets — fun and engaging. And users have responded well to the service. Over the past two years, the company has attracted 15,000 unique users, and around 30 percent rebook within a couple of months. One of Broadway Roulette’s biggest strengths is that it attracts locals, who make up 80% of the site’s users. During the 2017-2018 Broadway season, only 38% of all attendees were from the New York area, according to the Broadway League, the industry’s trade association. Local users are valuable to the industry as they can be turned into repeat buyers.

Over the past few years, Broadway Roulette has also attracted a number of investors, including Morgan Stanley, Halogen Ventures, and Zuckerberg Media, run by Randi Zuckerberg.

“I love when new companies bring surprise and delight back to the consumer experience,” Zuckerberg told JI via email. “Broadway Roulette does this especially well, turning the task of researching shows and comparing prices into a game, all while driving new audiences to great shows in the process.”

Despite Streisand’s success, it was not easy breaking into the theater world, which has something of a reputation for old-school stodginess and outdated business practices. But her background as a celebrity journalist for publications including Us Weekly and People primed her for the challenge. “I was so used to people telling me to go away and shutting the door in my face,” she said. After months of pitching, “Jersey Boys” agreed to partner with Broadway Roulette — and then other shows followed.

In June 2017, when Broadway Roulette closed a pivotal investing round, Streisand — who had continued working full-time as a freelancer — decided to go all in and quit her contractor position at Yahoo.

Since then, things have moved along at a good clip. Though Broadway Roulette, which makes money through its service fees, isn’t yet profitable, its overhead is low — there are four employees, not including Streisand’s dog, a Maltese-poodle mix named Marilyn Monroe whom Streisand describes as an office “therapist” — and it is growing every year. In 2017, revenue came in at around $500,0000, according to Streisand, and last year, revenue was just under $1.5 million. Streisand estimates that this year the company will bring in  somewhere between $2.5 and $3 million.

For Streisand, operating a startup has required something of a learning curve, but she has had help along the way, including from her husband, whose background is in private equity.

Still, Streisand has always lived somewhat improvisationally. The daughter of two doctors, she grew up all over the country, in places including Virginia, New York, Tennessee and Colorado. Before she became a journalist, she worked in the corporate communications department at Calvin Klein.

Being a relative newcomer has allowed Streisand to see the theater world with fresh eyes. She has become an advocate for female representation in the traditionally male-dominated theater industry, and takes pride in running a ticketing company with an all-female staff.

Fiona Rudin, who has invested in Broadway Roulette, said she was initially intrigued by the company because of the way it sought to democratize access to theater. But she signed on as an investor because she liked Streisand’s charisma, a character trait evident to anyone who meets her. At the end of her conversation with JI, Streisand, who had mentioned that she was 38 weeks pregnant, revealed that she was actually in labor but didn’t want to miss the meeting. Four days later, she emailed to say that her baby was born 12 hours after the interview.

Looking ahead, Streisand says there is room for Broadway Roulette, which recently began partnering with restaurants in the Theater District, to expand its platform to other markets and perhaps other industries, including the off-Broadway community and the Chicago improv scene.

Jonathan Demar, a Tony Award–winning theater producer who has worked on popular shows including “Hadestown,” believes that Broadway Roulette’s model could be replicated in other cities. “There’s so many markets that you could do this with,” he said in a phone interview. “I feel like the theater institution is starting to open its eyes to how we can use technology to help get people to the theater.”

For now, though, Streisand is focused on getting people to Broadway — and experiencing its special allure, regardless of the production. “Part of our platform is that all shows on Broadway are worth seeing,” she said. “And I truly believe that.”