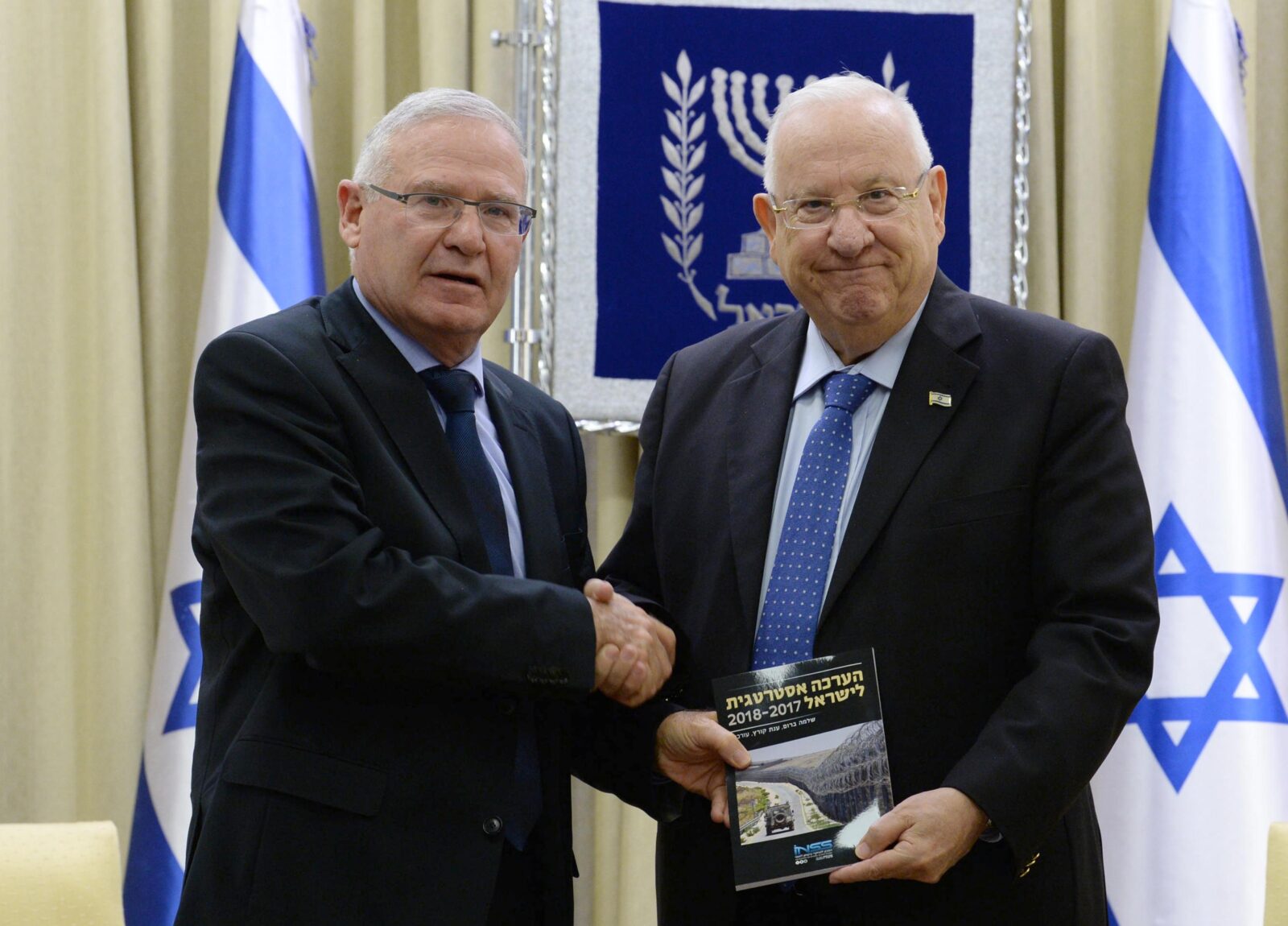 Speaking at Thursday’s swearing-in of the new Knesset, Israeli President Reuven Rivlin implored the new members to use September’s redo election results to move toward a unified government and away from the infighting that has overtaken Israeli politics. “We are facing a time of crisis for the House of Jacob, an emergency for Israel’s security and for Israeli society,” Rivlin warned at the Knesset on Thursday.

Yadlin now serves as executive director of Tel Aviv University’s Institute for National Security Studies (INSS). Yadlin — who was one of eight pilots to carry out the strike against Iraq’s Osirak nuclear reactor in June 1981 and later served as head of Israel’s army intelligence during the 2007 strike against a suspected Syrian nuclear reactor — outlined in an in-depth interview what he called the “six huge national security challenges” the next Israeli government will face. He listed the Iranian nuclear threat, Iran’s military entrenchment in Syria, Hezbollah’s precise ballistic missile development, the situation in Gaza, the Trump peace plan and the relationship between Israel and diaspora Jewry.

Days before April’s election, Yadlin was one of several former generals who appeared at a rally in support of Blue and White. The results of the September 17 election, he claimed, saved Israel “from a very grave” situation. Yadlin said that if Prime Minister Benjamin Netanyahu had managed to get a majority and form a nationalist right-wing government, he would likely have received immunity from a possible indictment, undermined the Supreme Court and maybe controversial annexations. “There were too many things that went in the wrong direction,” he said. “Now there’s a huge opportunity to bring back what Zionism was all about — the golden path (Shvil Hazahav) between right and left, between religious and secular — that we are all one people.”

The “current political situation,” in which a national unity government appears to be the most likely outcome, is better suited to deal with the aforementioned challenges, Yadlin said. “I hope we will heal some of the wounds to remind us that we are one people,” he added. “We have too many enemies, we cannot waste too much of our energy on fighting each other.”

Yadlin on Israel’s approach to Iran: “Israel has to be prepared” for two outcomes — possible talks between the U.S. and the Iranian regime or further aggression that could lead to a military conflict. “The new government will have to decide what is its red line and what it will do if Iran crosses that red line, especially on the nuclear front. There must be an Israeli strategy to be involved with the Americans. Send your best people, and put forward what are the main disadvantages of the JCPOA to make sure they are corrected.”

Israel’s absence during the Obama administration’s talks with Iran, Yadlin explained, “created a lot of damage at the end of the day, by getting a very problematic agreement. So we have to be prepared for that, and we have to be prepared for the Iranians refusing to negotiate, but breaking out with the [nuclear] program, to defend ourselves. These are the two strategies that Israel has to be prepared for. The hopes that the regime will collapse from the maximum pressure campaign — or some hopes that were in some quarters of Jerusalem that Trump will attack Iran — I think both of them are not happening.”

Yadlin on a possible U.S.-Israel defense pact: “The classical defense treaty like NATO — which would include U.S. soldiers fighting for Israel and Israeli soldiers fighting for America, and would also have some limitations on Israel’s freedom of action and the special strategic capabilities of Israel — is not good for Israel. I think that the disadvantages of such an agreement would overshadow the advantages. There may be another format that we can find that specifically deals with the existential threat of a nuclear war. You don’t ask the Americans to fight for Israel on the Golan Heights or in Gaza, and you don’t send the Golani Brigade to Afghanistan. The issue of where are Israel’s borders is not there. The concern of limiting Israel’s strategic capabilities is not on the table. It specifically deals with an existential threat, one that Israel and the U.S. can agree on — and it has bipartisan support.”

Yadlin on Trump’s tweets: “As a former chief of intelligence, this is a goldmine for America’s enemies. To know what leaders are thinking — usually the enemy leaders, not your allies — you have to invest a lot of effort and resources, and here you get it for free.”

JI asked Yadlin whether he sees himself as part of a possible Gantz-led government. In 2015, Yadlin was the Zionist Union’s candidate for defense minister, and this year he gave tacit support to Blue and White.

“I think the position I have now at INSS is very influential,” he said. “People, decision-makers, security experts and diplomats, are paying attention to what we are saying, and that is because we are not politicians. There are too many generals now in Israeli politics,” he responded, alluding to the leadership of the Blue and White party, which comprises three former IDF chiefs. “I am not ruling out the possibility, but at the time being, the INSS is the perfect place for me.”