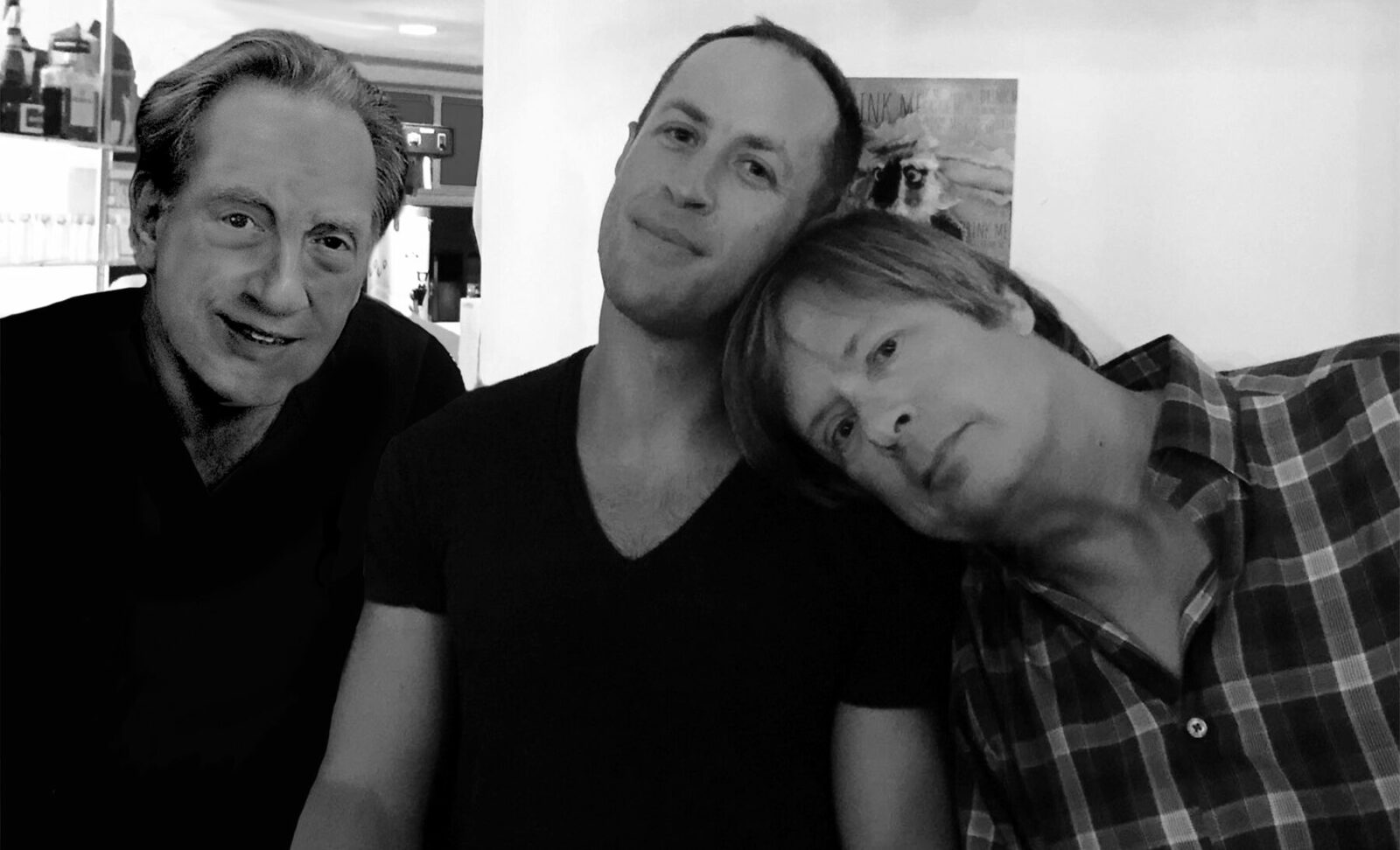 Two Jews and a gentile pen a book on Judaism

A lot of people who pick up the new book A Field Guide to the Jewish People: Who They Are, Where They Come From, What to Feed Them…and Much More. Maybe Too Much More likely have the same question: Dave Barry is Jewish?

No, the award-winning humor columnist is not a member of the tribe. But that hasn’t stopped him from teaming up for the second time with Adam Mansbach and Alan Zweibel to pen an extremely Jewish book. After the success of 2017’s For This We Left Egypt?, Barry, Mansbach, the author of Go the Fuck to Sleep, and Zweibel, an Emmy Award-winning TV writer, joined together once again to write a hilarious, rambling, confusing and even occasionally insightful comprehensive guide to the Jews.

What made them reunite for this book? “You know, I have no other friends besides Dave and Alan,” jokes Mansbach, during a four-way conference call with Jewish Insider earlier this month. In many ways the phone interview mirrored the book, veering off in tangents, patched together by three different voices and causing this reporter to burst out laughing on multiple occasions.

Both the book and the conversation seamlessly weave together truthful information and sarcastic quips with complete fabrications and head-scratching assertions. For example, this entry in the chapter on Jewish lifecycle events: “In olden days it was traditional for the bride in a Jewish wedding to circle the groom seven times, once for each dwarf.” Or the comment that “Jews bury quickly. While other religions tend to wait upwards of a week to have a funeral, we often start making arrangements if a person merely oversleeps.”

Barry, Zweibel and Mansbach are as much a comedic force of nature live as they are on the written page. That includes when I asked if they considered collaborating on any other works.

“We thought about doing a book on Presbyterian humor,” said Mansbach.

“It ended up being more of a pamphlet,” added Zweibel.

“It was actually the subject line of an email,” chimed in Barry, the son of a Presbyterian minister.

Zweibel and Barry said that Mansbach is the organized one, who kept them on track throughout the writing process.

Just like much of the content of the book, Barry cops to fabricating all the characters cited, as well as the blurbs listed on the back. When I asked if they had any rabbinical oversight for their latest work, Barry said: “What we did was we invented various rabbis and we used them. They’re all just imaginary.”

Do the authors think they can entice non-Jews into buying their latest work? They’re sure hoping so, with excellent tidbits of advice sprinkled throughout, including: “Guideline for Non-Jews Attending Their First Bris 1. Keep your mouth shut.” And when it comes to planning another key life-cycle event: “If the Weintraub Bat Mitzvah had a dessert station featuring a life-size statue of Taylor Swift sculpted from chocolate, you need to respond with, at absolute minimum, Beyoncé.”

And one of the book’s favorite targets is actor Mel Gibson, including the joke: “if you invite Mel Gibson to Rosh Hashanah, you might hand him a plate of tripe and remark, ‘Look, you’re not the only sack of shit here.’”

Attempts to get the three funnymen to be a bit more serious were met with little success. I asked the group if they thought that Jewish humor — which has accompanied the Jewish community even in its darkest moments — could be a tool in the fight against antisemitism.

Mansbach was a little more reflective, and noted that part of what the authors did during the writing process was “dig a little bit deeper about the definition of Jewish humor. Is any joke told by a Jew Jewish humor? Is there a sensibility to Jewish humor? Can a non-Jew tell what is in essence a Jewish joke? What is it about Jewish humor that has survived so long, and been so important to the culture?”

The three comedians assure me that they didn’t do any self-censoring in their latest work, and it’s clear that there were few — if any — red lines. Case in point: A list in the book of Jews who they wish were not Jews, including Roseanne Barr, Drake, Harvey Weinstein, Bernard Madoff and Stephen Miller.

There’s also another edgy joke in the book where the three authors complain about their (fictional) hotel, and are assured that “we put all our authors at that hotel. Elie Wiesel loved that hotel.” Zweibel’s response? “My guess is that hotel is the second-worst place he ever slept in.”

And Barry, the token goy, doesn’t hold back either.

“Even though I am not, technically, Jewish,” he writes, “I am involved enough in Judaism to qualify as a member of the International Zionist Cabal that secretly controls the entire world. Any day now I expect somebody to teach me the secret handshake.”

Barry grew up Presbyterian, but the Pulitzer Prize winner’s wife is Jewish, and their family belongs to a Reform temple in Miami. In 2013, they visited Israel with the temple in honor of his daughter’s bat mitzvah. I asked Barry if he considers himself the most learned gentile in all of the land.

“Oh yeah,” he said. “I’m actually learning to blow the shofar now. But I’m still working my way up to the circumcision.”

Do the three comedians feel like they have much to atone for this Yom Kippur?

“I think I’ll start on Yom Kippur and probably finish by the end of the year,” joked Zwiebel.

Barry might be only an honorary member of the tribe, but it’s clear he has a lot of love and respect for his comrades in humor — and their ability to take a joke.

“I can’t think of another religion,” he said, “where you could write a book like this and get a positive reaction.”