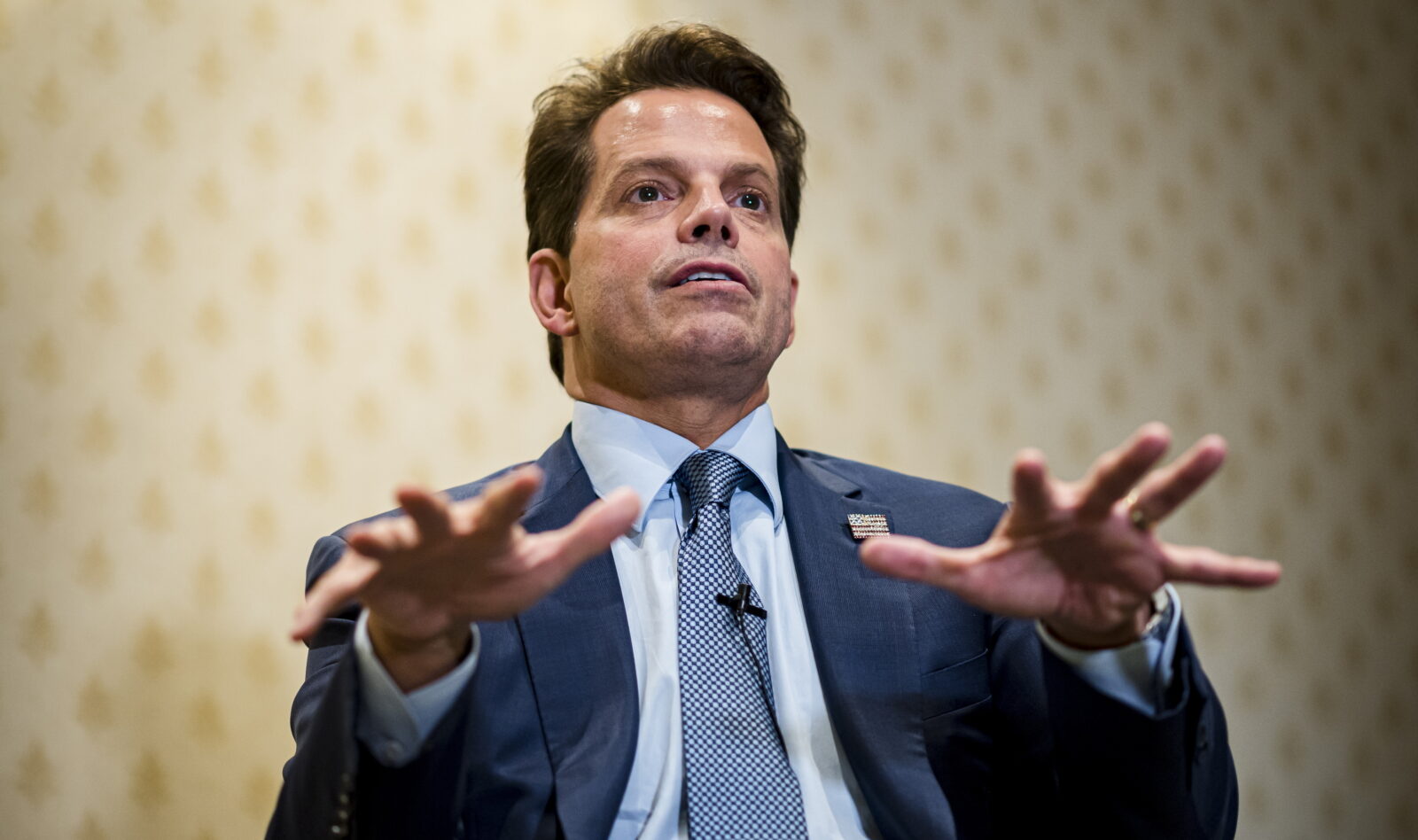 Scaramucci: Trump is not a true friend of the State of Israel

Former White House communications director Anthony “The Mooch” Scaramucci has a message for Israeli leaders: Be careful not to get too chummy with President Donald Trump, “because he burned everybody.”

“If you’re an Israeli politician, be careful because you think he’s your friend. He’s not your friend,” Scaramucci said in an interview with Jewish Insider on Friday. “He’s only using you for his own self-interest. And the minute you no longer become useful to him, he will drop you like a hot potato in a very detached, narcissistic way.”

Scaramucci remained one of Trump’s strongest defenders even after he was fired from the White House job he held for a mere 11 days. But in recent weeks, Scaramucci has heavily criticized the president on a media tour, using harsh terms to describe his character after Trump called him “a highly unstable nut job” in a tweet last month.

The former West Wing staffer suggested that the firing of National Security Advisor John Bolton last week is “just a continuation of the pathological mania of [Trump’s] personality… If you’re getting better press than him, if you’re better looking than him or if you’re more talented than him, he’ll try to drop you in his personal fire to appease himself. He makes sacrifices of loyal people into the Trump personal volcano because he has very low self esteem.”

Scaramucci warned that Israeli Prime Minister Benjamin Netanyahu could soon feel Trump’s wrath as well. “How do you think that [Trump] wouldn’t turn on [Netanyahu] given the track record of 51 people who have departed the White House and 81 people who have departed the administration?” he asked rhetorically. “He turns on political leaders on a dime, unless they’re dictators like [Vladimir] Putin or Kim [Jong-Un]. Of course he would turn on him.”

“You know and I know that you have a small handful of friends in life,” Scaramucci continued. “And so if Orthodox Jews want to hold a blind eye to the full-blown mania and craziness that is taking place at 1600 Pennsylvania Avenue right now because the president did some things that we all like — like move the embassy and other things that he did to help Israel — I think it’s mistaken. I think it’s a mistaken assessment and it’s misplaced support.”

Scaramucci also criticized Trump for accusing the Democratic Party of being anti-Israel. “I’m a Zionist. I believe in the State of Israel and I want there to be a permanent alliance between the United States and the State of Israel. So in order for that to exist, we have to make sure that the alliance with Israel and our sanctity as allies is bipartisan,” he explained. “I don’t think anybody can say that they’re anti-Israel,” he added, referencing President Barack Obama’s funding of the Iron Dome and the 10-year MOU signed in 2016.

Scaramucci recently announced that he is forming a new political action committee (PAC) to defeat Trump. He told JI that there is no chance of a ceasefire with the president, even predicting that Trump might be replaced by another Republican on the ballot next year. “I predict that I will be supporting the Republican nominee in November of 2020 and that Republican will not be Donald Trump. That’s my prediction,” he stated confidently.

Scaramucci is not yet ready to commit to supporting any of the other three Republican candidates: former congressman and South Carolina Governor Mark Sanford; one-term former Rep. Joe Walsh; and former Massachusetts Governor Bill Weld.

“There’s a couple of more weeks, there are several Republicans that need to make a decision and let’s see where they land in terms of where their decisions are. Let’s see how it shapes out before I commit to anything,” he said. “I will be working over the next 14 months to make sure that [Trump is] a one-term president. I’m a very organized guy. I’m in the process of raising a PAC. I know where to put the money in the swing states to defeat him as president. He cannot be the president for another five years.”