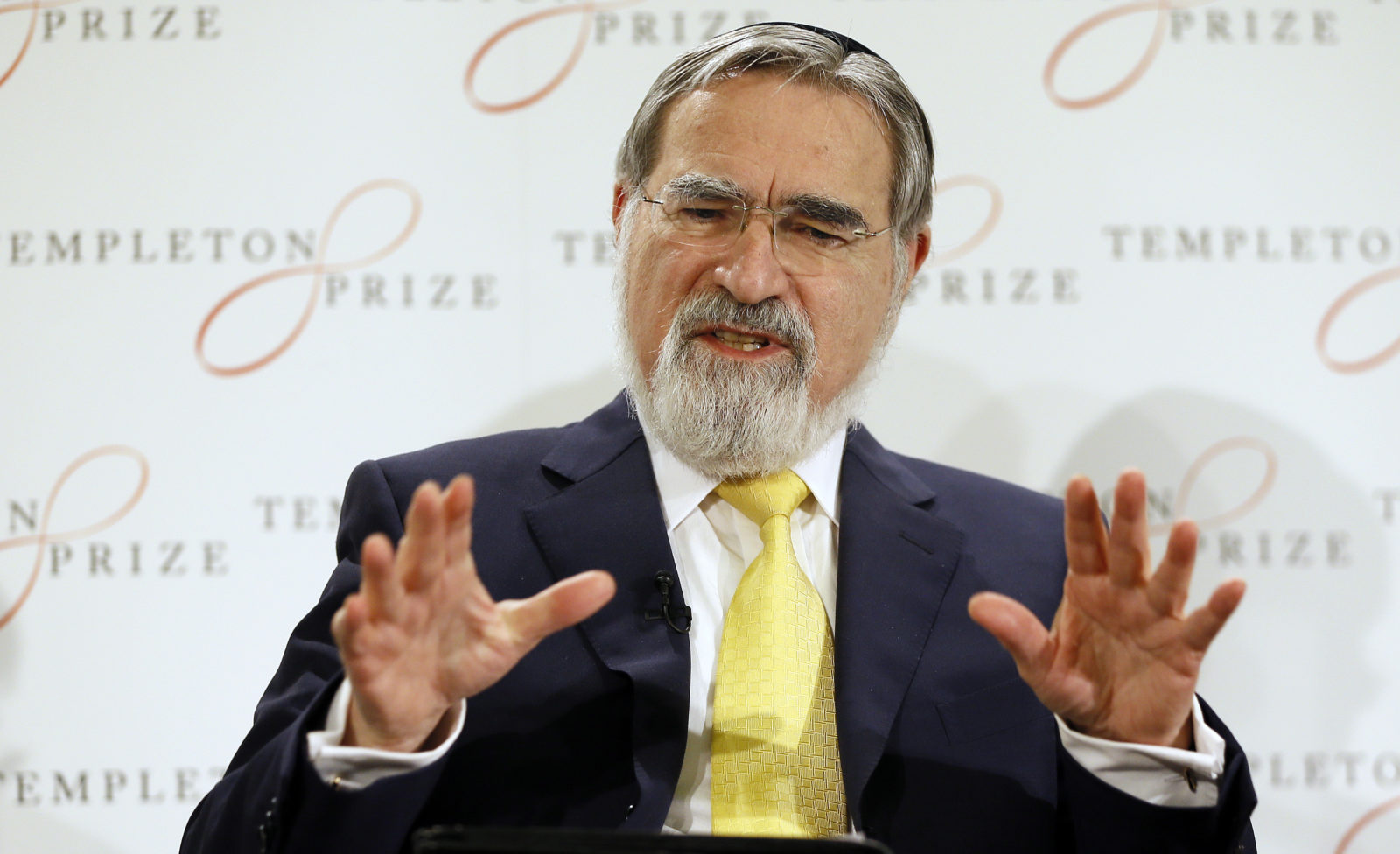 Rabbi Jonathan Sacks: Every Jew in the world has a home in Israel

The former British chief rabbi says that Jews may have enemies, but they also have very good friends

Jews around the world facing rising antisemitism should know that they have a safe haven in the State of Israel, Rabbi Lord Jonathan Sacks said in a recent interview.

The former chief rabbi of the United Kingdom spoke to Jewish Insider about the rollout of his latest initiative, a network of Whatsapp channels that will disseminate daily inspirational ideas to individuals who sign up. The messages began on Sunday, the first day of the Hebrew month of Elul, which culminates in Rosh Hashana.

Sacks is particularly proud of this initiative, which as of Monday has reached more than 15,000 sign-ups.

“Rabbis,” Sacks added, “are supposed to be teachers. It’s the oxygen we breathe. So when you have a new way of doing so — then I get very excited.”

Sacks said he wasn’t necessarily surprised by the outpouring of thousands of Jews signing up, since “people are looking for guidance in a very confused and confusing world,” he said. “And the wonderful thing about this new instant technology, is it allows us to communicate very fast and very directly to people without a lot of intermediaries.”

And what will those 15,000 people be receiving on their phones every day?

“It will be a big mix of spoken word, the written word, the visuals,” he said. “How can I connect with the [high holiday] prayers? Could you please explain some of the prayers to me? But also more general issues. How do I direct my life? How do I mend broken relationships? How do I get over some of the anger in my heart? We’re going to keep it very varied.”

Sacks is aware that many Jews around the globe are living in tense times and worried about the rising tide of antisemitism. But, he said, quoting Rabbi Nachman of Breslav, “the important thing is not to be afraid.”

“The terrifying thing about antisemitism in the 19th and early 20th century was that Jews had nowhere else to go,” he said. “Today we have a State of Israel. That means that every Jew in the world has a home — in the sense in which the poet Robert Frost defined it — as a place where, when you have to go there, they have to let you in. And that means that we walk without fear.”

There is one thing that Sacks pursued as chief rabbi, that he urges American Jews to embrace as well.

“We may have enemies out there, but we also have friends and they are very, very good friends,” he said. “So I would urge the American Jewish community do what I’m sure it’s done very well already… which is to go out and make friends, make friends among non-Jews, among other religious groups, among key figures in the political world, across parties.”

The relationships that he and the British Jewish community built with political figures has been crucial, Sacks said.

“When you get Tony Blair and Gordon Brown — both of whom were prime ministers from that party [of Labour leader Jeremy Corbyn] — coming out and saying this is absolutely unacceptable, it makes a huge difference when they are [the ones] saying it,” Sacks said. “They’ve been absolutely rock solid because they were the first people we ever enlisted… I believe the campaign against antisemitism in any country should be led by non-Jews.”

Asked about the internal divisions among the Jewish community, Sacks let out a laugh.

“I just get bored by internal divisions,” he said. “Haven’t we got enough enemies out there? It’s deja vu, been there done that. Let’s do something interesting for change. Let’s be friends.”

Sacks said that he put together two principles as British chief rabbi that helped solve many of the community’s conflicts.