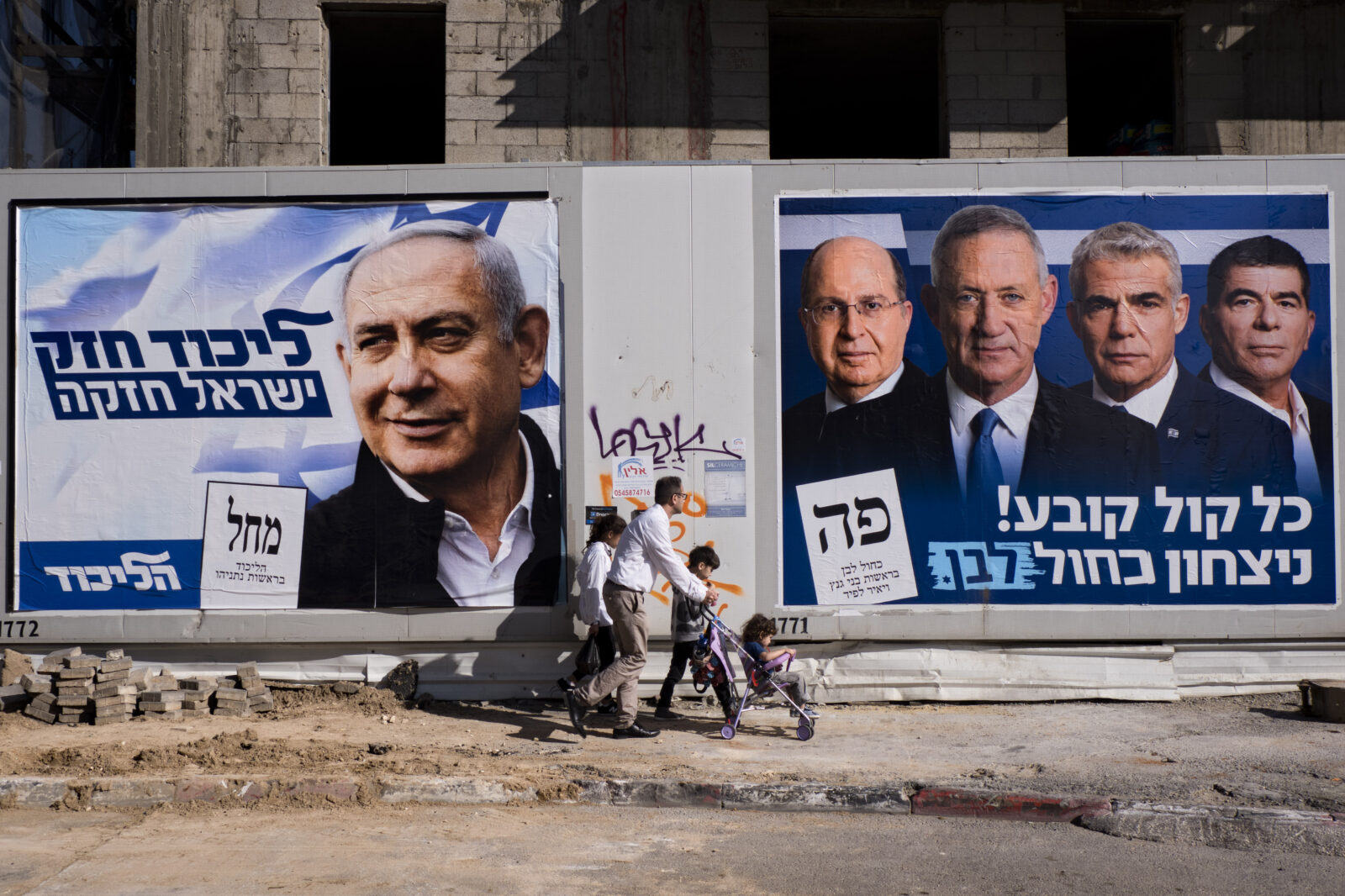 Israel heads to the polls — again. What to expect this time?

It will have been just 161 days — five months, one week and one day — between Israel’s last national election and the one slated for Tuesday. For the first time in the country’s history, nobody was able to form a government after April’s vote, and a redo election was called. What has changed over the past five months and what remains the same? What are the likely outcomes of this week’s election — and could a third round be a possibility?

It’s unlikely that many Israelis have changed their political views over the past five months. Indeed, polls show that Prime Minister Benjamin Netanyahu’s Likud and Benny Gantz’s Blue and White are once again running neck-and-neck to become the largest party in the next Knesset. In April, they each garnered 35 seats, and the final polls published before the redo election showed them each poised to receive between 30-33 seats.

The overall party landscape is relatively similar as well, though there have been a few changes. Moshe Kahlon’s Kulanu merged with Likud. Naftali Bennett and Ayelet Shaked’s New Right Party — which didn’t pass the 3.25% electoral threshold in April — has joined back up with Jewish Home to form Yamina, this time excluding the far-right Jewish Power Party. Amir Peretz replaced Avi Gabbay as Labor head and merged with Orly Levy’s Gesher, which also missed the threshold earlier this year. The Arab parties reformed their merged Joint List, and Moshe Feiglin’s failed Zehut dropped out after cutting a deal with Netanyahu. Former Prime Minister Ehud Barak reentered politics and joined up with Meretz and renegade Labor MK Stav Shaffir to form the Democratic Union.

And while in April, a record 47 parties registered for the election, this time just 31 will be on the ballot. More than 350,000 votes — 8.4% of all ballots — were thrown out earlier this year after being cast for parties that fell beneath the threshold. With the number of competing parties dropping, that figure is likely to fall as well.

But perhaps the biggest change between the two elections is voter apathy. Israelis are largely sick and tired of the politicking, the campaigning and the money wasted in restaging the election. Anecdotally, many Israelis have indicated they will stay home from the polls come Tuesday, and voter turnout is predicted to drop significantly from April’s 68%. That drop in turnout is expected to strengthen the haredi parties, whose constituents tend to vote out of a sense of religious obligation — so much so that Yisrael Beytenu’s Avigdor Lieberman has been pushing for mandatory voting legislation to help counter the ultra-Orthodox voting edge.

In a twist of irony, while Lieberman is largely responsible for the redo election, and the do-over vote is unpopular, the former defense minister himself appears poised to benefit. In the April vote Yisrael Beytenu received 5 seats, but the latest polls show it getting 8-11 in next week’s election.

Lieberman heads one of the few parties that has not promised to join either Likud or Blue and White in a governing coalition. Instead, he has vowed to join the two parties together in a unity government that includes Yisrael Beytenu and leaves the haredi parties in the opposition.

By 10 p.m. on Tuesday evening, Israelis will have completed voting in their second national election of 2019. Exit polls will be published immediately, but official results will only begin trickling in overnight. Counting of the “double envelope” votes — from soldiers, prisoners and hospital patients — likely won’t be complete until Wednesday evening or Thursday morning.

Once the seats alloted to each party are finalized, party leaders will begin to meet with President Reuven Rivlin and recommend someone who will be tasked with forming a coalition. That person gets 28 days — plus a potential extension — to fashion a 61-seat majority government.

What are the likely outcomes?

The final polls published before the election show that both Netanyahu and Gantz are likely to struggle to build a coalition. Unless the right-wing and haredi parties vastly outperform the polls, Netanyahu will likely try once again to convince Lieberman to join a coalition with the ultra-Orthodox parties, which is exactly what he refused to do in April.

And unless the left-wing parties and Blue and White significantly surpass polling expectations, Gantz won’t be able to form a government either. Even with the support of the Arab parties — something Blue and White has dismissed and many of the Joint List members have derided — Gantz will be unable to form a coalition without Lieberman, who will never sit with the Arab factions.

Lieberman — who former Israeli Ambassador to the U.S. Michael Oren dubbed the potential kingmaker and the kingslayer in The Atlantic last month — appears to hold all the cards. And he has vowed to push Likud and Blue and White to sit together in a unity government. Likud has vociferously sworn against such a move, and Blue and White leaders have said they will never sit with Netanyahu. Speculation has also run rampant that somehow Netanyahu will be forced out of the Likud leadership, and a new party leader will agree to a unity coalition. That rumor spurred Netanyahu to force 40 members of the party to swear a loyalty pledge to him last month.

No matter the outcome, the normally quiet news period in Israel over the High Holidays will instead be dominated by headlines over coalition engineering. The only thing that appears clear ahead of the vote is that some — if not all — of the parties will be breaking their campaign promises.

And if no government is able to be built at all once more? That’s right — a third election.