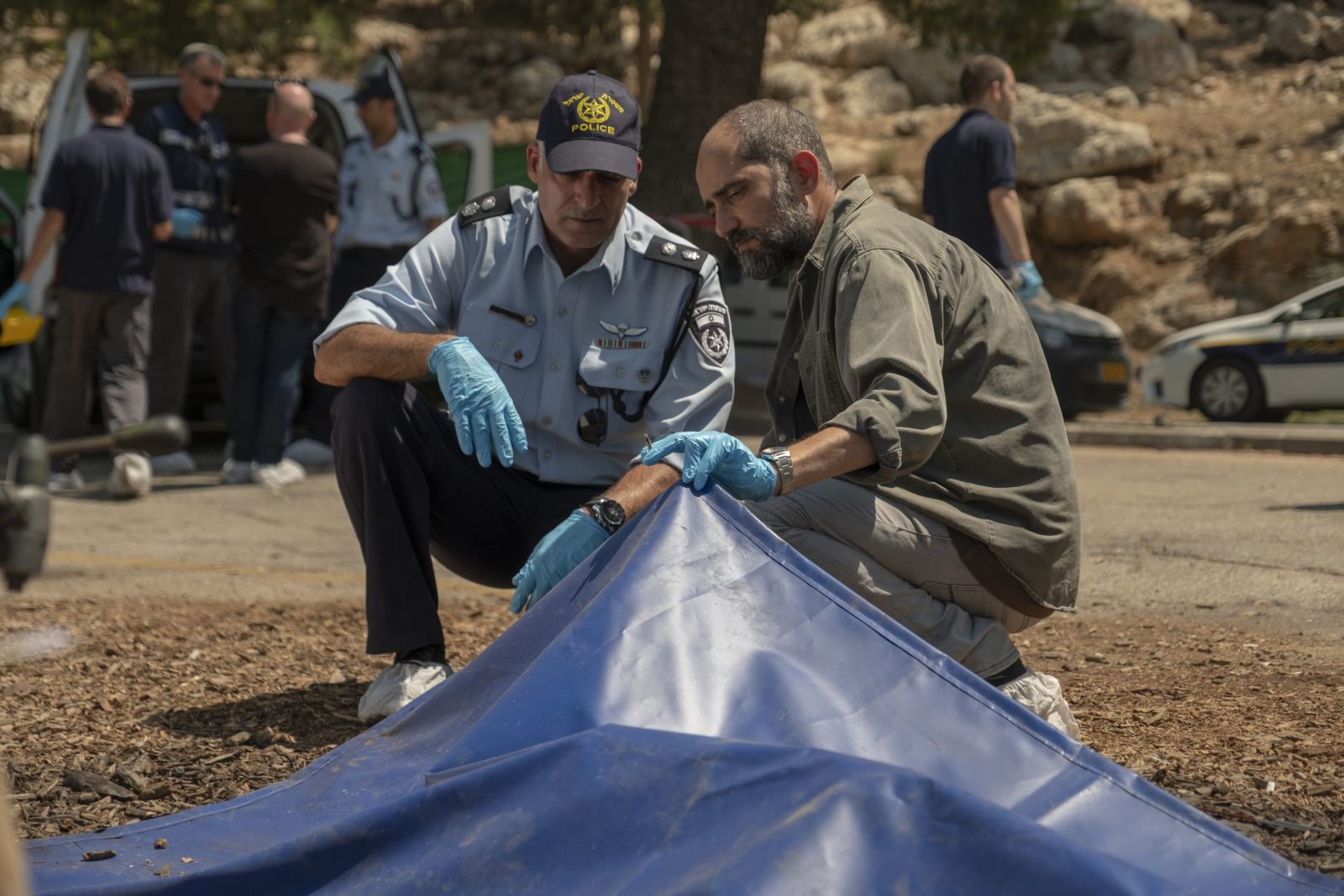 The political message behind HBO’s new Israeli drama ‘Our Boys’

“Examining your own aggression prevents the next victim,” said filmmaker Joseph Cedar.

The contentious, dramatic events that marred the summer of 2014 in Israel will be dramatized in the HBO series “Our Boys,” which premieres a week from today on August 12.

On June 12, 2014, three Israeli teenagers — Eyal Yifrach, Gilad Sha’ear and Naftali Fraenkel — were kidnapped by Hamas terrorists. After a nationwide search of more than two weeks that left the country on edge, their bodies were found dumped in a field. Two days later, the burned body of Palestinian teenager Mohammed Abu Khdeir was discovered in a western Jerusalem forest. “Our Boys” follows the Shin Bet’s investigation into Abu Khdeir’s murder, revealing an unexpected story that the show’s creators believe is worth retelling — for both dramatic and political reasons.

While “Our Boys” begins with the kidnapping of the three Israeli teenagers, neither the boys nor their families appear as actual characters in the show. Viewers are instead brought up to speed courtesy of news footage from 2014. In contrast, Abu Khdeir and his family are introduced as well-developed characters with whom the audience can sympathize.

Hagai Levi, one of the show’s Israeli creators, explained the decision to Jewish Insider: “It’s much more interesting to deal with my own soul searching than why ‘the other’ would do something to me,” he said.

Levi, along with co-creators Joseph Cedar (who previously directed “Norman”) and Palestinian filmmaker Tawfik Abu Wael, visited New York City last week to promote the show. Joined by actor Shlomi Elkabetz (who plays Shin Bet operative Simon), the three filmmakers sat down with JI in the reading room of The Whitby Hotel in midtown Manhattan to share what drew them to the project.

“We’re on this wheel,” notes Cedar, who was born in New York but immigrated to Jerusalem at age six, regarding the Israeli-Palestinian conflict. “A cycle of where some kind of violent act creates victimhood, suffering, pain that then creates rage, that turns into a violent act that creates pain, suffering, victimhood and so on.” In Cedar’s view, “aggression is more interesting than victimhood and so dramatically that’s probably the reason.”

Cedar said the decision to focus on Khdeir also had political motivations. “There’s also a political reason for us focusing on the aggression and not the victimhood,” he said. “Holding onto victimhood creates more aggression. Examining your own aggression prevents the next victim. We’re not interested in our own victimhood, not because we don’t sympathize with the pain but, because we have an interest in stopping the cycle.”

For a show about a region with competing narratives, the creators embraced their own differences and didn’t shy away from the challenge of syncing those views into a single series.

Abu Wael, who directed the Palestinian scenes for “Our Boys,” said the series is written from an Israeli point of view, which created a challenge for him. “It is very difficult because from a Palestinian point of view, the first thing they will say is ‘but the occupation didn’t start with the kidnapping of the three boys. The killers of the three boys were living under apartheid.’”

Cedar, who argued that there are both Israeli and Palestinian points of view in the miniseries, conceded that for Abu Wael, even if the three Israeli boys aren’t characters in the show, “the decision to start the cycle with our victimhood is a cop-out on our side.”

It remains to be seen how the average HBO viewer will react to a show diving deep into the murky waters of the Israeli-Palestinian conflict. The Shin Bet’s investigation into Abu Khdeir’s murder leads them to a pair of Mizrahi yeshiva students in the West Jerusalem neighborhood of Har Nof, a group not typically associated with acts of extremism. “For us it was very important to show the hidden currents in society and not the obvious ones,” Levi said.

Cedar said the identity of Khdeir’s murderers reverberated through Israel in a unique way.

“One of the interesting things that happened when the identity of the killers became known is that all Israelis had a sigh of relief,” Cedar recalls. “They’re not one of us. It’s either an insane man who forces his young nephews to take part in this or they’re in some weird group that has no larger institutionalized base, or no belonging to something that reflects on us. It’s extremely rare and it probably will never happen again because it’s so rare.”

For Cedar, the series demonstrates how that perception is wrong, and in his view, there is no way for Israeli Jews to distance themselves from the murder.

Elkabetz, whose character leads the Shin Bet investigation on the show, said there might not have been an organization behind the murder, but “if individuals decide to do an act, you understand there are bigger influences. It’s in the air and they get permission from it.”

For fans of “Fauda” and “Shtisel,” “Our Boys” incorporates both similar dynamics and even several cast members from the two shows. Shadi Mar’i, who plays Walid on “Fauda,” appears on “Our Boys” as Abu Khdeir’s older brother, while Michael Aloni, who plays Akiva on “Shtisel,” is a Shin Bet investigator.

Abu Wael points out that there are only so many actors in Israel, but says there’s a key difference between “Fauda” and “Our Boys.”

“On Fauda, Palestinians are either terrorists or traitors,” he said. “This show is different because you have a very normal Palestinian family with dreams like everyone else.”