Yossi Klein Halevi: We’re living in the “most extraordinary moment in Jewish history” 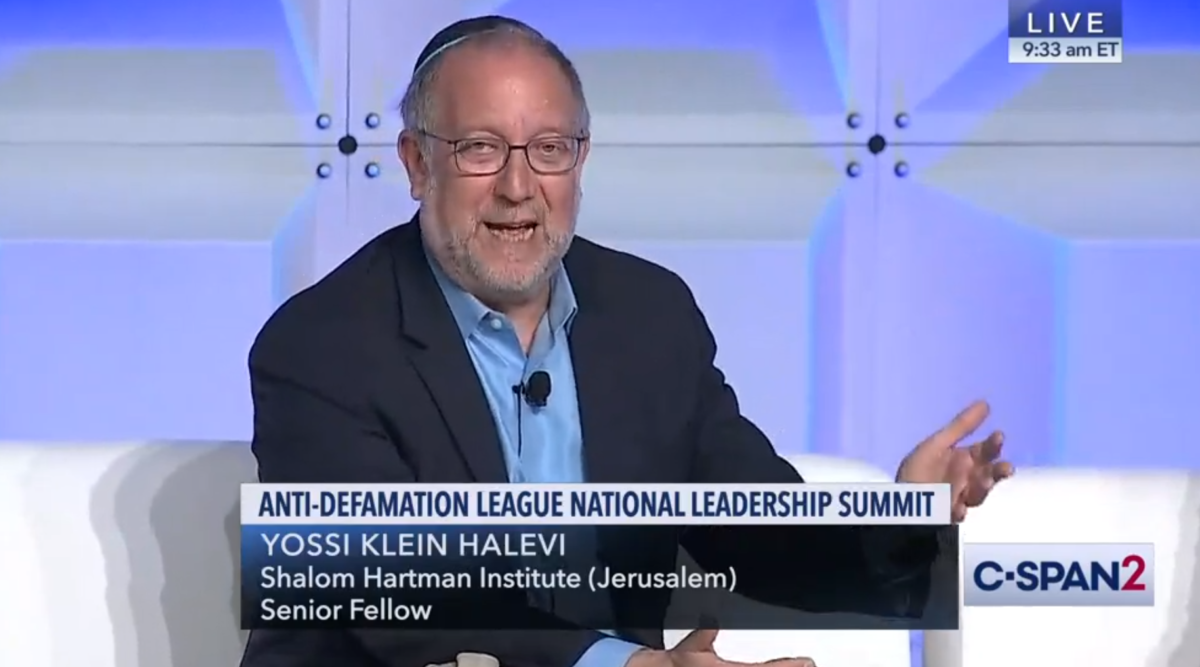 Israeli author Yossi Klein Halevi was optimistic of the prospects Israel and American Jews face in his remarks at the Anti-Defamation League’s (ADL) national leadership summit in Washington, D.C. on Monday.

“I am trying to be an optimist both about Israel and American Jewry because I think that it has a certain self-fulfilling quality,” Klein Halevi said in conversation with ADL CEO Jonathan Greenblatt. “And I also think that there’s a great deal for us to still be optimistic about. We are living, to my mind, in the most extraordinary moment in Jewish history, and I really believe that we are seeing the two most interesting Jewish experiments that we have ever had. We are seeing not just a sovereign Jewish state — we have had sovereignty in the past. But nothing that we’ve ever experienced in ancient times can compare to the reach and the influence and the self-confidence that the state of Israel generates.”

“And at the same time, we have never had a Diaspora community like American Jewry. And the fact that these two experiments emerged more or less simultaneously post World War II is really a gift that we are still struggling to absorb. And in that sense, I think that we need to find a certain inner balance between a resolve for dealing with threats, both external and internal — and we have our share of internal threats in some ways. Those worry me more, to be honest — and yet at the same time, we have never had the resources, the capabilities, to deal with threats as we have it now.”

Greenblatt offered that, “there is almost no one sitting in this room today who remembers a time when the Jews didn’t have sovereignty. I mean, that is an historical anomaly. And I deeply believe that whether you know it or not, whether it’s a conscious part of your identity or it’s unconscious, the confidence the Jewish community in this country has, the spring in our step and what we do here is in large part, I do think, animated and enabled by the success of the state of Israel.”

“Even if you are not in touch with it, it’s there and it enables us — it has enabled us to succeed and thrive here in a way which exceeds what happened throughout our history for thousands of years.”