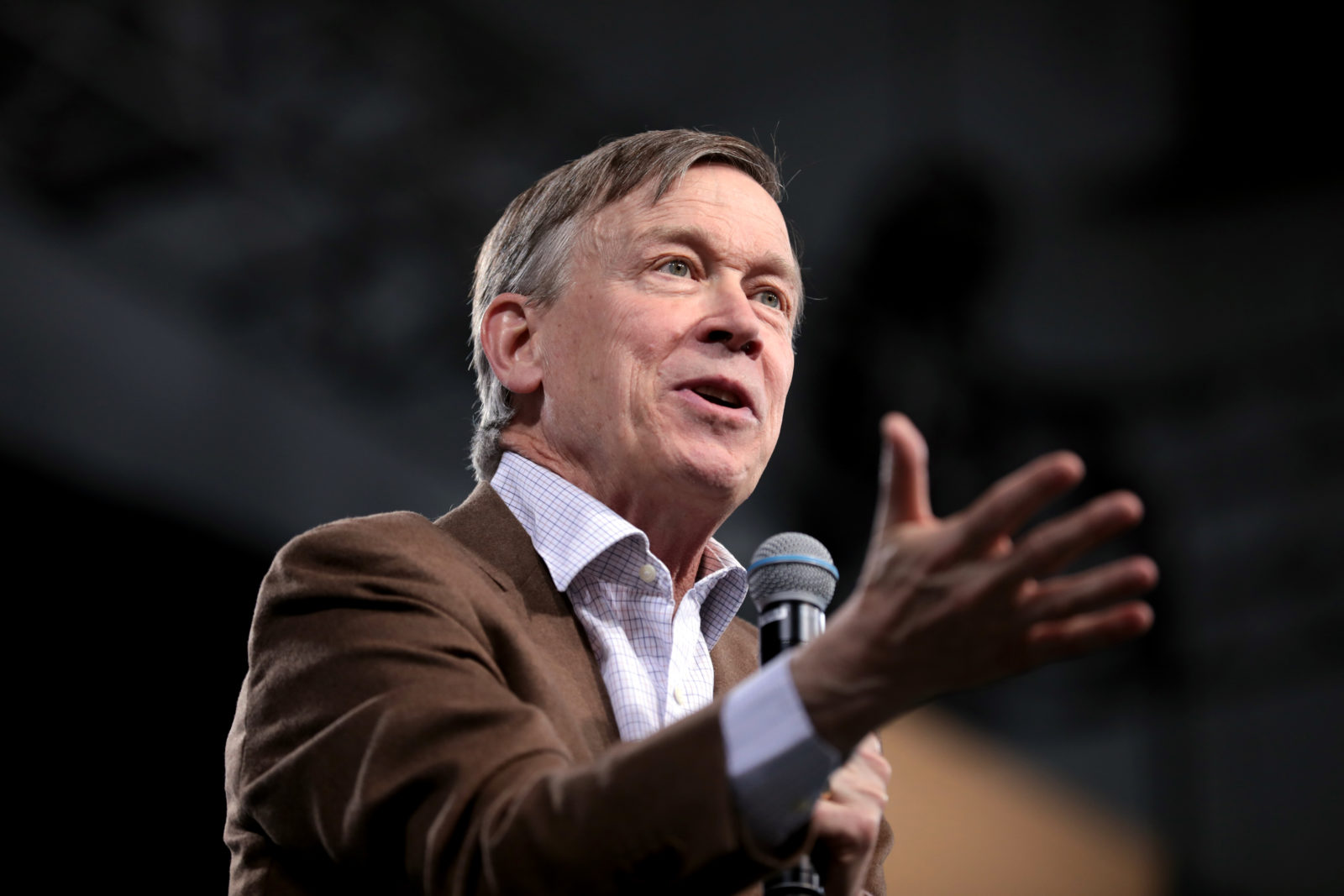 John Hickenlooper: If I had said what Biden had said, I would apologize

The former Colorado Governor made clear though that “with 24 candidates, I’m not going to go around telling each person what they should say.”

Former Colorado Governor John Hickenlooper offered guarded criticism of Joe Biden’s comments about segregationist senators in an interview with Jewish Insider on Sunday. “If I had said what the vice president had said. . . I would apologize” said Hickenlooper when asked about Biden’s remarks delivered at a New York fundraiser last Tuesday.

Biden praised two former senators, James Eastland and Herman Talmadge, both of whom supported segregation, saying “At least there was some civility,” when he served with them. The former six-term senator from Delaware added “We got things done. We didn’t agree on much of anything. We got things done. We got it finished. But today, you look at the other side and you’re the enemy. Not the opposition — the enemy. We don’t talk to each other anymore.”

The former vice president later responded sharply to call from fellow Democratic candidate Cory Booker to apologize. “Apologize for what? Cory should apologize,” Biden said. “He knows better. There’s not a racist bone in my body.”

Hickenlooper made clear though that “with 24 candidates, I’m not going to go around telling each person what they should say.” “It’s pretty clear what I say.”

The interview came as Hickenlooper was leaving South Carolina where over 20 candidates participated in a series of party cattle calls.

The former Colorado governor, who is vocally opposed to the leftward drift in his party, was booed at the California State Democratic Convention in June when he said “socialism is not the answer.” He couched his appeal in pragmatic terms, emphasizing the electoral liability of the label “socialist.”

“I don’t think large government expansions are solutions to our problems,” said Hickenlooper. “I especially feel that if we as Democrats aren’t very clear that if we are not socialists, Republicans are going to call us socialists all day long.”

He pointed a “number of” swing districts in the midterms where “the GOP tried to attack Democratic candidates as socialists and they rejected it, [asking] ‘what are we even doing that’s remotely akin to socialism.’” In Hickenlooper’s view, “the public doesn’t buy into wild claims from Republicans unless they go unanswered.”

The Colorado Democrat sees this drift in foreign policy as well. “In various ways, you see it in a lot of places, certainly in terms of the Middle East,” says Hickenlooper. “We don’t always approve of the decisions of [the] Israeli government but most of us recognize Israel is ally of long standing, one of our strongest allies and even when someone criticizes certain activities of [the] Israeli government, it doesn’t mean we are in anyway diminishing our presence and long term support of the country.”

Hickenlooper also pointed out that “the countries that the United States has its strongest alliances with are generally countries that operate similar methods of our own, usually democracies, generally open markets, believe in rule of law, and by all of our categories, Israel is one of our closest allies.”

The Colorado governor tells JI that he hasn’t had a chance to look at the plan offered by top White House aide Jared Kushner on Saturday to boost the Palestinian economy. He did point out that past efforts without any political aspects or Palestinian buy-in “haven’t been successful. I think we have to recognize the history and we should put more effort trying to build a better future.”

However, “I do recognize and value that the Palestinians are dealing with their own humanitarian issues. . .  and making investments that will help them improve their lives and creating a stronger economy but at the same time make sure that we’re moving towards a long term peace, that’s a challenge,” Hickenlooper noted.

Hickenlooper also argues the importance of human rights in foreign policy, noting that “this country is based on human rights, based on fundamental values that the government doesn’t have undue authority to persecute, imprison or torture the public.”

On a key human rights issue, Hickenlooper voiced support for congressional efforts to cut off support for Saudi military activity in Yemen. “I don’t think supporting the Saudi campaign in Yemen is a great idea.”

Closer to home, the former governor expressed his horror at the ongoing situation at the border where migrant children are being detained in filthy conditions without basic necessities. However, he did not go so far as some Democrats like New York Congresswoman Alexandria Ocasio-Cortez who called the detention centers “concentration camps.”

“I think there is no denying that what we are seeing is a humanitarian disaster at the border,” said Hickenlooper. “I wouldn’t invoke the term ‘concentration camp,’ that is in no way to diminish these circumstances which most Americans could never imagine the government consider or implement.” He added “it’s a humanitarian crisis. We need to address it and recognize it for what it is, obviously we need more resources, more staff, more accommodations, it is has gotten completely out of hand.”

Hickenlooper will appear on the second night of the first Democratic presidential debate in Miami on Thursday.