Lauder had said, “We’ve all seen the unsettling change in support for Israel in the Democratic Party” 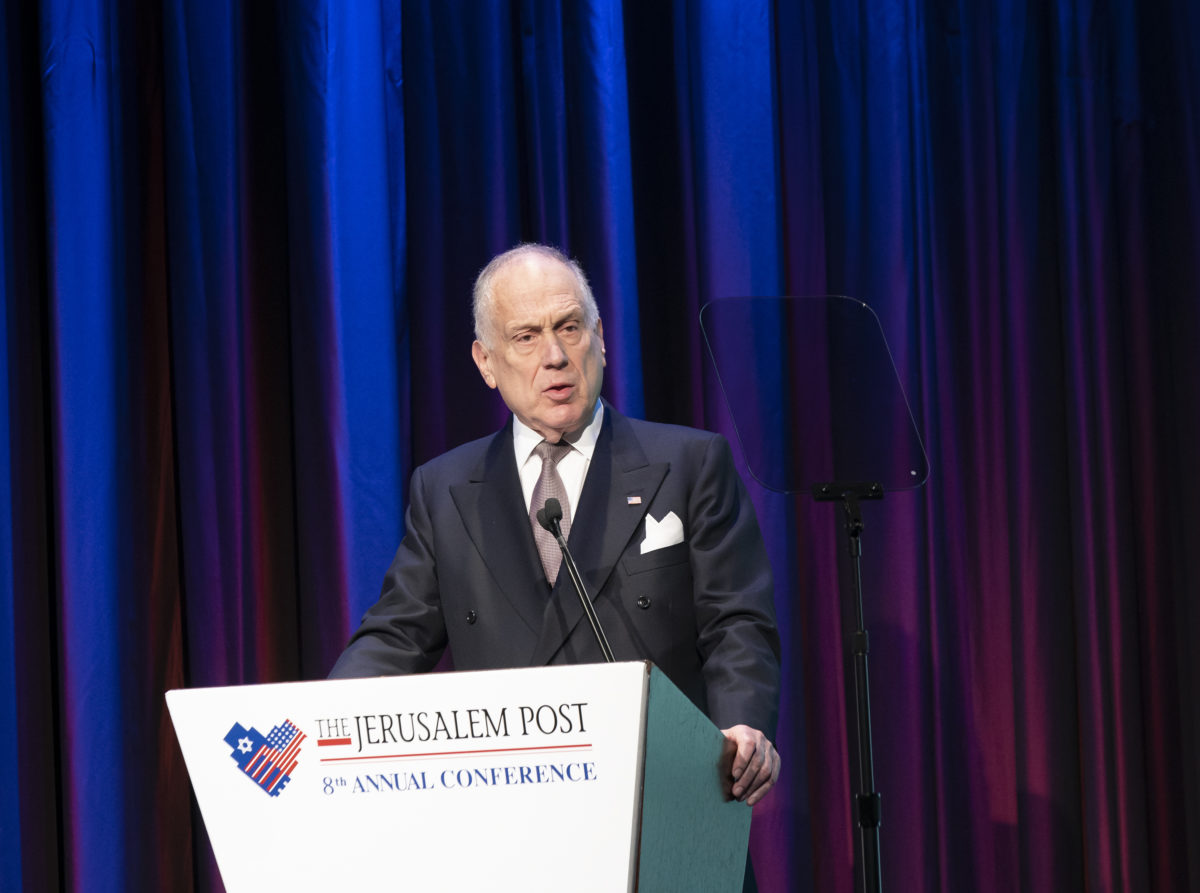 On Sunday, Ronald Lauder, president of the World Jewish Congress, warned against the “unsettling” drift in support for Israel among Democratic presidential candidates.

“We’ve all seen the unsettling change in support for Israel in the Democratic Party. Democrats were once Israel’s strongest supporters beginning with Harry Truman in 1948, but today polls show us that only 24 percent of Democrats side with Israel,” Lauder said in remarks at the Jerusalem Post conference held at the Marriott Marquis in NYC. “Most of the presidential candidates in the Democratic Party have distanced themselves from Israel because they see the base of the party moving away from the Jewish state.”

Lauder also called on U.S. Jews to support Israel: “Secular and reform Jews in the Diaspora must show greater solidarity with Israel than to left-wing ideas. Believe me, socialism won’t save you from antisemitism, but Israel will.”

The Fallout: Mark Mellman, president and CEO of Democratic Majority for Israel, slammed Lauder for his “misleading” observation about Democratic support for Israel.

“Mr. Lauder’s remarks are misleading and propagate a myth that damages the U.S. Israel relationship,” Mellman said in a statement. “The vast majority of the 280 Democrats serving in the House and Senate and the 23 Democratic Governors have long pro-Israel records. They support a strong U.S-Israel alliance, Israel’s right to defend itself, U.S. aid to Israel and a lasting peace through a two-state solution negotiated by Israelis and Palestinians. While some have expressed disagreements with certain policies of Prime Minister Netanyahu, as have many pro-Israel organizations in the U.S., one can be critical of the government’s policies and still be pro-Israel.”

Halie Soifer, executive director of the Jewish Democratic Council of America (JDCA), said in an interview with Jewish Insider that Lauder’s remarks are “completely baseless.”

“There’s no evidence to support the claims that Democratic support for Israel has diminished in any way,” Soifer explained. “We’ve seen no diminishing of this support and this includes even among the candidates. I think that there are some, as we get closer to 2020, [who] are trying to draw these distinctions where they just don’t exist, and we’re going to push back against these false narratives with facts. The facts are that strong support for Israel remains in the Democratic party and within Jewish community.”

Contrary to Lauder’s claim, says Batya Ungar-Sargan, opinion editor of the Forward, the views expressed by the 2020 Democratic candidates reflect the politics of the American Jewish community. “To call them anti-Israel is to call us all anti-Israel,” she said in an email to JI, calling the equivocation “ridiculous!”