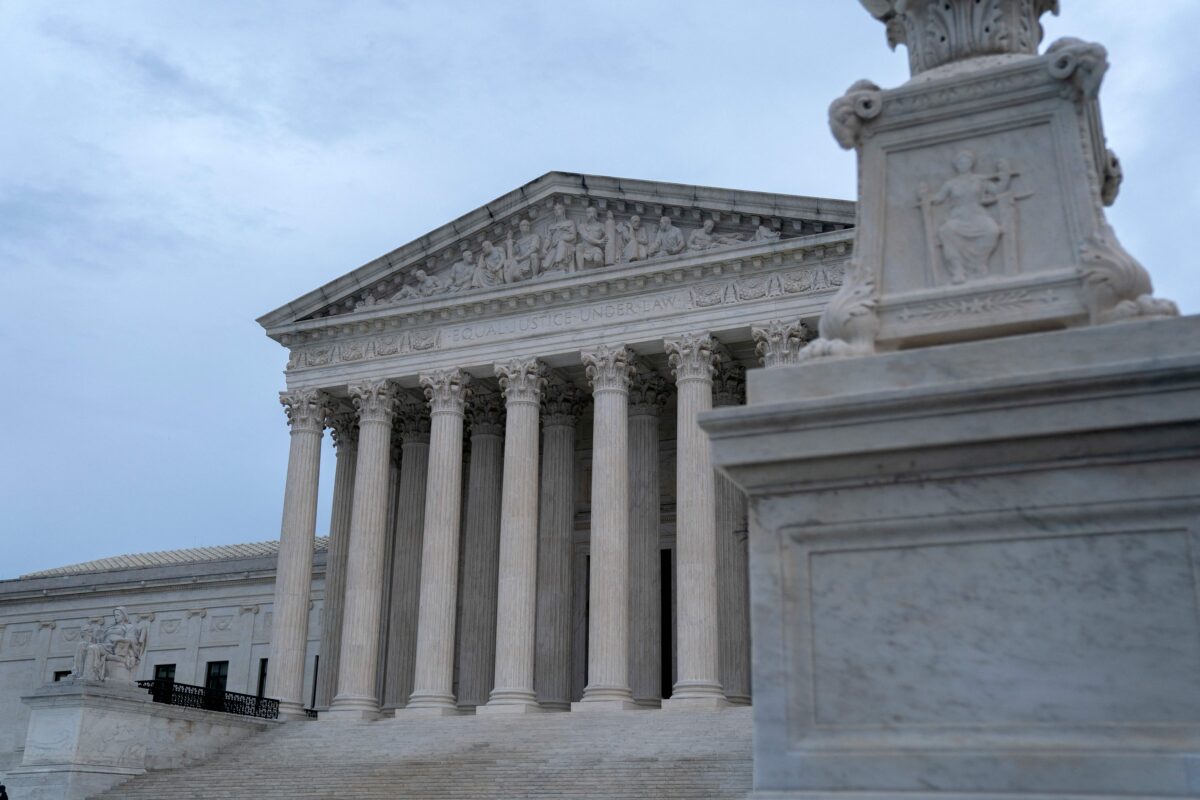 Several Jewish advocacy groups are urging the Supreme Court to take up a case that could overturn decades-old precedent and significantly expand the scope of religious accommodations that employers are required to provide to their employees as the Court begins its new term.

In Groff v. DeJoy, a former mail carrier is suing the U.S. Postal Service, which disciplined him and threatened to terminate him because he refused to work on Sundays. USPS attempted to fill some of his Sunday shifts, but was unable to fill all of them. The mail carrier, an evangelical Christian, quit his job, saying that his religious beliefs did not permit him to work on Sundays.

Under Title VII of the Civil Rights Act, as amended in 1972, employers must accommodate their employees’ religious beliefs unless doing so causes an “undue hardship.” Soon after this provision was passed, the Supreme Court ruled in Trans World Airlines v. Hardison that employers are not required to grant accommodations that impose anything beyond a “de minimis cost” on the employer.

The 3rd Circuit Court of Appeals said earlier this year that efforts to grant the postal employee an exemption from work on Sundays had strained USPS resources and forced his co-workers to take on additional shifts and responsibilities, spurred workplace tensions and negatively impacted morale, creating “undue hardship” to the USPS and his co-workers.

Jewish groups — particularly those representing Jews who strictly observe the Sabbath and Jewish holidays — have long sought to overturn the “de minimis cost test” established in the Hardison ruling. The Supreme Court has declined to take up similar cases in recent years, although three justices — Samuel Alito, Clarence Thomas and Neal Gorsuch — have indicated an interest in overturning Hardison.

The National Jewish Commission on Law and Public Affairs (COLPA), Orthodox Union and The Jewish Coalition for Religious Liberty (JCRL) each filed briefs urging the high court to consider Groff v. DeJoy, with a range of Orthodox groups — including Agudath Israel of America — joining the COLPA brief.

While justices do not provide their reasoning for rejecting petitions, the groups that have filed briefs are hopeful that a new justice who joined the court since the last rejection of a similar case — likely Justice Amy Coney Barrett — will be supportive of this petition. Four justices must support a petition for a case to be considered by the court.

“Just the calendar of this month is a great illustration [of the Jewish community’s interest in this case] — because so many Jews have to take off so many weekdays for Rosh Hashanah, for Yom Kippur, for Sukkot.” Nathan Diament, the OU’s executive director for public policy, told Jewish Insider. “And thankfully, most employers are accommodating of that sort of thing, but not all are and we don’t want anybody to be forced to have to choose between their livelihood and their ability to observe holidays or Shabbat.”

“That’s not what Congress intended… that was such a very big blow,” said Nathan Lewin, a constitutional lawyer who authored the COLPA brief; Lewin also argued the original Hardison case as a “friend of the court” and was involved in drafting the Title VII language in question.

Lewin told JI, “I thought, and the Equal Employment Opportunity Commission had so held by that time,” that the language in Title VII, “meant that you should accommodate” employees’ religious observances.

“Since [Hardison] has come out, pretty much anything the employer says is a hardship is sufficient, and they don’t have to provide any evidence,” Howard Slugh, JCRL’s general counsel, told JI. “The courts have gone really far on this to even say, ‘Even hypothetical hardship is sufficient.’”

Lewin emphasized that he “cannot overstate… the importance of this case” and that he regularly receives calls from Orthodox Jews who say they have been denied jobs or promotions because their employers have rejected accommodations for them.

“I’ve seen lots of cases in which Orthodox Jewish individuals have, as we said in the brief, had their careers curtailed, have lost jobs because of Hardison,” he said.

In addition to Groff, JCRL has also filed briefs in other cases which the justices have already agreed to consider this term.

In 303 Creative v. Elenis, a Christian website designer who refused to create wedding websites for same-sex couples is challenging Colorado’s anti-LGBTQ discrimination laws. The judges will rule on whether compelling “an artist to speak or stay silent violates the free speech clause of the First Amendment.”

Slugh said that the Colorado law dictates that “artists effectively have no First Amendment rights, their speech is never protected,” and argued that, if allowed to stand, it could force a Jewish designer to create art celebrating Kristallnacht. “We wanted to highlight how potentially dangerous this was to a large swath of identifiable individuals.”

Caroline Mala Corbin, a law professor at the University of Miami specializing in the First Amendment’s speech and religion clauses, told JI she expects the court to rule in favor of the website designer.

“Traditionally, preventing discrimination against a historically subordinated group has been seen as a compelling government interest… This court does not care,” Corbin argued, warning that such a ruling could also provide a Christian wedding vendor latitude to deny services to a Jewish couple.

JCRL also filed a brief in Students for Fair Admissions v. Harvard, which challenges affirmative action practices. “Schools should not discriminate on immutable characteristics… but if they’re going to they should discriminate in favor of people who have minority faith,” Slugh said.