The two candidates pitched competing approaches to political extremism within both parties, while also addressing a range of other issues 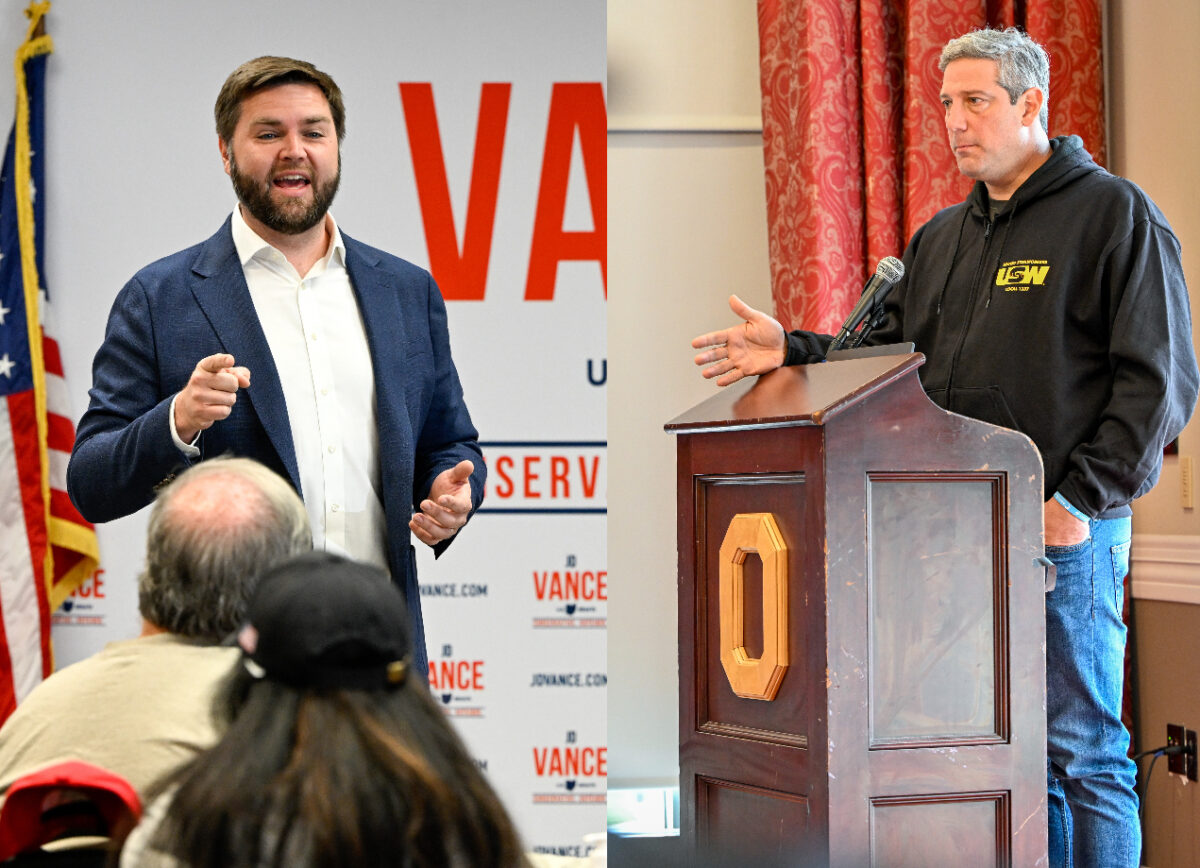 In recent dual meetings with Jewish leaders, the two candidates in Ohio’s hotly contested Senate race, JD Vance and Rep. Tim Ryan (D-OH), pitched competing approaches to countering political extremism and antisemitism within both parties as they delivered their closing arguments on a range of issues just weeks before the midterms.

Vance, whose meeting came first, made sure to affirm his commitment to calling out all forms of bigotry. The Republican Senate nominee said he is devoted to “doing it in the way most likely to affect change, which isn’t always a public reprimand,” recalled Howie Biegelman, executive director of Ohio Jewish Communities, a nonprofit organization that invited both candidates to participate in the discussions with local lay and professional leaders.

During a televised debate in mid-October, Ryan had accused his opponent of “running around backing” some of “the most extreme people in the country,” referring in part to Rep. Marjorie Taylor Greene (R-GA), who has espoused a number of antisemitic conspiracy theories. Vance accepted an endorsement from Greene and campaigned with her in the primary.

But speaking to community members early last month, Vance, a venture capitalist and best-selling memoirist who has embraced an emerging style of right-wing populism, argued that “extremism cannot be eliminated before first solving socioeconomic challenges faced by many Americans,” according to Ari Ballaban, who directs the Jewish Community Relations Council at the Jewish Federation of Cincinnati, where both meetings were held.

“JD wasn’t excusing the extremism or saying we shouldn’t confront those who say or do things,” Beigelman elaborated in an email exchange with Jewish Insider on Thursday. “He was trying to make sense of something that seems inexplicable.”

For his part, Ryan, who met with Jewish leaders on Wednesday, was pushed to address “forms of anti-Israel critique that stray into antisemitism,” particularly within progressive spaces, said Ballaban, who gave introductory remarks during both of the meetings in Cincinnati. Ryan, a veteran Democrat, “was very clear that sometimes ‘you just need to tell people no,’” Ballaban told JI, “and draw a clear line about what is unacceptable rhetoric.”

The congressman further illustrated his point by alluding to a scene from Ken Burns’ new Holocaust documentary in which Wendell Willkie “pushes back” against Charles Lindbergh and defends Franklin Delano Roosevelt, according to Beigelman. “Ryan said there are things that are bipartisan and combatting antisemitism is one,” he told JI.

The meetings with Vance and Ryan were hosted by the Jewish Community Relations Council of Cincinnati and took place nearly two months apart. They were each attended by approximately 25 local Jewish leaders.

The Vance and Ryan campaigns did not respond to requests for comment from JI on Thursday.

“This is a nailbiter of a race, if we are to believe the polls, so it’s not surprising both sides are meeting with our community,” said Beigelman, whose organization represents Ohio’s eight Jewish federations. The sizable number of Jewish voters in Ohio, he suggested, could make a meaningful difference in the hotly contested race to succeed outgoing Sen. Rob Portman (R-OH), who is retiring at the end of his current term.

Still, whoever wins will need to contend with what Beigelman characterized as a widely held sense of appreciation for Portman’s “leadership and focus” on Jewish community issues. The senator has been responsible for “millions in security grants” to “at-risk nonprofits,” he said, while remaining “a staunch defender of Israel not only on the Senate floor but across the globe.”

“It’s a quiet leadership that commits to something not on Twitter but in a private conversation, and then keeps at it through the inevitable fog of legislative dealmaking, of committee markups, and all that,” Beigelman said of Portman, adding that the Jewish community, “more than many others in Ohio, is very focused on who takes his place.”

In addition to political extremism, the meetings with Vance and Ryan also touched on the U.S. relationship with Israel as well as nonprofit security funding amid an uptick in antisemitic violence, among other topics.

Vance, who had visited Israel for the first time shortly before his conversation with Jewish leaders on Sept. 1, fielded a question about business development between Ohio and Israel while arguing that Israel’s tech and innovation sector, which he praised, “could really help Ohio as its economy transforms,” according to Beigelman.

The first-time candidate, who is endorsed by the Republican Jewish Coalition, “showed an interest in learning about security issues faced by the Jewish community,” Ballaban added.

During his discussion in Cincinnati weeks later, Ryan — who is backed by the Jewish Democratic Council of America as well as Democratic Majority for Israel — brought up abortion rights and expressed interest in partnering to address mental health needs among students.

He was also “curious to learn more about security issues,” Ballaban told JI. The congressman “expressed sadness upon seeing the extent of the security present at the Jewish Federation building,” Ballaban recalled, “knowing it took so much to keep the community safe.”