The administration's move shows U.S. support for Iranians protesting across the Islamic republic 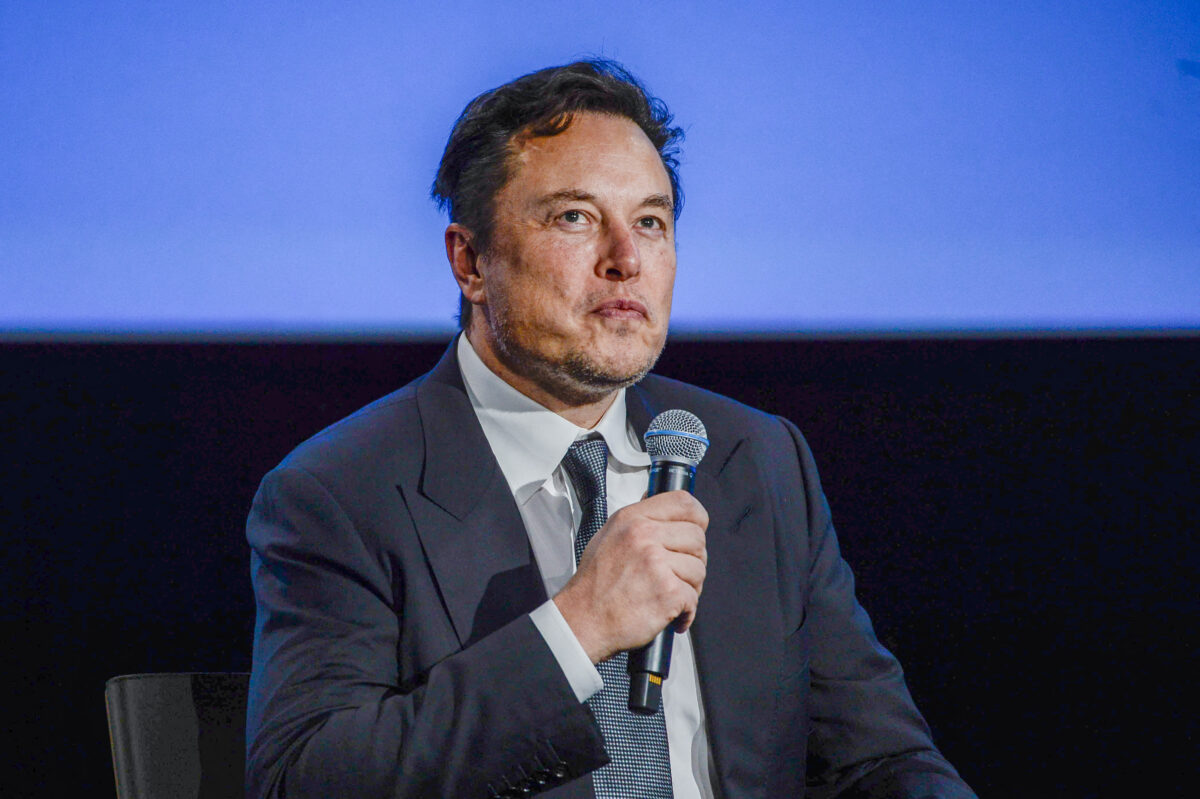 Tesla CEO Elon Musk looks up as he addresses guests at the Offshore Northern Seas 2022 (ONS) meeting in Stavanger, Norway on August 29, 2022.

SpaceX founder Elon Musk’s effort to provide internet to Iranian citizens via SpaceX subsidiary Starlink may be moving forward, after receiving backing from the Treasury and a diverse group of lawmakers on Capitol Hill.

Starlink operates a network of satellites around the world capable of providing internet, primarily in places where other forms of internet connections are infeasible. The technology has been used extensively in Ukraine following Russia’s invasion of the country earlier this year, and Musk himself said earlier this month that he wanted to bring the internet service to Iran to support Iranian dissidents. The antigovernment protests, sparked by the death of 22-year-old Mahsa Amini following her arrest by Iran’s morality police, have reportedly spread to 80 cities.

The Treasury Department announced on Friday that it was adding exemptions to sanctions on Iran to allow technology companies to provide the Iranian people with internet service and access to internet platforms and services outside of the country.

“With these changes, we are helping the Iranian people be better equipped to counter the government’s efforts to surveil and censor them,” Deputy Treasury Secretary Wally Adeyemo said in a press release.

Ahead of that announcement, Musk’s efforts received bipartisan backing from 20 members of Congress who span the ideological spectrum, from Republican Conference Chair Elise Stefanik (R-NY) to Rep. Ilhan Omar (D-MN). The legislators wrote to Treasury Secretary Janet Yellen urging her to clarify relevant regulations and grant any necessary licenses to expand internet access in Iran.

“Thousands of Iranians are currently protesting their government, utilizing their right to freedom of expression, and the United States must uphold our commitment to ensuring they have access to communications services and technologies,” the letter reads. They specifically asked that the department expeditiously approve a license application for Musk and SpaceX.

“Activating Starlink,” Musk tweeted on Friday in response to the administration’s announcement. But actually connecting Iranians to Starlink’s satellites will be easier said than done.

The satellites form only one part of the Starlink network, which also requires short-range transmitters on the ground to connect devices to the satellite network. The company delivered thousands such transmitters to Ukraine. Musk has acknowledged those transmitters would have to be imported into Iran, likely under the radar of the Iranian government.

Karim Sadjadpour, a senior fellow at the Carnegie Endowment focused on Iran, tweeted on Sunday that he had spoken to Musk about the Starlink project, acknowledging that Musk “suspect[s] the [Iranian] government will not support” the import of terminals. Sadjadpour said that it would cost “many millions of dollars to set and sustain thousands of Starlink terminals to Iran” and likely require significant support from the U.S. government to move the transmitters into the country.