‘Maybe they should just name Israel after you, Donald,’ Putin told Trump in June 2019 meeting 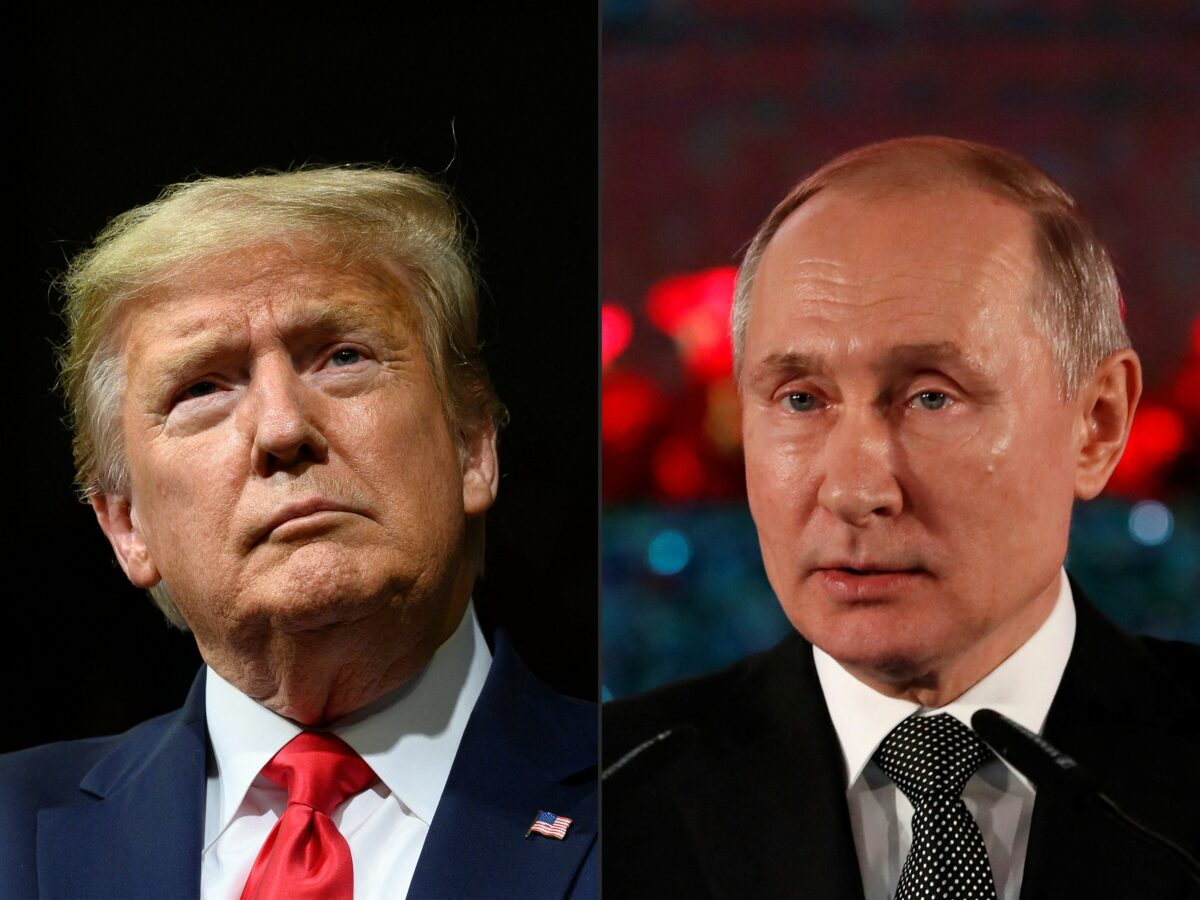 President Donald Trump delivers remarks at a Keep America Great rally in Phoenix, Arizona, on February 19, 2020. Russian President Vladimir Putin delivers a speech during a ceremony in Jerusalem on January 23, 2020.

During a private meeting on the sidelines of the G20 summit in Japan three years ago, then-President Donald Trump was apparently so eager to impress Vladimir Putin that he unwittingly set himself up for a stinging retort from the Russian president.

Following a tense exchange in which Putin had bragged of acquiring “hypersonic missiles” before the U.S., Trump countered with a characteristically self-centered boast, according to a forthcoming book on Trump’s presidency set to be released next week.

The former president suggested his popularity outside the U.S. was so strong that Poland was planning a military base in his name while Israel, he gloated, had just recently announced a new settlement, “Trump Heights,” in appreciation of his administration’s decision to recognize Israeli sovereignty over the Golan Heights.

Putin was unfazed. “Maybe they should just name Israel after you, Donald,” he said witheringly.

The cutting exchange is one of several previously unreported details from The Divider: Trump in the White House 2017-2021, a vivid account of the former president’s norm-shattering tenure written by the husband-and-wife reporting team of Peter Baker, chief White House correspondent for The New York Times, and Susan Glasser, a staff writer for The New Yorker.

The book — an advance copy of which was obtained by Jewish Insider on Wednesday — is published by Doubleday and will come out on Sept. 20.

During the June 2019 meeting in Osaka, Trump’s fawning efforts to develop a warmer relationship with Putin were rebuffed by the Russian president at every turn, according to Baker and Glasser. “For all of Trump’s school-boy crush on Putin, aides could not help noticing that it did not appear reciprocated,” the authors recount. “Where other autocrats like Xi Jinping, Recep Tayyip Erdogan and Kim Jong-un figured out how to stroke Trump’s ego during their meetings, Putin never bothered to try.

“He gave the impression to American aides watching their interactions that he couldn’t care less about winning Trump over,” Baker and Glasser write of Putin. “It was all a one-way street. Trump, they thought, seemed so inexplicably anxious for the Russian leader’s approval, yet never got it.”

Trump has continued to flatter Putin since leaving office, even amid the prospect of an unprovoked war with Ukraine. Before Putin’s invasion in February, Trump praised the Russian dictator’s strategic maneuvering as “genius” and “very savvy.”

But the book also demonstrates that Trump could be equally dismissive of high-ranking officials within his own administration who sought his approval, including his own son-in-law, Jared Kushner.

Even if Trump “regularly handed Jared important assignments he did not entrust to outsiders,” Baker and Glasser observe, the former president “did not shy away from undercutting Kushner in meetings when he was not there.”

“Jared, all he cares about is his New York liberal crowd,” Trump complained, according to the book. “They are not my people.”

Trump’s former chief of staff, John Kelly, viewed the former president’s comments as an implicit order to push Kushner and his wife, Ivanka Trump, out of the administration, the authors write, though Trump never said so explicitly.