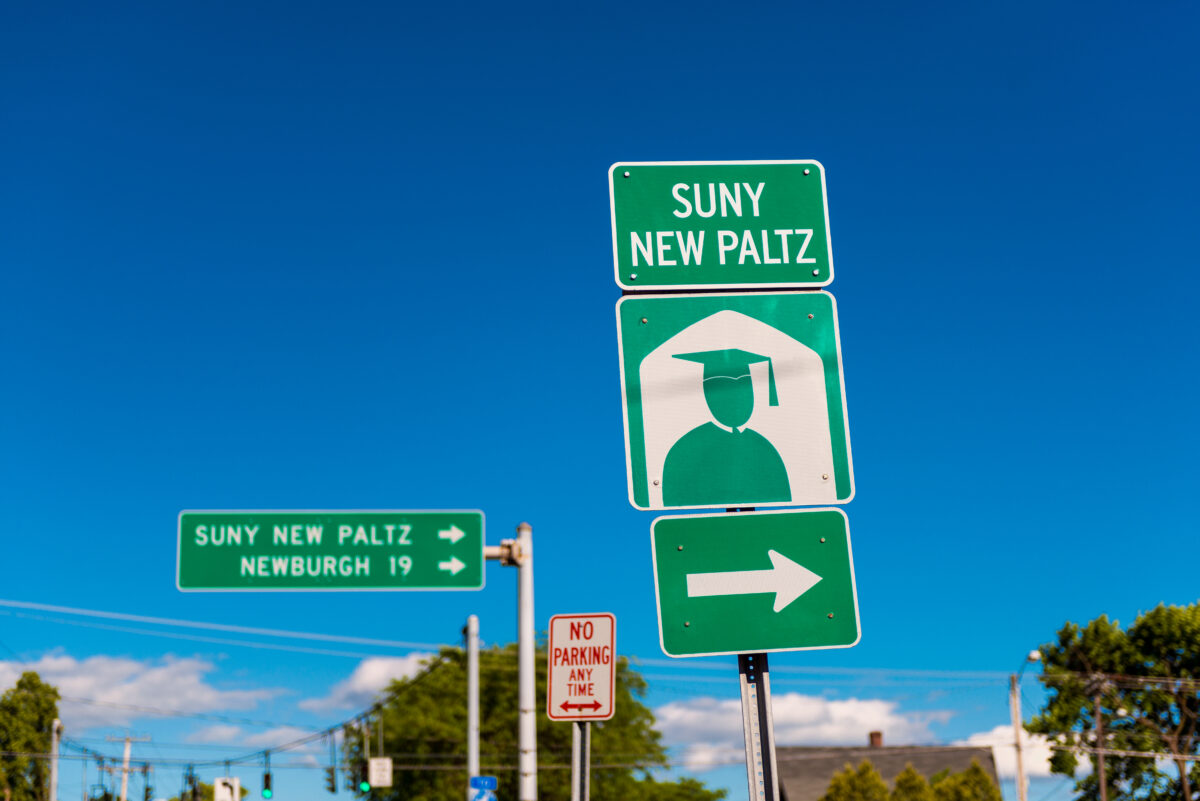 Two students at The State University of New York at New Paltz filed a federal civil rights complaint against the university, alleging that administrators did not adequately address issues of antisemitism and discrimination against Jewish and Israeli survivors of sexual violence on the upstate New York campus.

The complaint, filed by the Louis D. Brandeis Center for Human Rights Under Law on behalf of Cassie Blotner, Ofek Preis and Jewish on Campus, stems from an incident in which Blotner, a co-founder of New Paltz Accountability (NPA), an unofficial campus group that called for awareness and accountability around sexual assault, shared a viral pro-Israel graphic on Instagram.

NPA formed in mid-2021. Blotner, who had experienced sexual violence on campus in the fall of 2020, had gone public with her experience in early 2021 and connected with other survivors. In November 2021, NPA held a forum for survivors to share their stories. Preis, who is Israeli, had come across the group and been asked to speak.

Weeks after the event, Blotner shared an image posted by activist Hen Mazzig, which read “Jews are an ethnic group who come from Israel. This is proven by genealogical, historical and archeological evidence. Israel is not a ‘colonial’ state and Israelis aren’t ‘settlers.’ You cannot colonize the land your ancestors are from.”

Following her Instagram post, Blotner was messaged by members of New Paltz Accountability. NPA co-founder ​​Karl Velikonja asked Blotner to participate in a conversation about her social media post. “Personally, I think Israel is a settler colonial state and we can’t condone the violence they take against Palestinians,” Velikonja wrote in a group chat. “If u agree w my statement, i think it is important to clarify that being pro israel is nuanced as being pro israeli gov, which, by default, means supporting what they do to palestinians. We should have a meeting to understand your thoughts on it, and all have a convo about Israel Palestine.” The exchange was first reported in The Oracle, the university’s official student newspaper.

After first declining to discuss her personal stance on Israel, Blotner suggested a conversation that included the participation of the school’s Jewish Student Union. NPA’s leaders rebuffed the offer.

What followed, Blotner alleges in the complaint, was a pattern of anonymous online harassment and bullying, and inaction by university administrators. She shared with Jewish Insider screenshots of messages posted on the social media site Yik Yak, in which users post anonymously within their geographic areas. One Yik Yak user posted, “this dumb b*tch [email protected] is literally a zionist like ur supporting mass genocide !!!!!!!” A message from another Yik Yak account instructed a poster, who had written that they were currently in a social setting with Blotner, to “spit on her.”

Blotner asked that the university provide an escort to accompany her to and from classes; the complaint states that administrators declined the request.

She also flagged some of the Yik Yak posts to the university police, whom she alleges refused to investigate.

“As a result of the University’s failure to address her safety concerns,” the complaint reads, “Ms. Blotner felt so unsafe that she left campus to be with her family and both Ms. Preis and Ms. Blotner stopped attending classes in person.”

Blotner told JI that the university, which has a department of diversity, equity and inclusion, had been unable to help the duo. “When Ofek and I were meeting with the Diversity Committee, they were just saying that they weren’t Jewish, so they couldn’t relate to this,” she said. “It was just like they were unwilling to move forward with things because they didn’t have the same identity as us.”

Weeks after Blotner first posted the image, Preis shared the same social media post. “I saw nothing political about it,” Preis explained to JI. “It was just simply stating historical facts. I reposted it because I’m an Israeli international student. I see nothing wrong with that. And I saw solidarity with the other Jewish survivor in [NPA].”

Preis soon discovered that she had been locked out of accessing NPA’s shared Google files, and no longer received invitations to NPA’s regular Zoom meetings. She resigned from the organization. “I said that I will not be a part of a club that is run by anti-Zionists and anti-Semites,” she told JI.

NPA, while not an official university-recognized student organization, was a known group to administrators, according to Blotner. “We were completely treated like we were an on-campus organization,” Blotner explained. “We were tabling on campus, which, in the student handbook, you’re supposed to have a permit for. Administrators and professors obviously passed our tables a lot. We met with them. So they were fully aware of the campus presence.”

SUNY New Paltz is the latest campus to be the subject of an Office of Civil Rights complaint; a number of complaints have been filed against universities since 2019, when former President Donald Trump signed an executive order for government departments that enforce Title VI of the Civil Rights Act of 1964 to use the International Holocaust Remembrance Alliance (IHRA) working definition of antisemitism.

That Blotner was pushed out of the organization she co-founded, Denise Katz-Prober, the director of legal initiatives at the Brandeis Center, told JI, “is a very stark, horrifying example of the kind of antisemitic discrimination that we’re seeing, unfortunately, increasingly, on campuses throughout the country.”

“These women were shunned and isolated by the very people to whom they had turned to for support as sexual assault survivors, and they were excluded merely because they expressed pride in the Jewish people’s ethnic and ancestral connection to Israel,” Katz-Prober added.

The issue permeated campus conversations during the spring 2022 semester; a mid-February post from the editors of The Oracle after a meeting with involved parties stated: “The crux of the issue was and continues to be the objective, agreed upon truth of the matter: that a student was kicked out of a club on the grounds of their personal ideologies.”

Update: SUNY New Paltz’s Office of Communication & Marketing released the following statement: “SUNY New Paltz has provided access to resources and support for those impacted by the events of this past year and we continue our active engagement to support our Jewish students and employees around the rise of antisemitism, to address antisemitism and bias concerns when they arise, and to continue dialogue and educational efforts. As a public institution, we value the First Amendment and uphold the free exchange of ideas.“