The bestselling spy novelist talks to Jewish Insider about his writing process, chronicling current events and the controversy that comes with creating an Israeli protagonist 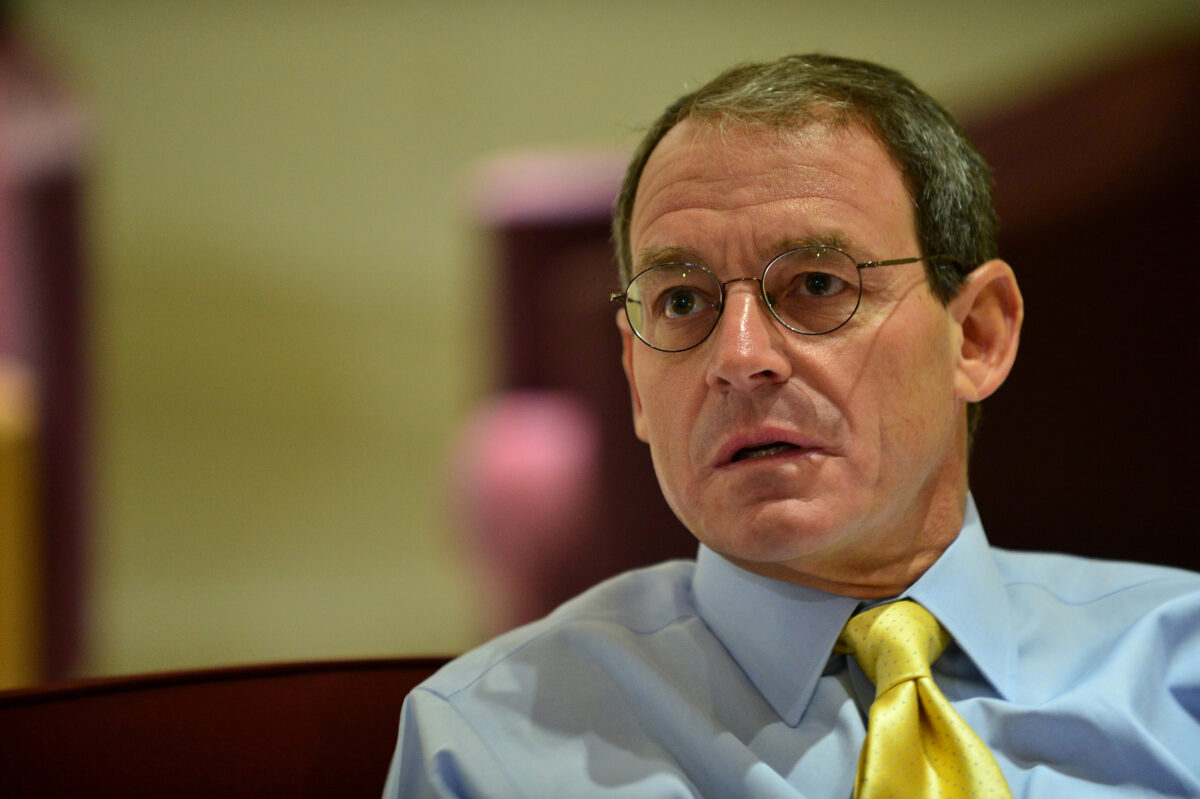 Israel’s leading spy doesn’t make it to the top of the Mossad without making a few enemies.

Silva’s 25th novel, Portrait of an Unknown Woman, features a recently retired Allon — for real this time, or so he says — who escapes a brush with death that involved a QAnon adherent in Washington, D.C. In the series’ latest installment, Allon leans into his spy cover as an art restorer, traversing Europe to investigate and expose an art forgery ring. This time, he’s a freelancer, and not an Israeli agent.

The latest release comes a year after Silva’s previous novel, which featured a not-so-subtle Jan. 6-like attack on the U.S. Capitol and other similarities to American current events, sparking a wave of vicious online reviews from some political conservatives. But Silva said the vitriol comes with the territory.

“If your character is an Israeli intelligence officer, I mean, from the get-go you’re controversial, and your character’s controversial. His very existence offends a subset of readers,” Silva told Jewish Insider. “To be honest with you, I thought it was going to be worse than it actually was.”

The original Gabriel Allon novel, The Kill Artist, which was published in 2000, also delved into current events — in that book, Allon was going after a Palestinian terrorist who was radicalized by the Oslo peace process — as has every book in between.

“The series has moved roughly in sync with real time, and real-world events formed the backdrop upon which these stories are set. And that includes changes in administration in Washington,” said Silva, who lived in the nation’s capital for decades. “For better or worse, the Gabriel Allon series has really chronicled these tumultuous first two decades of this century, of this millennium. It’s been 9/11, the rise of jihadism, the rise and fall of ISIS, the rise of Putin and Putinism. It’s been a tumultuous, chaotic period.”

Earlier in his life, Silva documented some of these trends as a Cairo-based journalist who covered the Middle East and the Persian Gulf. He met his wife, Jamie Gangel, a CNN special correspondent who has lately been a fixture of the network’s recent coverage of the congressional Jan. 6 hearings, while they were covering the Iran-Iraq war in the 1980s.

He mostly covered Arab countries during his reporting days: “It was hard to go back and forth in those days,” he said of why his Mideast coverage rarely took him to Israel. But, he added, “I was issued a second passport by the State Department that I could use to travel to Israel to keep the stamps out of the passport that I used in the Arab world, because if you had any Israeli entrance visas, you could get off a plane at a place and be turned around.”

Silva, 62, was born in Michigan and raised in California’s San Joaquin Valley. The high-stakes, often violent politics of the 1960s made an impression on him when he was young. “I remember as a child, waking up one morning and Martin Luther King was dead. And then a few weeks later, waking up and Robert Kennedy was dead and the city centers were burning, and the war in Vietnam,” Silva said. “I just grew up in a house that was in tune with what was going on.”

He grew up Catholic, but converted to Judaism after meeting Gangel. Being Jewish “is an important part of our life,” Silva said, though he declined to share more — he told JI his connection to religion is private.

Religion, and Judaism in particular, is also a huge part of the Gabriel Allon novels. The long shadow of the Holocaust hangs over the spy and every mission he completes, as well as the work of the Mossad and Allon’s Israeli colleagues. “I write about it with great sensitivity, and with great passion and with purpose, and I take it incredibly seriously,” Silva said of his approach to the Holocaust. “Gabriel Allon stands at the intersection of a lot of my things that I’m passionate about: the Holocaust, the Second World War, the formation of the State of Israel, Middle East politics.” Former President George W. Bush appointed Silva to the United States Holocaust Memorial Council, the U.S. Holocaust Memorial Museum’s governing body, a position he held for five years.

Silva writes about the venerable Israeli spy agency with awe and admiration. Portrait of an Unknown Woman begins with a brief tour of Allon’s goodbye parties in Israel, including one that is attended by an Emirati diplomat — a hint to the regional changes brought about by the Abraham Accords. Silva credits the Mossad with the real-world shift.

“I would say there would be no Abraham Accords if it wasn’t for a lot of the security arrangements and long-standing ties that Mossad has fostered with these — both the frontline states, like Jordan and Egypt, and obviously, the Gulf states,” he explained.

Now, he has many friends in the Mossad and among retired agents. But Silva did not talk to anyone in the Mossad before publishing his first Gabriel Allon novel, guessing that Israeli spies wouldn’t be thrilled to talk to an American novelist. “Better than to come knock on the door of the Mossad and say, ‘Hi there,’” he recalled, he read every book on the agency and spoke to journalists who covered espionage.

The research process for Silva is meticulous, he said, and usually involves schlepping his kids — less so during the pandemic and now that his twins are out of the house — to far-flung destinations like Morocco or Russia. Like his protagonist, Silva doesn’t do downtime well.

Portrait of an Unknown Woman features a newly relaxed Allon enjoying semi-retirement in Venice. Perhaps similarly, Silva and Gangel recently decamped from Washington to South Florida. But he doesn’t plan to be a snowbird: Retirement is not on the horizon for Silva, and probably not for Allon, either, although Silva does have ideas for Allon-less books he might get to one day. (He never expected the Israeli spy he introduced in 2000 to be with him more than two decades later.)

“As I get older, each decision about what to write next is a little more prolonged,” he noted. “But as I said, I settle on something and then I never look back. Never ever.”

Silva is already a few pages into his next book.