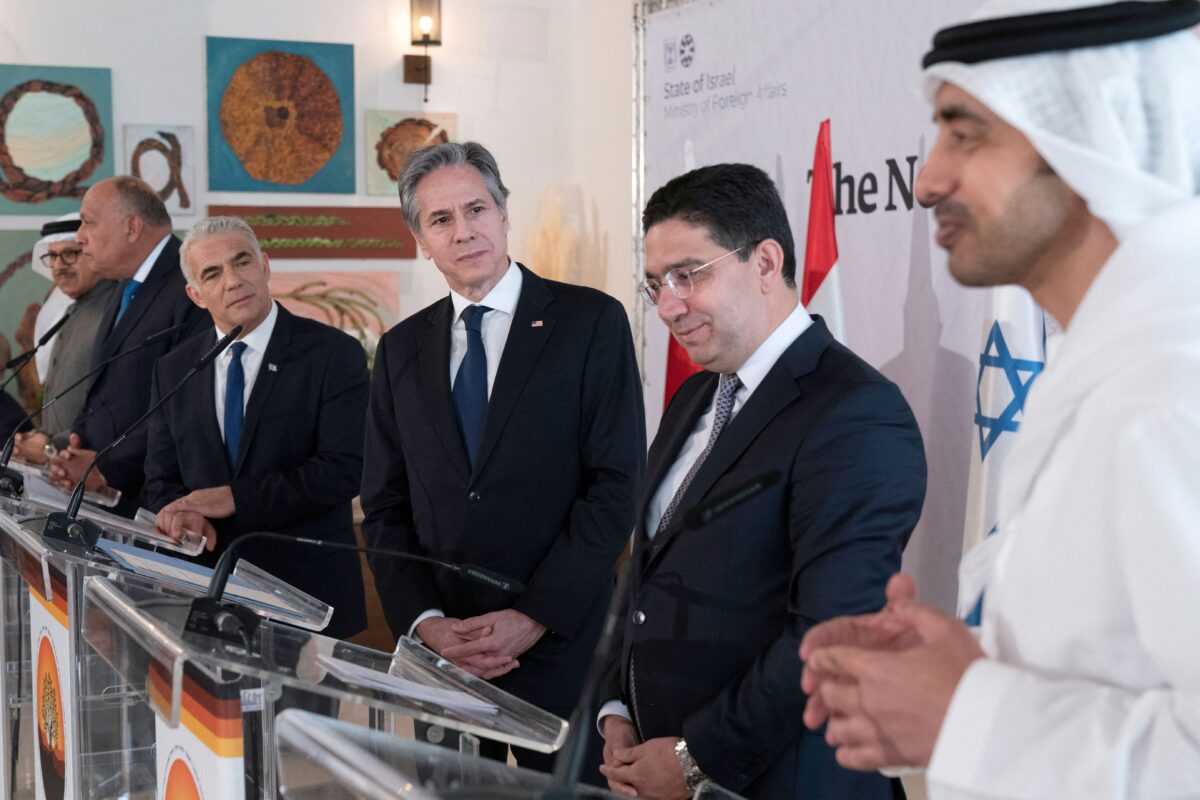 Following the success of the March meeting of U.S. Secretary of State Tony Blinken and the foreign ministers of Israel, Egypt, the United Arab Emirates, Morocco and Bahrain, Washington is spearheading an effort to formalize the new framework for regional cooperation, a senior State Department official familiar with the matter said on Tuesday.

“The Negev Forum is a new framework to enhance regional prosperity and security by promoting greater cooperation in a variety of spheres among its members,” the official told reporters following a Monday meeting of the Negev Forum Steering Committee in Manama, Bahrain.

The official’s comments about enhancing regional security come amid media reports of growing military cooperation between Israel and Arab nations, although the official did not offer specifics regarding security cooperation that may come out of the Negev Forum framework.

Yael Lempert, the principal deputy assistant secretary for Near Eastern affairs who attended the Manama meeting, told JI that she sometimes cannot believe the progress of the past few years.

“I still sometimes have to pinch myself as I’m sitting in the room with all of these counterparts from across the region, including our Israeli counterparts,” said Lempert. “It’s really just fantastic to see these relationships deepening, and we feel very optimistic about what we’ll be able to do in this forum.”

The committee created six working groups, on clean energy, education, food and water security, health, regional security and tourism, that will meet regularly. The groups are meant to increase ties between the six nations. Washington hopes that each group will also produce initiatives that “strengthen the Palestinian economy and improve the quality of life of Palestinians,” the official said.

Biden administration officials have on numerous occasions noted that the Abraham Accords and the resulting regional changes have not come at the expense of solving the Israeli-Palestinian conflict, and that Washington remains strongly committed to a two-state solution.

The official declined to say if any Palestinian representatives were invited to participate in the Negev Forum, or whether Palestinians should have a seat at the table in the shifting regional landscape.

The formalization of the Negev Summit fits in with the theme of President Joe Biden’s upcoming visit to Israel, the Palestinian territories and Saudi Arabia, the official said, and suggested that the president will aim to make progress on regional issues.

“There’s going to be significant focus during this trip on the overall themes of regional integration and cooperation, and the U.S. supporting that,” said the official.