A Boston BDS group released a chart alleging Jewish groups were connected to a network of government, media and police and linking them to a range of malign activities 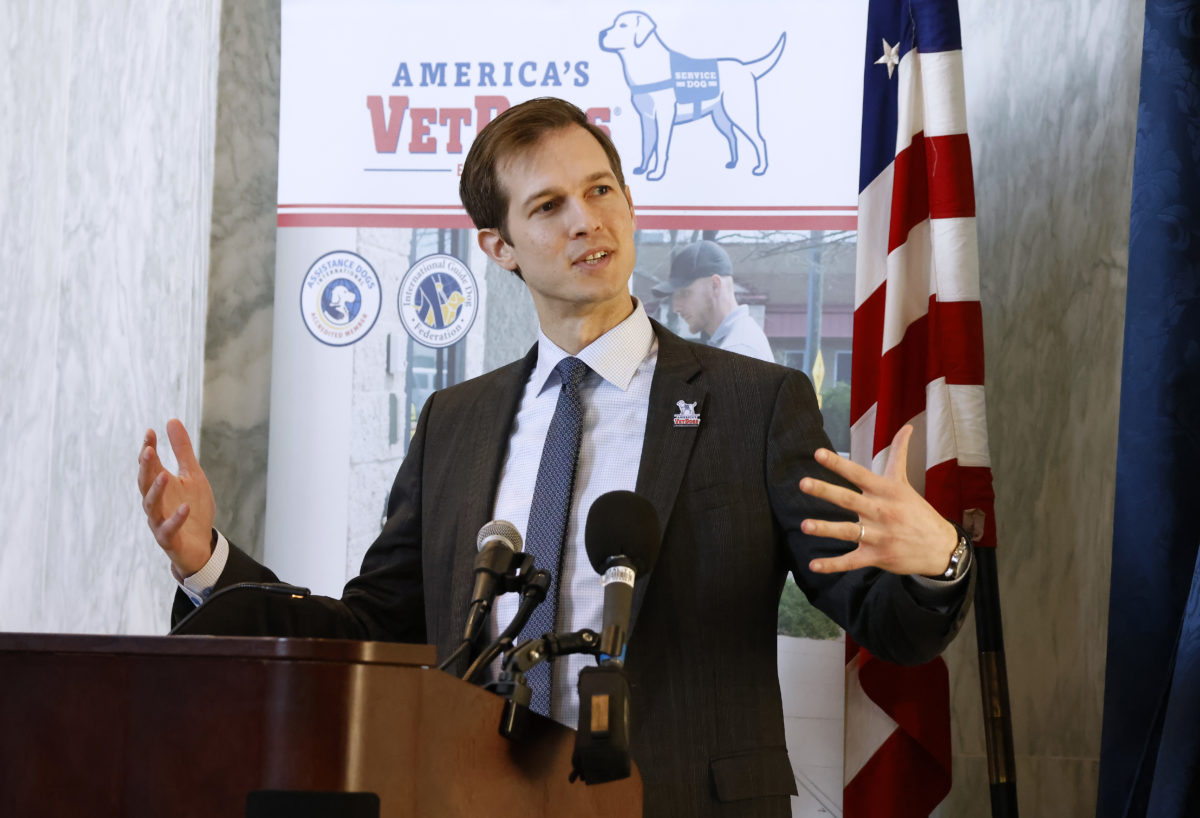 Rep. Jake Auchincloss (D-MA) said on Wednesday that a report released last week by a Boston-area Boycott, Divestment and Sanctions movement group plays on millennia-old antisemitic tropes and could inflame violence against the Jewish community.

The group, calling itself the “Mapping Project,” alleges sinister connections between Jewish and pro-Israel groups across Massachusetts and government, politicians, the police and the media, and blames these groups for a range of nefarious activities. The group plotted the locations of the organizations on an interactive state map — drawing lines between the Jewish groups and institutions the project claims they influence — and released the addresses and names of some of the groups’ staffers.

The project’s organizers accuse the groups — which include the local Jewish Community Relations Council and Synagogue Council, the Anti-Defamation League and American Jewish Community, a Jewish high school, local philanthropies, an arts group and J Street  — of ties to “harms that we see as linked, such as policing, US imperialism, and displacement/ethnic cleansing.”

“Our goal in pursuing this collective mapping was to reveal the local entities and networks that enact devastation, so we can dismantle them,” the organizers wrote in an op-ed published on Mondoweiss. “Every entity has an address, every network can be disrupted.” Local Jewish leaders have said this amounts to a call to “dismantle” the entire Massachusetts Jewish community.

“This is just chilling to me. It is tapping into millennia-old antisemitic tropes about nefarious Jewish wealth, control, conspiracy, media connections and political string-pulling,” Auchincloss, who represents an area in the Boston suburbs with a large Jewish population, and is himself Jewish, told Jewish Insider. “To name names and keep lists, which has a very sinister history in Judaism, in terms of how we are targeted, is very irresponsible. [The group] needs to take this down and apologize.”

Auchincloss tied the release of this project to current debates in the House over gun violence, explaining that he believes history shows that previous efforts to “keep lists” of Jews “can incite violence” and “inflame the deranged among us to take the next step from contemplating to acting upon violence.”

The Mapping Project’s organizers did not respond to a request for comment.

“[The organizers] need to recognize actions that have the potential to incite violence, especially in a moment of heightened antisemitism and gun violence,” Auchincloss continued.

He said that the project carries echoes of “a very sinister vein of Western history” — efforts to identify and keep rosters of Jews, including, but not limited to, the Holocaust.

Auchincloss said he plans to raise the issue with colleagues and with groups in the area that have promoted the Mapping Project, and will urge his colleagues to do the same.

“I will give direct and stark feedback about how inappropriate and unacceptable this is,” he said.

Rep. Seth Moulton (D-MA), tweeted on Wednesday that “Targeting the Jewish community like this is wrong and it is dangerous. It is irresponsible. This project is an anti-Semitic enemies list with a map attached.”

The other members of Massachusetts’ congressional delegation — including Sens. Elizabeth Warren (D-MA) and Ed Markey (D-MA), who are named in the Mapping Project — did not respond to requests for comment.

Rep. Ritchie Torres (D-NY) also called out the project, saying that it “accuses Jewish and ‘Zionist’ institutions of various evils in American society,” adding, “Scapegoating is a common symptom of antisemitism, which at its core is a conspiracy theory.”

The project has caught the attention of Israel’s Ministry of Foreign Affairs, whose spokesperson, Lior Haiat, tweeted earlier this week, “This whole project is reminiscent of a dangerous antisemitic pattern of activity known from antiquity through the horrors of the 20th century: a pattern which has led to violence against Jews and their institutions.”

Jeremy Burton, director of the Jewish Community Relations Council of Boston, told JI, “We see this as an explicit effort name and identify and put a target on physical Jewish spaces in Greater Boston, with the purpose, explicitly in their own words, of dismantling our Jewish community here in Boston,” which could “inspire others to dangerous action.”

Burton urged lawmakers with ties to groups like Massachusetts Peace Action that have amplified the project to enact “consequences in those relationships.”