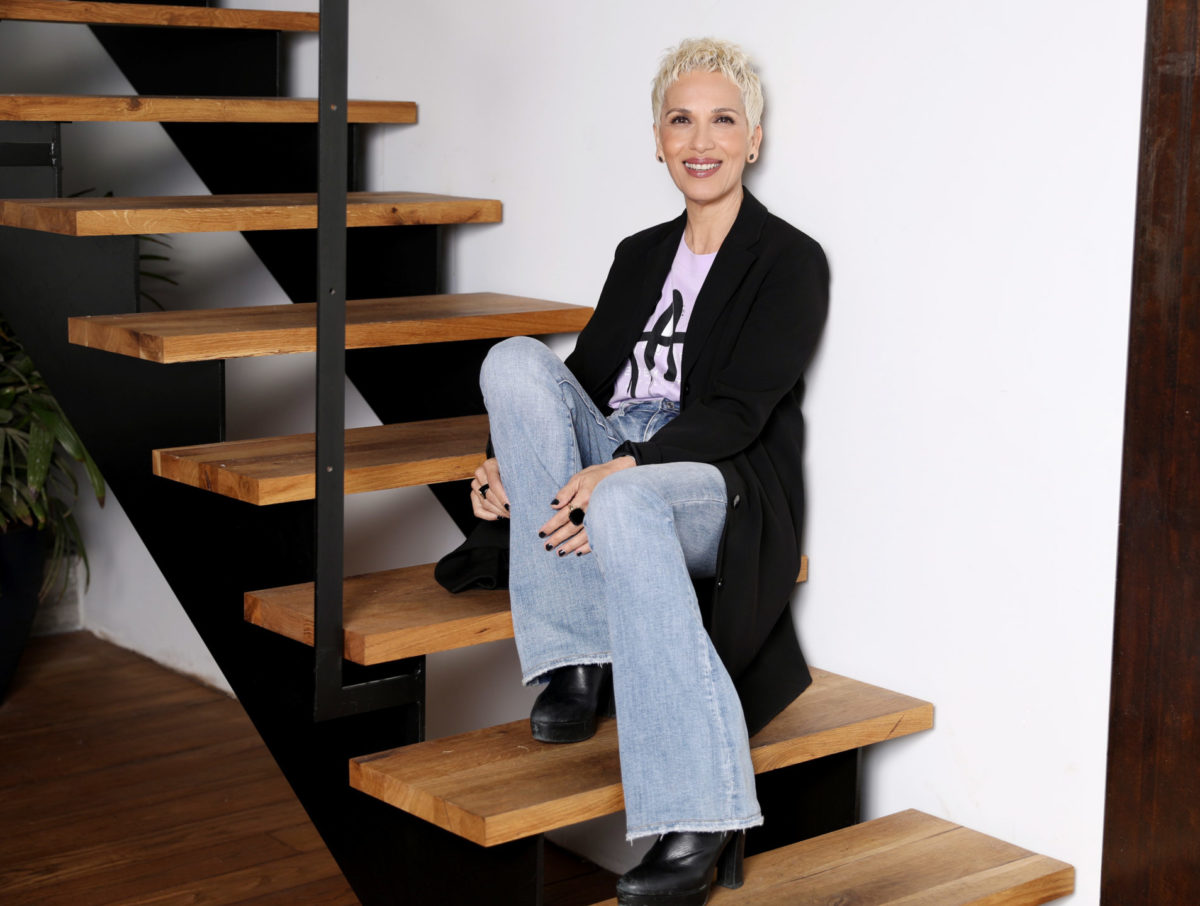 If music can serve as a bridge between communities, or be a balm for “those in need of healing,” in the words of the “Mi Shebeirach” prayer, Israeli musician Bat Ella might just have all the right tunes.

A veteran folk singer and recording artist, Bat Ella spent more than a decade living and working in the U.S., where she forged a close professional relationship with celebrated Jewish-American singer-songwriter Debbie Friedman, whose musical setting of “Mi Shebeirach” is perhaps her most beloved musical arrangement.

Later this month Bat Ella will be the featured performer in a New York tribute concert to honor the legendary musician, who died in 2011 from pneumonia complications. On June 14, she’ll be singing alongside Park Avenue Synagogue’s Cantor Azi Schwartz and special guests Josh Nelson, Cantor Natasha Hirschorn and Shira Kline.

“I want to take her torch and continue her legacy,” Bat Ella told Jewish Insider in a recent interview from her home in central Israel.

“I want to use her music to build a bridge between Israel and American Jewry,” she added, referring to two groups that are pulling apart and may very well be in need of a source of healing.

Friedman has been called “the Joan Baez of Jewish song.” Her New York Times obituary described her as having a clear, strong voice with an “intense spiritual conviction” and her 20-plus albums have sold more than half a million copies. With compositions featuring modern settings of traditional Hebrew liturgy, often paired with original English lyrics, Friedman’s melodies are still regularly heard in Reform, Reconstructionist and Conservative services and beyond. (After Friedman’s death, the Reform movement’s seminary, Hebrew Union College-Jewish Institute of Religion, named its cantorial school The Debbie Friedman School of Sacred Music.)

“Debbie had this ability to take prayers out of the synagogue and make them relevant to day-to-day life,” noted Bat Ella, 55, who regularly performed with Friedman in the U.S. and Europe.

“She changed the whole concept of prayer and service in synagogues,” continued Bat Ella, describing how Friedman inspired community singing and revolutionized the place of the female voice in Jewish prayer.

Born to immigrant parents from Iran and Syria, Bat Ella’s deep connection to modern liturgical music so familiar to many American Jews is an unlikely one for someone who was raised in a secular household and never entered a synagogue as a child.

“Sometimes life surprises you,” shrugged the singer as she told JI how she was introduced to Friedman’s music during her first trip to the U.S. as a teenager in 1983, as part of the Israeli Tzofim Friendship Caravan.

“We traveled around the camps and the Jewish communities and congregations, and I started to hear Debbie,” recalled Bat Ella, adding, “As I got more familiar with her songs, I also learned that there are all kinds of Judaism, and that there is more than one way to be a Jew.”

“I grew up in a very specific Jewish way. I was secular and traditional, we did Shabbat, but I never went to a synagogue or opened a siddur; it was very far from this [American] world of Judaism,” said the singer, who was raised in the southern Israeli development town of Dimona.

Bat Ella returned to the U.S. several more times, first as a music specialist working for The Jewish Agency in summer camps run by the Reform movement and Young Judaea, and later with her American-born husband, Daniel Birnbaum, former CEO of SodaStream and son of Ervin Birnbaum, rabbi emeritus of Congregation Bet Israel in Netanya.

On each visit to the U.S., she grew closer and closer to Friedman’s style of modern religious music. After moving to the States in 1994, Bat Ella met Friedman at a Reform movement summer camp in Wisconsin. Bat Ella credits the American Jewish artist for launching her own career as a singer.

“After I met Debbie, everything changed,” said Bat Ella. “I saw a person full of charisma who loved what they were doing – kiruv levavot [bringing hearts together] and building spirit with her sing-alongs.”

“At that time, I was in a place where I wasn’t even sure music was my dream, definitely not Judaism or education, but when I met Debbie the fire and the drive that had been in a coma inside me, very much came to life,” she continued.

Moving back to Israel after a decade of living in Cincinnati, Bat Ella was determined to continue performing Friedman’s songs and try to find a place for them in Israeli society.

“People in Israel don’t know Debbie and that is such a pity because she was such a profound person who had so much influence in the world of Judaism,” reflected Bat Ella, who translated into Hebrew some of Friedman’s greatest works. “When I translated her songs, it was like I created a new option for her, and today I am taking the torch and continuing her legacy, but with an Israeli adaptation. I am also building a bridge between Israel and American Jewry and making sure her message is not forgotten.”

Eleven years after Friedman’s death, Bat Ella, who last year performed in a tribute concert in Tel Aviv on the 10th anniversary of Friedman’s death, said that the singer-songwriter’s message is more important than ever. “Judaism is a home that belongs to all of us, no matter if you are religious or secular,” concluded the singer, who sports jeans and cropped hair. “I don’t look like a religious person, I wear jeans and I have short hair, but I do connect to this music and this message, and I think it’s finally time to wake up and realize there’s a big Jewish community that lives in all different ways.”