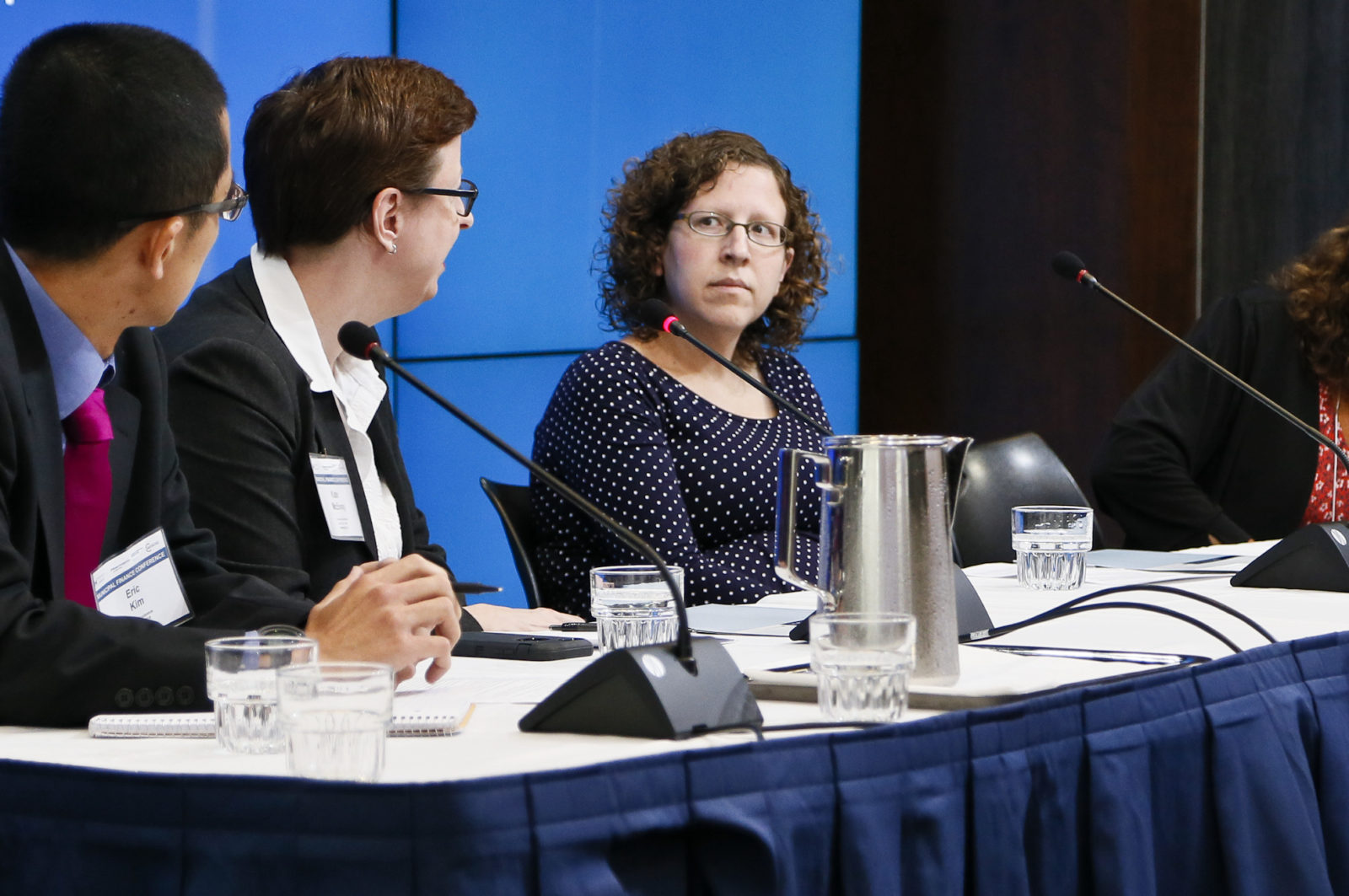 One of the lesser-known — but vitally important — advisory bodies in Washington, tucked away in the Eisenhower Executive Office Building, is the National Economic Council (NEC). Currently led by Brian Deese, who directs the council, and attended by many cabinet members and federal agency heads, the NEC helps the president develop his economic policy.

With the recent departure of the NEC’s deputy director, David Kamin, who is returning to his post at NYU’s law school, the White House is tapping Aviva Aron-Dine, an economic policy analyst who served as executive associate director of the Office of Management and Budget (OMB), to fill the role.

The White House did not make Aron-Dine available for comment on this article, but confirmed she has started working in her new role.

Harvard economist Jason Furman, who chaired the Council of Economic Advisors during the Obama administration and has worked previously with Aron-Dine, told Jewish Insider, “It’s no surprise” that she had been tapped for the role.

Aron-Dine, who received a bachelor’s in philosophy from Swarthmore College in 2005, touts a long resume of positions in think tanks and economic policy. After receiving a doctorate in economics from MIT in 2012, she went to work in the Obama administration, first at OMB, where she began as associate director for economic policy and became the agency’s acting deputy director and executive assistant director, while serving as the special assistant to the president for economic policy at the NEC. She then served in the Department of Health and Human Services, as senior counselor to the secretary.

Since then, Aron-Dine has served as the vice president for health policy at the Center on Budget and Policy Priorities (CBPP), a nonpartisan think tank, before returning to her old post at OMB when President Joe Biden took office.

In an interview with JI, Furman lauded Aron-Dine, high praise from the policy shaper the Washington Post once called the White House’s “wonkiest wonk.” Furman first worked alongside Aron-Dine from 2005 to 2008 at the CBPP, where Aron-Dine researched federal tax policy before heading to Cambridge to start graduate school, and they later worked together in the Obama administration.

“Within hours of meeting her, it was clear just how extraordinarily brilliant she was,” Furman recalls. “Just an amazing analytic mind that effectively gets to the heart of any question.”

Bucking the pipeline to academia from MIT’s economic department, one of the nation’s top economics programs, Aron-Dine jumped directly into government.

“Generally, people who do extremely well in graduate school don’t want to go straight into government,” said Furman. “She cared about the world and wanted to make the world a better place and thought that was the best way for her to do it.”

Policy was the area where Aron-Dine felt she could exert the greatest influence.

“I think she thought that adding new details to economic research was less important than taking what we already know and implementing it and using it,” Furman explained.

Ditching the harsh Boston winters for humid D.C. summers, Aron-Dine arrived in Washington at a heady time for health policy. The Obama administration’s signature Affordable Care Act had passed in 2010, yet its implementation would require painstaking effort.

“There were just lots of choices about how to set up the exchanges and do the reinsurance subsidies for cost-sharing,” said Furman about her role in the ACA’s implementation. “She was just very involved.”

“I’m not sure the White House would have made those tax credits permanent and permanently reduced child poverty were it not for her combination of advocacy and analysis,”  Furman said.

Besides helping working families, Aron-Dine pushed to ensure the U.S. tax code would continue to create incentives for charitable donations. In a 2012 memo written alongside Jonathan Greenblatt, who served as special assistant to President Barack Obama in the Office of Social Innovation and Civic Participation before becoming CEO of the Anti-Defamation League, Aron-Dine opposed capping the dollar amount on charitable deductions, a policy they claimed would reduce giving by billions of dollars each year.

“She was far more focused on getting to the right outcome rather than making the easy call,” Greenblatt told JI.

After working strenuously on healthcare reform for years, Aron-Dine watched as the Trump administration arrived in Washington intent on reversing the Obama administration’s healthcare policy and repealing the ACA.

With the change of administration, Aron-Dine returned to the CBPP, leading its healthcare policy team.

“She came in at a really turbulent time when the Trump administration came in and was threatening health coverage,” said Tara Straw, who worked alongside Aron-Dine at the CBPP and is now a senior advisor at Manatt Health. “She was really instrumental in our response to those threats.”

During her time at the CBPP, Aron-Dine co-authored dozens of reports, many of which argued against repealing the ACA.

Her subtle leadership in the early days of the Biden administration fits Aron-Dine’s understated leadership style, which Furman called “unflashy” and “behind the scenes.”

Both Furman and Straw are optimistic about Aron-Dine’s future at the NEC, where she will contend with rising inflation levels not seen in decades.

“She is very, very much forward-looking and anticipates problems and questions and how to overcome them in a great way,” said Straw.

“Detailed knowledge is almost secondary to [the] ability to function in an organization, to process, bring people together, aggregate what others are doing,” said Furman.

Aron-Dine assumes her new role under NEC Director Brian Deese, who also once served at OMB. Furman anticipates the two will complement each other well.

“[Deese] doesn’t know all the latest economic studies, and she does,” explained Furman. “I think he does a great job of getting a lot out of very substantive, analytic people like her, but he’s also going to need someone to help run the policy processes and the deputy processes and the like, so they definitely will work well together.”