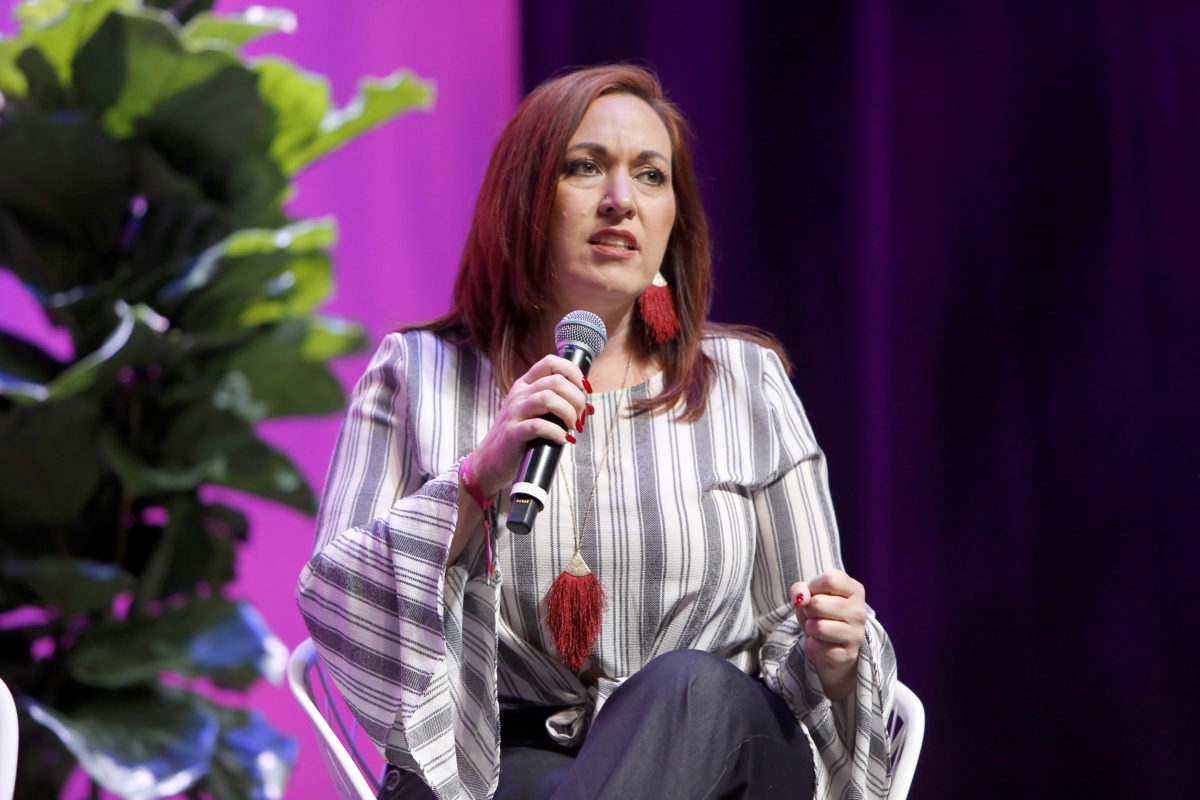 Amy Vilela, a progressive primary challenger to Rep. Dina Titus (D-NV) in Las Vegas, has notched support from a range of left-wing advocacy groups, at least two of which — the Democratic Socialists of America and Jewish Voice for Peace — are fiercely dedicated to the Boycott, Divestment and Sanctions (BDS) movement targeting Israel.

Even as Vilela identifies as an advocate for Palestinian rights and has criticized “the illegal Israeli occupation” as a tool of “oppression,” she does not appear to have publicly clarified her views on BDS — a uniquely polarizing movement that Democratic House candidates have, with just a few exceptions, almost unanimously opposed in recent cycles.

Still, in a candidate questionnaire solicited by the DSA’s Las Vegas chapter — and reviewed by Jewish Insider — Vilela unambiguously confirmed her support for BDS, endorsing a call “to pressure Israel until it complies with international law by ending the occupation, instituting equal rights for its Palestinian citizens and respecting Palestinian refugees’ right to return.”

Her response — limited to just a “Y,” meaning “yes” — appears at the end of the survey, in a section on “human rights and internationalism” that is limited to a pair of yes-or-no questions related to BDS. In the other, Vilela expressed opposition to laws “that would penalize companies” or “even individuals” for boycotting Israel, while vowing — in the DSA’s words — to “repeal” such legislation “in jurisdictions where it already exists.”

Elsewhere, in a section on public safety, Vilela also said she is in favor of “ending” police exchanges where U.S. law enforcement officers “participate in training with Israeli military” — contributing to “practices of surveillance, militarization and racist violence,” as the DSA’s question alleges.

Vilela’s campaign did not respond to a request for comment from JI.

It is unclear if Vilela has considered BDS in previous questionnaires, despite having run for Congress in a separate district in Nevada four years ago, with backing from Justice Democrats. But her favorable view of the movement was perhaps to be expected, particularly in light of endorsements from Jewish Voice for Peace and Rep. Cori Bush (D-MO) as well as an enthusiastic “recommendation” from the DSA’s local chapter.

Vilela, an accountant, is a founding member of the Las Vegas DSA, which, in a newly published voter guide, voiced some disappointment that she had “backed out” of its “endorsement process.” Without revealing details, the group said it was “ultimately” making its “recommendation based on the policy positions that will improve conditions for the working class.”

Her lengthy questionnaire — which otherwise focuses on domestic issues such as police funding, affordable housing and the environment — seems to have once been available on the Las Vegas DSA’s website but is now removed. While an error message currently pops up on a web page that at one point had displayed Vilela’s answers, the questionnaire remains accessible through a cached version of the page, recently viewed by JI.

It is unclear why the questionnaire was taken down, but the URL suggests that it had been sitting on an endorsement page.

The Las Vegas DSA did not respond to a request for comment.

The DSA in Nevada has been viewed as formidable since it backed a slate of candidates who won control of the state Democratic Party last year in a surprise upset.

While some progressive House candidates have recently butted heads with the DSA, particularly over Israel, Vilela appears to have avoided such tensions in her bid for federal office.

Characterizing her opponent, Titus, the incumbent congresswoman, as “more progressive than some may realize,” the DSA nevertheless took aim at her “long history of supporting the Israeli government’s violence against Palestinians,” adding that she is “close to AIPAC,” the pro-Israel lobbying group.

Titus, who represents Nevada’s 1st Congressional District, has garnered endorsements from a new AIPAC-affiliated political action committee in addition to Democratic Majority for Israel, which has been spending in the race ahead of Tuesday’s primary.