The letter was led by Sen. Jeff Merkley and Rep. Melanie Stansbury 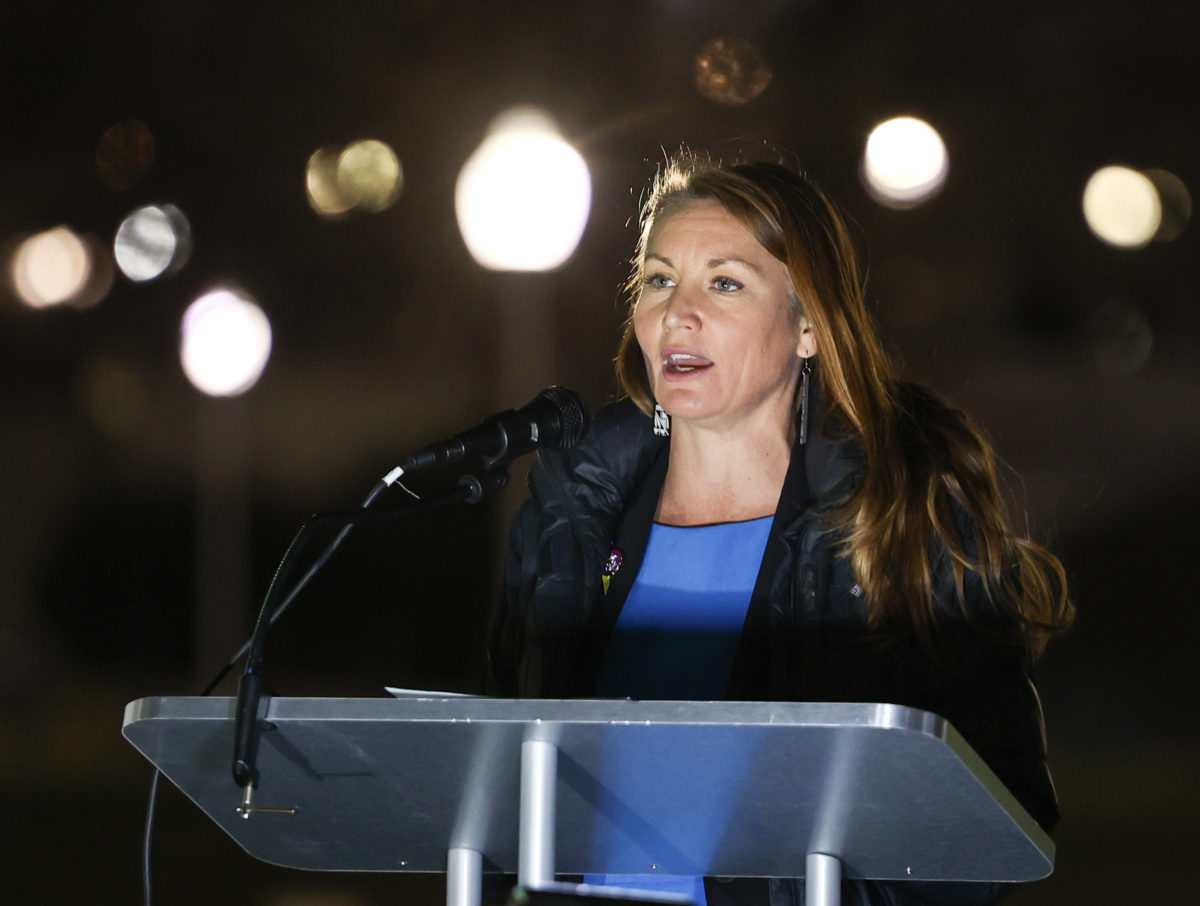 Rep. Melanie Stansbury (D-NM) speaks during the Past Due: People's State of the Union watch event on Capitol Hill on March 01, 2022, in Washington, D.C.

Twenty senators and 63 House members — all of them Democrats — called on the Biden administration to work to prevent the evictions of 1,000 Palestinians in the Masafer Yatta region of the West Bank.

The members joined a letter led by Sen. Jeff Merkley (D-OR) and Rep. Melanie Stansbury (D-NM), which was sent to Secretary of State Tony Blinken on Thursday, ahead of President Joe Biden’s expected trip to Israel next month.

“We ask that the Biden Administration immediately engage with the Israeli government to prevent these evictions and seek a solution that will keep people in their homes and prevent further conflict,” the letter reads. “We are deeply concerned that this relocation of Palestinian families from homes they have lived on for generations could spark violence, is in direct violation of international humanitarian law, and could further undermine efforts to reach a two-state solution.”

“As supporters of a strong U.S.-Israel relationship, we believe such evictions undermine our shared democratic values, imperil Israel’s security, and disregard Palestinian human and civil rights,” the letter continues. The collection of villages is near Hebron.

In the latest chapter of a case that has dragged on for two decades, The Israeli Supreme Court ruled this month that authorities could begin evictions in Masafer Yatta. In response, State Department spokesman Ned Price urged both Israelis and Palestinians to avoid steps, including evictions, that could increase tensions.

The letter was supported by J Street, which, in a statement, called the letter “urgent” and said it “underscores the need for strong American leadership to protect Palestinian rights and help secure Israel’s long-term future as a democracy and a national home for the Jewish people.”

Stansbury, a House freshman and the letter’s lead House sponsor, has become increasingly active on Israel issues since first launching her bid for office last year, expressing little familiarity at the time with Israel issues in an interview with JI early in her candidacy. In a subsequent candidate interview, Stansbury said she “would support divestment or sanctions initiatives that work towards the goal of a two-state solution” and supported ensuring that “U.S. aid must only be used for security and defense and never for actions against Palestine,” citing annexation of territory in particular.