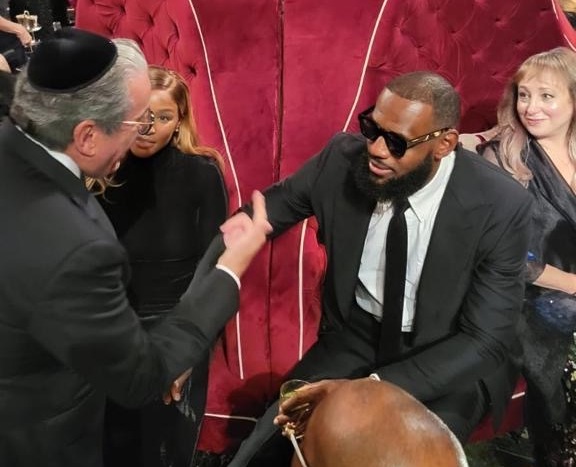 Los Angeles Lakers star player LeBron James was spotted at the wedding of Jeffrey Schottenstein and Ariella Boker on Sunday afternoon in New York City, according to video and photos from the event.

Schottenstein, the son of billionaire American Eagle chairman and CEO Jay Schottenstein, is the founder of clothing brand TACKMA, which James has been spotted wearing. The Columbus-based Schottenstein family has long been acquainted with James, an Akron native who brought the Cleveland Cavaliers their first NBA championship in 2016.

As guests mingled, the 6-foot-9 James was seen entering the wedding venue with Rabbi Yoshiyahu Yosef Pinto, a Moroccan-based rabbi and founder of Shuva Israel. Pinto, who counts the Schottenstein family among his followers, has reportedly offered spiritual advice to James in the past. James also reportedly gave a six-figure donation to Shuva Israel.

James, 37, a four-time NBA champion and MVP, missed this year’s playoffs for just the third time in his career, something the all-time great promised to never do again. Whether James sought advice from Pinto on rallying his underperforming Lakers next year remains unclear.