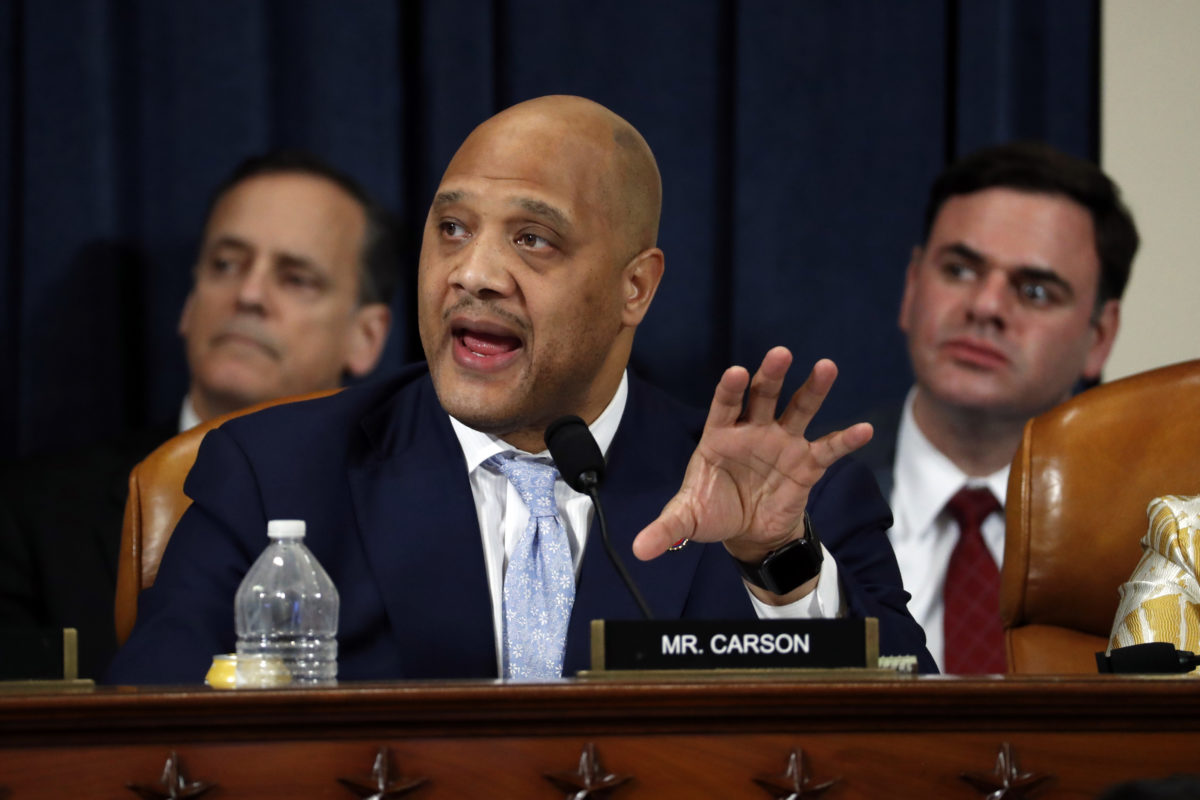 Reps. Andre Carson (D-IN) and Lou Correa (D-CA) are collecting signatures from their colleagues on a letter calling for a U.S. investigation into the death of Shireen Abu Akleh, a Palestinian-American reporter who was shot during an Israeli raid in the West Bank city of Jenin last week.

Palestinian officials and Al Jazeera, the outlet that employed Abu Akleh, accuse Israeli forces of killing Abu Akleh. Israel has said she was killed during a firefight with Palestinian militants and called for a joint investigation with the Palestinian Authority, which was rejected, and has said it will not open a military police investigation. Abu Akleh’s autopsy, conducted by a Palestinian medical examiner, offered no definitive conclusion on the shooter. Israel said Thursday it may have identified the gun used in the shooting, but could not confirm without the bullet, which the PA has refused to provide.

The letter calls for the FBI and State Department to investigate Abu Akleh’s death.

“As Members of Congress, we are deeply concerned by the death of Ms. Abu Akleh. Journalists worldwide must be protected at all costs,” the letter, the text of which was shared by Americans for Peace Now, reads. “We welcome the actions and statements taken so far by the U.S. Department of State supporting a thorough investigation by the Israeli government. However, given the tenuous situation in the region and the conflicting reports surrounding the death of Ms. Abu Akleh, we request the State Department and the Federal Bureau of Investigations (FBI) launch an investigation into Ms. Abu Akleh’s death. We also request the U.S. Department of State determines whether any U.S. laws protecting Ms. Abu Akleh, an American citizen, were violated.”

The letter also emphasizes the “conflicting reports” about the circumstances of Abu Akleh’s death.

Neither congressman responded to a request for comment on the letter.

Carson and Correa are unusual allies on an issue related to Israel. Carson has been one of the most frequent critics of Israel in Congress, and voted against supplemental Iron Dome funding last year. Correa has sponsored legislation opposing the Boycott Divestment and Sanctions movement, supporting joint missile defense and economic cooperation and supporting a resolution condemning U.N. Security Council Resolution 2334, which characterized Israeli settlements as a “flagrant violation of international law.” Correa returned from a trip to Israel sponsored by the U.S.-Israel Education Association days before Abu Akleh’s killing.

Correa has been endorsed by AIPAC and Pro-Israel America. AIPAC declined to comment.