‘Iranian fingerprints are all over’ Houthi attacks, DoD official says 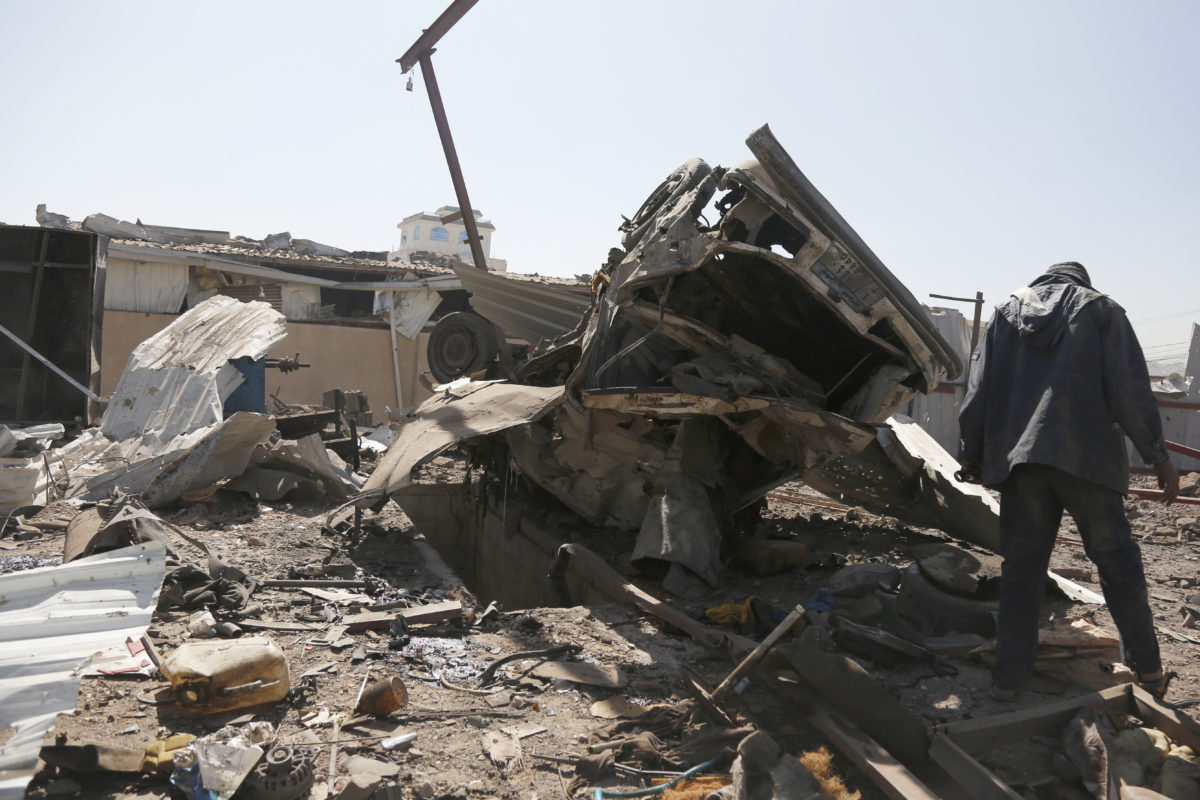 A person is seen at the site targeted by aerial attacks on December 05, 2021 in Sana'a, Yemen.

Dana Stroul, the deputy assistant secretary of defense for the Middle East, said on Monday that Iranian support is helping fuel the Yemeni Houthis’ escalating attacks on the United Arab Emirates and Saudi Arabia, while distancing Tehran’s support for the militant group from the ongoing nuclear talks in Vienna.

Speaking at a virtual event organized by the Jewish Institute for National Security of America, Stroul said that “Iranian fingerprints are all over” the Houthis’ “increasingly sophisticated, increasingly lethal and increasingly complex attack capabilities.”

“There is no indication that the Iranians are willing to dial back that support or support a political process,” she added.

Stroul argued that “pressure [on Iran] is going to need to be maintained,” and said the U.S. is coordinating with European and Middle Eastern partners on a campaign of diplomatic and economic pressure and regional defense partnerships.

Stroul characterized the efforts as largely distinct from the ongoing nuclear talks with Iran in Vienna, noting that Iranian-backed terrorism and regional aggression predated the 2015 Joint Comprehensive Plan of Action (JCPOA), continued while the agreement was in place and has escalated since the U.S. withdrew from the deal in 2018.

“Inside the JCPOA, there’s no illusion that Iranian aggression is going to change in the region, which is why the United States isn’t going to make commitments about changing our posture in the region or anything like [that], even if there’s a reentry into the JCPOA,” she said.

The Houthis, likewise, “have given no meaningful indication” that they are willing to engage in peace talks to end the conflict in Yemen, she added.

“We are working to build on this progress that [Central Command] has been doing on a daily basis,” she said. “Israel has so much to offer here and its proven air- and missile-defense capabilities present yet another opportunity to advance on the important work of the Abraham Accords.”

Stroul said the U.S.’s approach to integrated air defense in the region has varied by case, with Israel as a willing participant.

“I don’t think the United States has to push. Israel — it’s very clear — has demonstrated the capability to defend against these kinds of attacks and is willing to offer its assistance, consultation and support to other partners in the region,” she said. “There are certain areas where U.S. involvement and facilitation is helpful, and there are others where the demand signal is there and we are in a supporting role but Israel and the countries with which it has normalized are doing just fine on their own.”