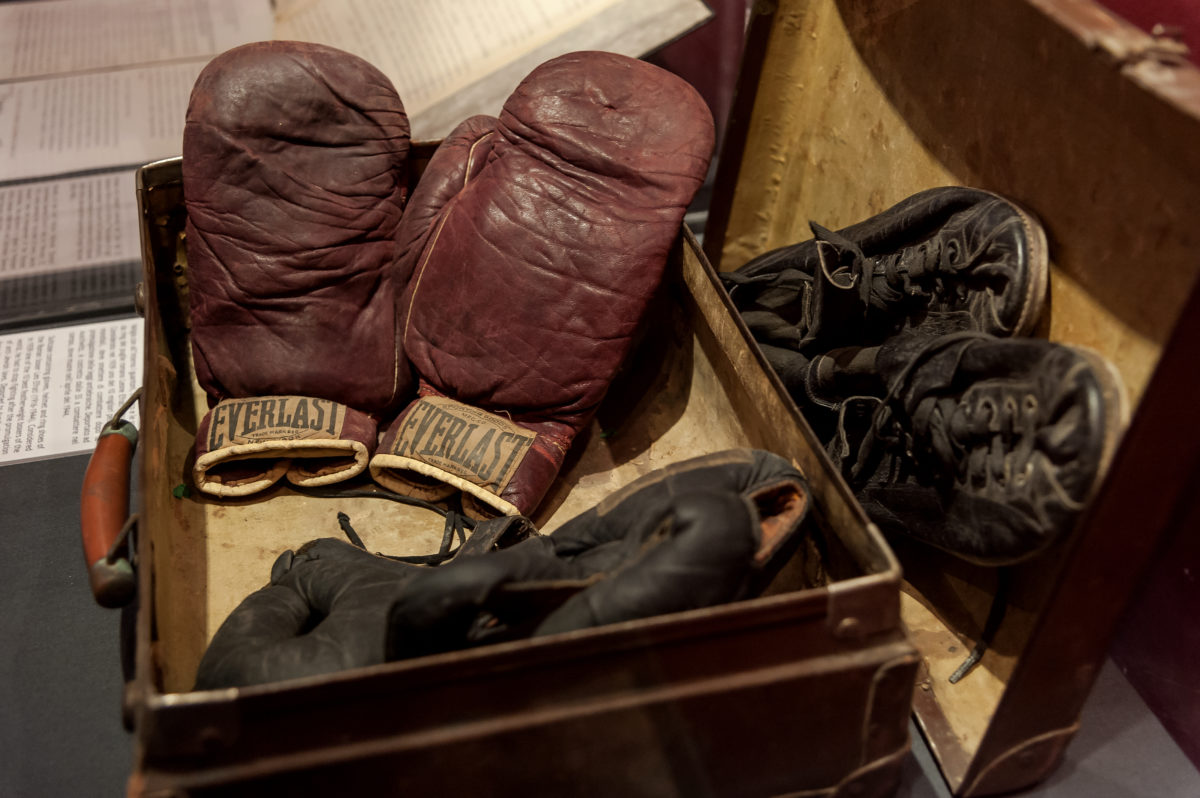 Nearly a decade ago, eBay issued a public apology after an investigation by Britain’s Mail on Sunday newspaper revealed it had been selling the items, including a uniform and a pair of shoes purportedly belonging to concentration camp victims, as well as yellow Star of David armbands.

Now, amid new charges from New York-based social media influencer and self-proclaimed “heirloom hunter” Chelsey Brown that the online retail giant is openly selling documents, mementos and other personal items acquired from victims of the Holocaust, eBay is making a distinction between those “historical” items and “hateful” items like swastikas, which it claims are banned on the site.

The spokesperson told JI, “eBay generally does not prohibit historical documents, including letters and postcards. In response to Ms. Brown’s correspondence, we are reviewing our policy to update the relevant sections to clarify what is prohibited. eBay does not allow the sale of items that promote or glorify hatred, violence, racial, sexual, or religious intolerance, or promote organizations with such views. As such, most items with swastikas or that promote Nazis or Nazism are prohibited. To ensure we prohibit hateful items, while allowing legitimate historical and educational items, we engage with a wide range of experts from NGOs and third-party groups.”

Brown called out the huge tech company after it repeatedly failed to respond to her complaints about the sale of Holocaust artifacts online, while leading Holocaust educators have described the practice as an “appalling trade.”

Brown, 29, is an interior designer who in her spare time uses genealogy to track the “rightful” owners of old letters, photographs, postcards and other personal items that she comes across while thrifting. Her TikTok, which boasts more than 100,000 followers, alternates posts about home design and WWII-era items she discovers for sale.

“Sometimes I’ll use eBay to find old letters or photo albums, and that’s when I saw an ad for a Holocaust letter pop up. This was back in September. That’s when I deep-dived into the horrific world of how Holocaust documentation is sold on eBay.”

Frustrated and upset by what she saw, Brown wrote to eBay in February reminding them of their 2013 apology and highlighting items that were still openly on sale from accounts in countries such as the U.S., the U.K. and even Israel.

She wrote: “My goal is to get these artifacts that belonged to the victims of the Holocaust back to their rightful families. I do this pro bono, and have returned hundreds of artifacts and heirlooms to families using my own money, without repayment of any kind.”

She has returned hundreds of items to date, including most recently a letter sent by a woman to her sister in July 1945 revealing that she had survived the Holocaust — but that the rest of their family had perished.

Brown purchased the letter, and other related documents, from an antique dealer in New York City. She subsequently managed to trace the author’s closest living relatives, to whom she returned the items.

She has since come across dozens of listings of similar items on eBay. She first wrote to the firm on Feb. 11, then followed up several days later.

In her email, she accused the firm of earning “thousands, or more likely, millions off of Holocaust documents, items, and mementos which directly disrespects the victims of the holocaust, those living and deceased.”

Despite eBay’s pledge to remove items belonging to Holocaust victims, many similar items still populate the site, according to Brown, whose own family tree includes numerous people who were killed in the Holocaust. Recent listings include a yellow star armband for $899.99, a letter sent from Auschwitz for $747, a collection of yellow stars for $4,950 and a collection of documents relating to a family of survivors from a German concentration camp for $1,999.99.

One live listing by a seller in Florida features 17 letters sent between 1943 and 1945 for $3,600, reduced from $4,000. In the description the seller states: “This is a beautiful correspondence of 17 letters all from the same prisoner in the concentration extermination camp of Auschwitz in Germany occupied Poland.”

Further down the seller notes: “This is truly a museum quality correspondence and very very rare.”

“Unfortunately, Holocaust artifacts are sold for ridiculous prices, are auctioned for thousands of dollars, or sold underground. It’s something not many people discuss — but it’s a real problem in the world of family artifacts,” Brown explained to Jewish Insider.

When Brown reached out to eBay in February, she gave the company weeks to respond. When they failed to do so, she posted about the issue to her social media.

She posted a short clip of herself appearing to total up the many such transactions that eBay has benefited from over the years, captioned: “Me trying to calculate how much money eBay profits off of Holocaust documentation and letters from victims.”

In an accompanying message, she described how she was recently contacted by someone on Instagram who came across her grandmother’s Holocaust diary on the site. But when the individual contacted the seller, they refused to lower the price and instead sold it to somebody else.

Responding to Brown’s post on Instagram, the woman wrote: “It’s absolutely disgusting how little they care about the families of Holocaust survivors. The work you do is so important and even if we can’t get these items back knowing that someone cares makes all the difference.”

Brown explained to JI, “These artifacts should go back to the families first, and if that’s not an option, then to historians or a museum. But always the family first.”

“eBay should be ashamed for not only letting sellers profit off of the torture of these victims, but for them to profit off it as well,” she added.

Robert Rozett, senior historian at Yad Vashem, denounced the general phenomenon of trading in Holocaust artifacts. “Yad Vashem is opposed to the commercialization of documentation and artifacts relating to the Holocaust, and certainly anything that glorifies Nazim and similar ideologies from that period,” he said in a statement to JI.

“The proper place for authentic items from the Holocaust is in collections like that of Yad Vashem,” he added. “In such collections the items are not only preserved for posterity, they are made available for research and other legitimate purposes, and may be displayed with proper historical information and contexts, all of which prevents them from being misused.”

She said: “It is deplorable for anyone to seek to make money by selling Holocaust memorabilia. It is also disrespectful and demeaning to victims and their surviving family members.

“I believe online platforms like eBay have a responsibility to prevent this appalling trade,” Marks-Woldman continued. “Holocaust memorabilia are precious and priceless, but any such items should be found only in designated museums where they serve as witnesses to history.”

The London-based Wiener Holocaust Library is one of the world’s leading and most extensive archives on the Holocaust, the Nazi era and genocide. Its senior archivist, Howard Falksohn, told Jewish Insider that the organization rarely buys material as it mostly relies on donations.

He was critical of the private sale of such artifacts. “I have never really agreed with it,” he said. “It just encourages people to perpetuate this rather sordid enterprise. If people didn’t get involved in bidding in the first place there would be no demand for it and no incentive to carry on with that kind of trade.”