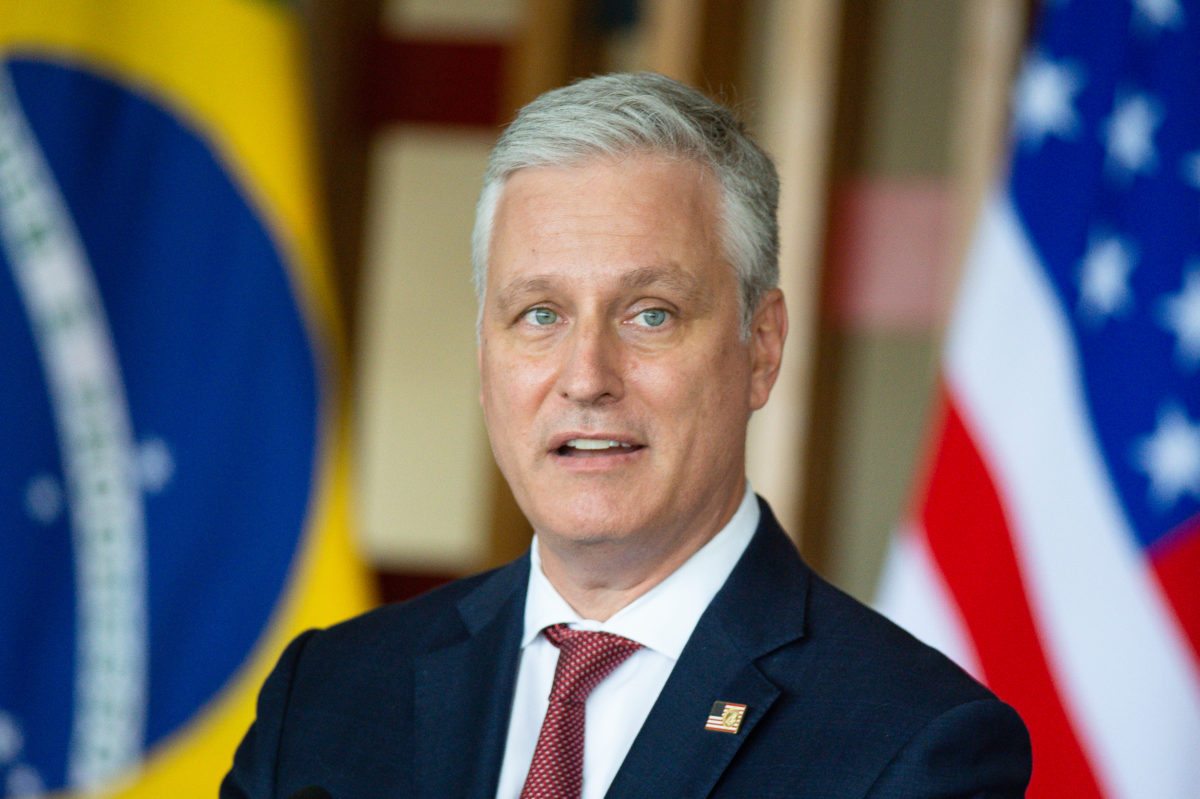 Appearing on Jewish Insider’s “Limited Liability Podcast,” former National Security Advisor Robert O’Brien warned that the United States’ ability to fight two and a half wars — previously the standard for U.S. military preparedness — was in doubt.

While the former top White House national security official maintained that the U.S. could continue to deal with two major international crises at once, with the Russian invasion of Ukraine and increasing Chinese encroachment in Taiwan, O’Brien questioned whether the U.S. could effectively deal with two great power wars at once.

“The old days of being able to fight, having a defense budget and having an Army, Navy, Air Force [and] Marine Corps strong enough to fight two and a half wars — which used to be our doctrine, that we could fight to two full wars in a regional war at the same time — we’re now down to the capability to maybe fight one, one and a half or so,” he said.

O’Brien, who served under President Donald Trump from 2019 to 2021, offered some praise for the Biden administration’s recent handling of the Ukraine crisis, specifically mentioning the decision to send 250 tanks to Poland. “That’s something I’ve been calling for for a year now and I was glad to see that they took that step,” he said. “A lot of these things are in the ‘better late than never’ category. But I commend them on that. And I think they’ve done a generally good job in putting the diplomatic work together with respect to the Western European countries.”

Still, O’Brien argued that “weaknesses” shown by the administration encouraged Russian aggression. “Even the perception of weakness, even if a policy looks good on paper, or the perception that your adversary is weak is very provocative and can lead to a war or a crisis. And that’s what we’ve had here,” O’Brien continued. “There’s a straight line from the debacle in Afghanistan. But it’s not just Afghanistan, its foreign adversaries watching an open border to the south…. They’re watching things like ‘smash and grab’ robberies in Los Angeles and Chicago and New York. They’re watching inflation take off, they’re watching gas prices at over $5 a gallon.”

With negotiations in Vienna underway over a new nuclear deal with Iran, O’Brien criticized the Biden administration’s efforts to reach an agreement with the Iranian regime. In pointed terms, he called the Joint Comprehensive Plan of Action (JCPOA), entered into under former President Barack Obama, “basically a religion” for Democrats who disagreed with the Trump administration’s decision to leave the agreement in 2018.

“The Russians see us racing to appease Iran and willing to do anything to revive the JCPOA,” O’Brien added. “Maybe Vienna is going to replace Munich as the new symbol of appeasement.”

O’Brien expanded upon comments he had previously made to Axios, recommending Ukrainian President Volodymyr Zelenskyy and his allies prepare for a Ukrainian government-in-exile, just as many occupied European countries undertook during World War II. “We should refer to Ukraine as occupied Ukraine, not as Ukraine or not as some puppet government, but as an occupied territory of a foreign power,” he said on the podcast.

Calling the December 2019 NATO summit in London — in which Trump castigated other members for paying less than their promised share of the defense budget — the “best thing that’s ever happened” in strengthening the organization, O’Brien recommended the expansion of NATO to other European non-members. “Putin is trying to weaken NATO and drive wedges into NATO, get on NATO’s border, push our advanced weapon systems out of Poland and Romania and the Czech Republic,” he explained. “Bringing in Sweden and Finland would be an utter defeat for Putin.”