Ten books to read in January 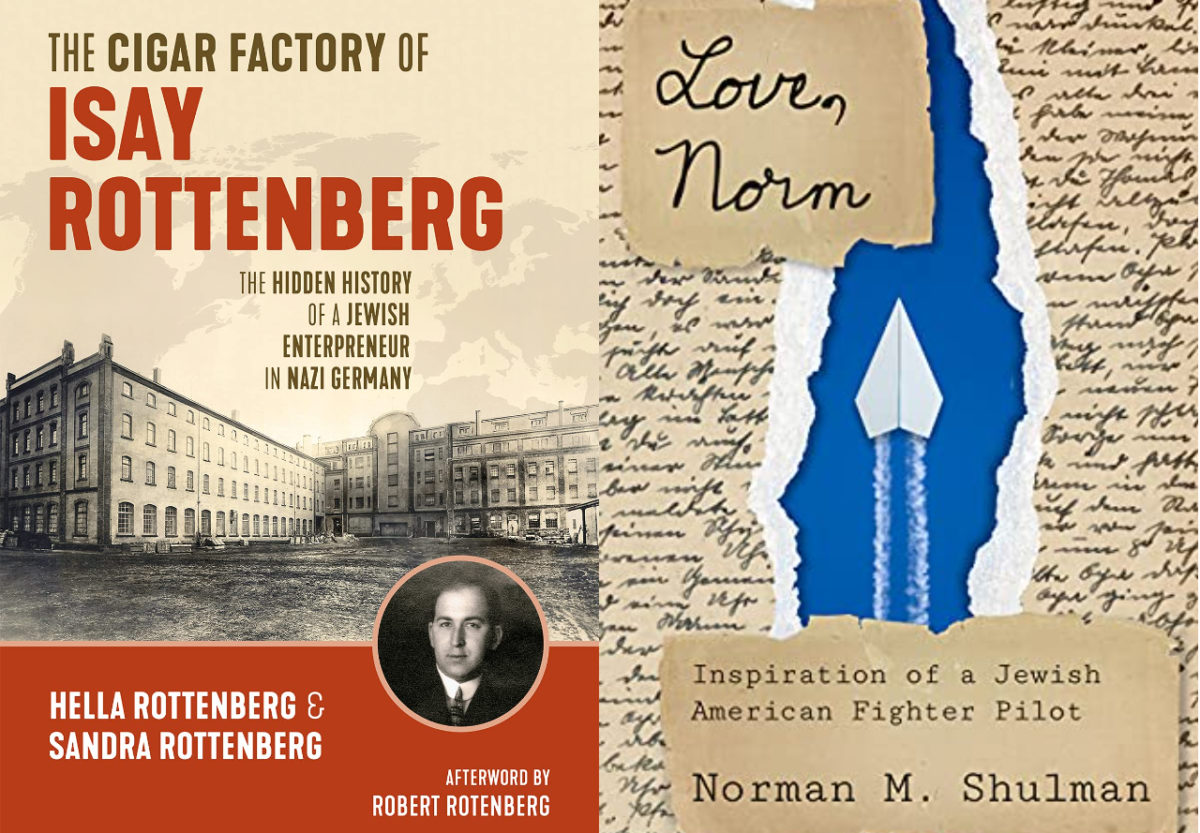 ​​In the fifth installment of a series exploring new and upcoming books, the team at Jewish Insider previews top titles coming out in January:

It Could Happen Here: Why America Is Tipping from Hate to the Unthinkable — And How We Can Stop It, by Jonathan Greenblatt (Jan. 4): The Anti-Defamation League CEO, whose organization has made combating digital hate a core issue in recent years, addresses the rise in domestic antisemitism, its political undertones and the increase in anti-Israel sentiment in the U.S.

Unthinkable: Trauma, Truth, and the Trials of American Democracy, by Jamie Raskin (Jan. 4): A year after the violent riot at the Capitol during last year’s effort to certify the results of the presidential election, the Maryland congressman recounts the 50 days around Jan. 6, 2021, which included the suicide of his only son, the siege in Washington and the second effort to impeach former President Donald Trump — which Raskin was tasked to lead.

Confessions of a Marrano Rocketeer, by Daniel Schenker (Jan. 6): Schenker’s first book in three decades is a science-fiction take on the mid-20th-century space race, in which a young man in awe of the mysticism of Kabbalah becomes a key player in the creation of Nazi Germany’s V2 rocket.

The Son He Left Behind: A Historical Novel Based on a True Story, by Yitzhak Bar-Yossef (Jan. 9): Former Yediot Ahronoth journalist Bar-Yossef looks at his own complicated relationship with his father, who reenters the young Bar-Yossef’s life years after abandoning the family. When Bar-Yossef’s mother dies when he is 11, the adolescent, raised in a religious home in Jerusalem, must learn to exist in his secular father’s world.

The Cigar Factory of Isay Rottenberg: The Hidden History of a Jewish Entrepreneur in Nazi Germany, by Hella and Sandra Rottenberg (Jan. 11): If not for the research done by his granddaughters, the story of Isay Rottenberg’s fight to reclaim his cigar factory would be lost to history. The two cousins, who until 2017 knew little of their grandfather’s wartime business endeavors, spotlight his creative, and often dangerous, efforts to keep his factory open in Nazi Germany.

Chasing History: A Kid in the Newsroom, by Carl Bernstein (Jan. 11): The author of six books — half of them, including All the President’s Men, written with collaborator and fellow journalist Bob Woodward — Bernstein, one-half of the duo that brought down the Nixon presidency, reflects on his early life and the beginnings of his career arc. That journey took him from his youth in New Jersey to dropping out of college to becoming a breakout Washington Post reporter, whose writing would change the course of American history.

Inside the Middle East: Entering a New Era, by Avi Melamed (Jan. 18): Melamed, a former Israeli intelligence official who has for decades studied and written about the Middle East, takes on the geopolitics of a region in a constant power struggle between autocratic rule and democracy, as domestic crises complicate regional dynamics and conflict looms.

The Betrayal of Anne Frank: A Cold Case Investigation, by Rosemary Sullivan (Jan. 18): Sullivan, a biographer and professor, looks at the effort — led by a retired FBI agent and a team of investigators — to discover who revealed the existence of the Frank family’s secret annex in Amsterdam, ultimately dooming all but one of its inhabitants.

Love, Norm: Inspiration of a Jewish American Fighter Pilot, by Norman Shulman (Jan. 20): Shulman’s first book is a collection of letters to his stepson, Greg, who enlisted in the Air Force at age 27. Shulman, a Texas-based psychologist, wrote to Greg about the Jewish military heroes who preceded him in service, in an effort to prepare him for the journey he was about to undertake.

So They Remember: A Jewish Family’s Story of Surviving the Holocaust in Soviet Ukraine, by Maksim Goldenshteyn (Jan. 20): Goldenshteyn’s debut book looks at the atrocities that took place at the remote Pechera death camp in Romania, where his grandfather and other relatives were sent from Ukraine during the Second World War. Rather than rely on Romanian sources for information, Goldenshteyn uses interviews with and writings from survivors, as well as historical documents, to piece together life in the camp, known to its prisoners as the “Death Noose.”