The case centers around relatively arcane areas of state and federal law. 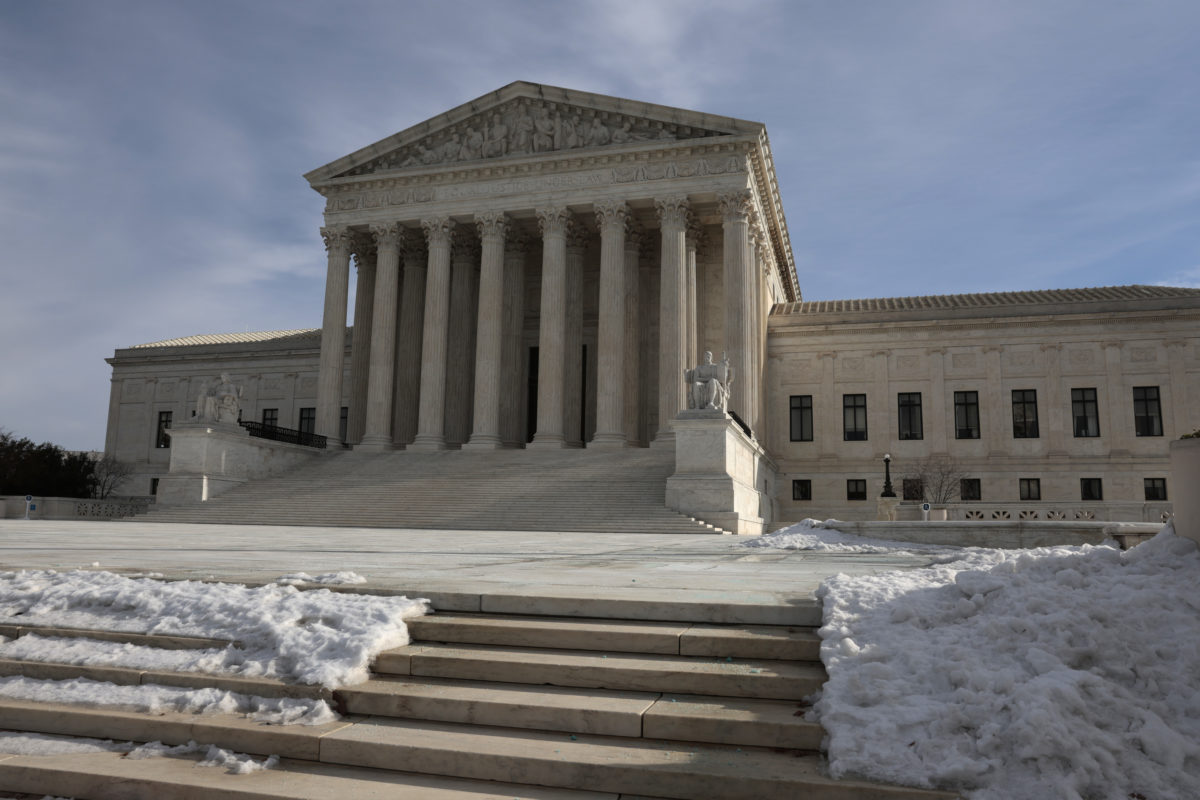 The Supreme Court heard arguments on Tuesday in Cassirer v. Thyssen-Bornemisza Collection Foundation, in which the descendants of a Holocaust survivor are seeking to reclaim a painting by the French Impressionist master Camille Pissarro taken from a relative by the Nazi regime.

Tuesday’s arguments are the latest step in a long-running battle between multiple generations of the Cassirer family — descendants of Holocaust survivor Lilly Cassirer, who gave up the painting to the Nazis in exchange for permission to flee Germany — and the Spanish government-owned Thyssen-Bornemisza Musuem, which currently possesses the artwork.

A lower court decided that federal choice-of-law rules should be used and — based on those rules — that the case should be decided according to Spanish law. Spanish law grants the museum possession of the Pissarro after having possession of it for a sufficient period of time. The Cassirer family argues that California choice-of-law rules should have been used and that this would have led to the case being decided under California law.

“I thought the argument was well-received by the Court,” Stephen Zack, a lawyer with Boies Schiller Flexner representing the Cassirer family, told Jewish Insider on Tuesday afternoon. “You never try to guess what the Court’s going to do, but we thought the Court was well-prepared, we thought the questions were extremely appropriate, and we were able to answer them, we hope, in a way that satisfied the Court’s concerns.”

An assistant to the U.S. solicitor general also argued in support of the Cassirers.

Nicholas O’Donnell, an attorney who argued a different Nazi-looted art case before the Court last year and filed an amicus brief in support of the Cassirer family, told JI he thought the justices’s questions indicated “dissatisfaction” with the museum’s position.

“It seemed to me that they were largely agreeing with the petitioners, with the Cassirer family, about the choice-of-law question here,” he said.

Bill Charron, who chairs the art law practice at the law firm Pryor Cashman, said he felt “both sides did a terrific job with their arguments.”

“To the extent people were looking for a reaction from the justices about the factual context and the background of Nazi looting, there was none of that,” Charron said. “The Court was very focused on the procedural and choice-of-law questions that were presented.”

He explained that the Supreme Court likely took this case because of disagreements between federal circuit courts over whether state or federal choice-of-law rules should apply in similar cases.

“The context here of Nazi-looted art is absolutely a very compelling context, but it’s not, I don’t think, the driver for why the Court took the case,” he said. “I think the Court is trying to create some certainty, with respect to any number of cases that could be brought in federal courts” involving foreign sovereigns.

He said that the justices’s questions indicated that the Court was “struggling with the idea of following the Ninth Circuit’s approach” and applying federal choice-of-law rules — the outcome being advocated for by the museum.

In a statement to JI, the lawyers for the museum, Thaddeus Stauber and Sarah Erickson André, emphasized that they believe — regardless of whether the federal or state choice-of-law rules are applied — Spanish law will ultimately be enforced and the painting will remain in the museum’s possession.

“The [museum] appreciates the Supreme Court’s attention to the choice-of-law question presented by this case,” the museum’s lawyers said. “As the California federal district court previously recognized, both the California and the federal common law test hold that Spanish law applies and that, therefore, the Foundation is the owner of the painting under either test.”

Charron said that one of the museum’s “more compelling points” was that applying state choice-of-law rules in cases like this would “present an international relations problem” because foreign states could find themselves subject to different choice-of-law rules and outcomes in each of the 50 states.

“Justice Roberts’s response to that was, ‘Welcome to the United States,’” Charron continued. “He seemed fairly dismissive of that point.”

Ultimately, Charron said, if the Court does decide that California state choice-of-law rules should be applied, the case could be remanded to the Ninth Circuit to consider whether a California district court was correct in ruling that Spanish law would still apply in the case.

“I don’t think the Supreme Court is likely to answer that question on its own in the first instance,” he explained.

The Tuesday arguments were also the first time that lawyer David Boies, who represents the Cassirers, has argued before the Supreme Court in nearly a decade.