The former U.S. ambassador to the U.N. said the Trump administration withdrew from the body in 2018 so as not to ‘lend our credibility...to cover for the world’s worst tyrants and dictators’ 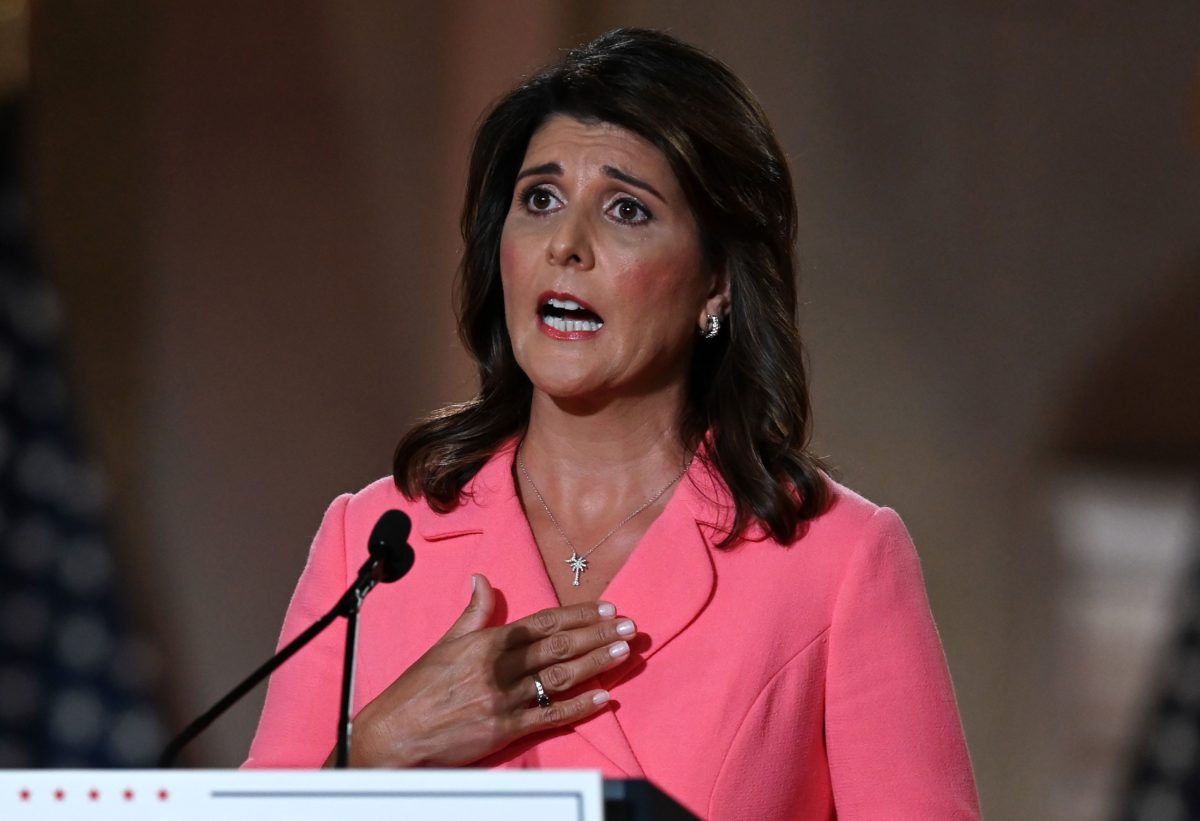 Former Ambassador to the United Nations Nikki Haley speaks during the first day of the Republican convention at the Mellon auditorium on August 24, 2020 in Washington, D.C.

Former U.S. Ambassador to the U.N. Nikki Haley called the Biden administration’s decision to rejoin the United Nations Human Rights Council on Thursday “dangerous” hours after the U.S. was elected to join the body.

“If President Biden truly cared about human rights, he would keep us far away from the cesspool that is the U.N. Human Rights Council,” Haley told Jewish Insider on Thursday afternoon. “America left it under President Trump because we refused to lend our credibility, as the most generous country in the world, to cover for the world’s worst tyrants and dictators. [Biden’s] actions today aren’t just embarrassing; they’re dangerous.”

Former President Donald Trump withdrew the U.S. from the council in 2018, citing hypocrisy among members of the body, whom the administration accused of committing human rights violations and bias against Israel.

“For too long,” Haley said at the time, “the Human Rights Council has been a protector of human rights abusers, and a cesspool of political bias.”

Current U.S. Ambassador to the U.N. Linda Thomas-Greenfield said the U.S. “will oppose the Council’s disproportionate attention on Israel, which includes the Council’s only standing agenda item targeting a single country.”

“The Council provides a forum where we can have open discussions about ways we and our partners can improve,” Secretary of State Tony Blinken said in a statement on Thursday. “At the same time, it also suffers from serious flaws, including disproportionate attention on Israel and the membership of several states with egregious human rights records. Together, we must push back against attempts to subvert the ideals upon which the Human Rights Council was founded.”

In addition to the U.S., Cameroon, Eritrea and the United Arab Emirates also joined the council on Thursday.