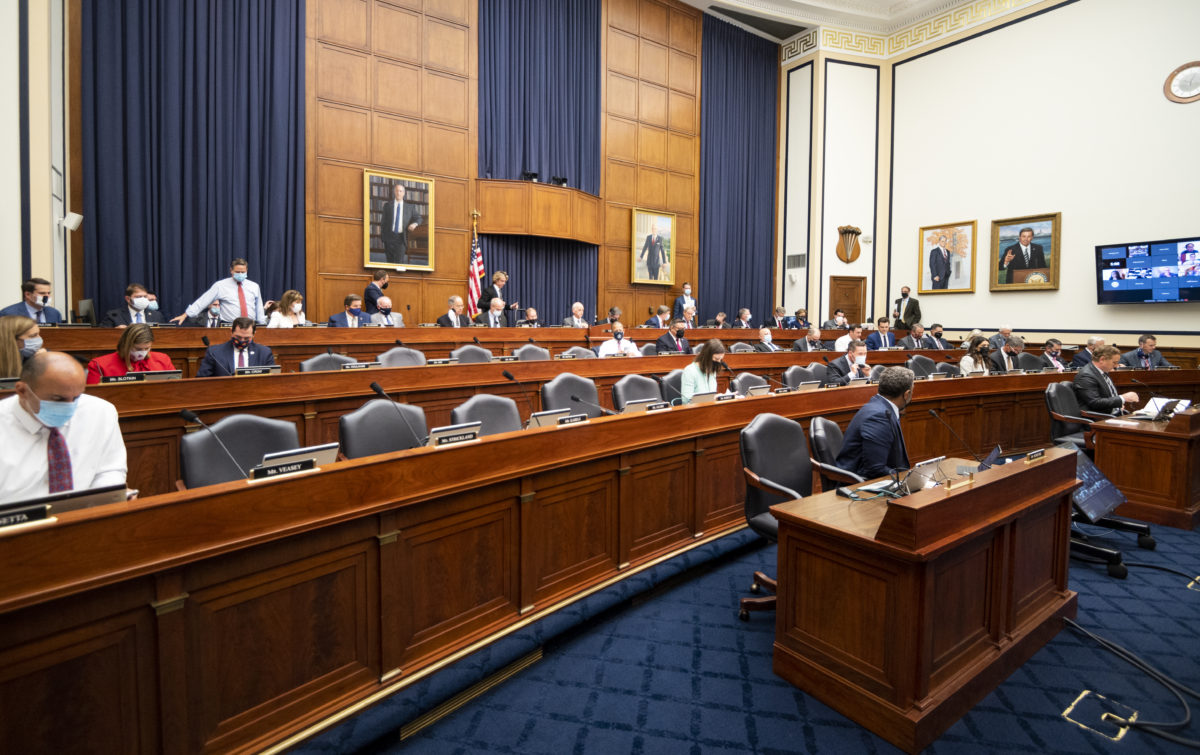 The House Armed Services Committee voted nearly unanimously in the early hours of Thursday morning to approve an amended version of the 2022 National Defense Authorization Act after a daylong session revising the bill. Only two members, Reps. Sara Jacobs (D-CA) and Ro Khanna (D-CA), voted against approving the measure which includes $500 million in aid to Israel for missile-defense programs.

Fourteen Democrats voted with the committee’s Republicans to increase the total defense budget by $25 billion, going beyond the funding level proposed by President Joe Biden that some on the Hill saw as inadequate.

Committee Vice Chair Elaine Luria (D-VA) said the spending boost would send a strong message to allies and enemies, including Israel and the “malign actors” that attack it. “I have been saying ever since [the president’s budget] was released, that it does not do enough,” she added.

Rep. Mark Pocan (D-WI) subsequently warned that the increase could endanger the bill’s  House passage; progressives have been opposed to increasing the topline spending figure.

The committee also voted 31 to 28 in favor of Rep. Anthony Brown’s (D-MD) amendment explicitly granting military commanders the authority to bar or expel individuals who are members of extremist groups or espouse extremist beliefs, including on social media The amendment also authorized a  Pentagon Office of Countering Extremism that would set policy, develop counter-extremism programs and collect data on extremism in the ranks.

The legislation requires the secretary of defense to provide a definition of extremism within 60 days of its passage, in an attempt to address one concern from some critics of the measure.

Republicans opposed the measure, arguing that Democrats overstate the extent of the extremism issue and that military leaders could use the initiatives to target political opponents.

Other successful amendments to the defense bill banned the use of military resources to transfer pallets of currency or other items of value to Iran and requested Pentagon reports on Iranian support for the Assad regime in Syria, Iranian-Chinese military ties and Iranian military capabilities and the potential impact of sanctions relief on those capabilities.

Not all Iran-related measures were successful. In light of the Taliban’s takeover of Afghanistan, Rep. Pat Fallon (R-TX) introduced an amendment that would have repealed a years-old provision establishing a carveout to Iran sanctions to facilitate Afghanistan reconstruction. However, the Fallon amendment had not obtained the necessary House Foreign Affairs Committee waiver to allow the issue to be considered by the Armed Services Committee, and was therefore withdrawn.

The same issue stymied an amendment from Reps. Joe Wilson (R-SC) and Stephanie Murphy (D-FL) that would have required the Defense Department to work with the Israeli Ministry of Defense to establish a joint U.S.-Israel Operations-Technology Working Group to develop and acquire weapons and other capabilities, advancing a project introduced in the 2021 NDAA.

Also during the hearing, while advocating for two amendments to limit U.S. support for the 2022 Olympics in Beijing, in protest of the Chinese government’s alleged human rights abuses against the Uyghurs, Rep. Michael Waltz (R-FL) argued the U.S. “probably should have” boycotted the 1936 Berlin Games to protest the Nazi regime. Both of Waltz’s amendments on the issue failed.