The All-Conference point guard from Skokie, Ill., has thrived while remaining Sabbath-observant 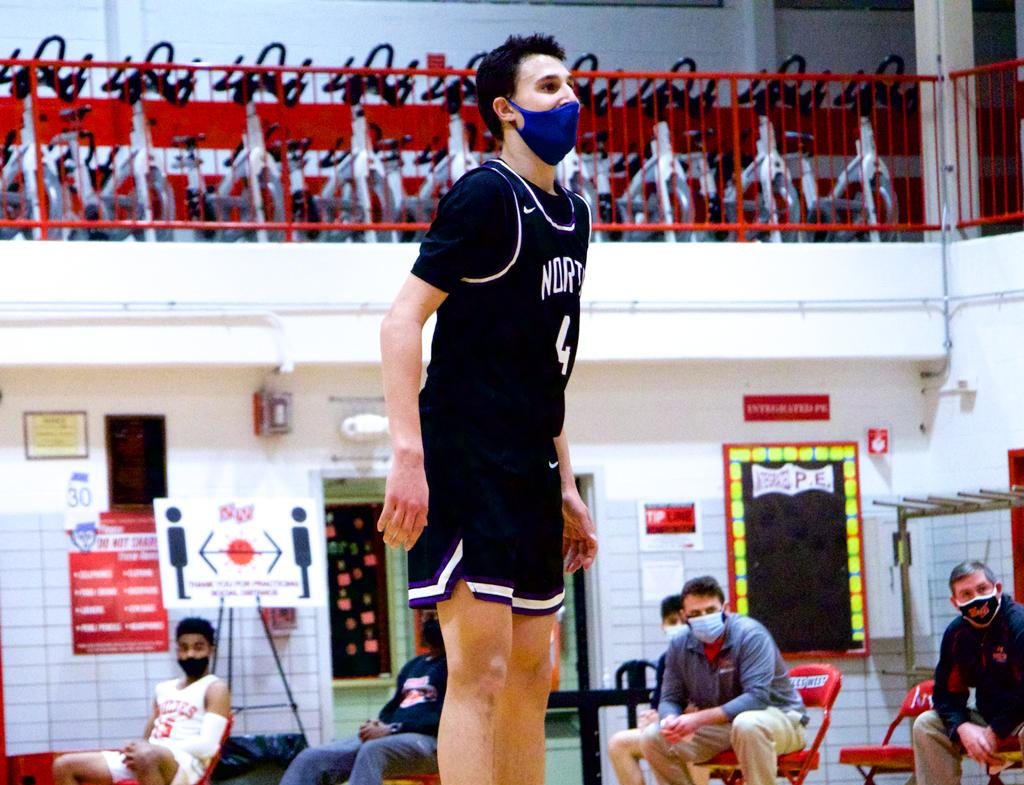 For an Orthodox Jewish kid who fell in love with basketball as a boy, nothing could keep Yosef “Yogi” Oliff out of the gym on game day — not even braving the bone-chilling Chicago winters on a long Sabbath walk before tip-off. The star point guard from Skokie, Ill., knows firsthand the dedication it takes to play in a competitive Chicago-area high school league, and to be an observant Jew.

“I’ve walked four miles to the gym, I’ve walked in snow, I’ve walked in negative weather,” Oliff, who received a Division I offer from the U.S. Military Academy at West Point, told Jewish Insider in a recent interview.

Given his religious beliefs, the rising senior at Niles North High School in Skokie, Ill., does not drive to and from games on Shabbat; he often spends the Sabbath with family or at a hotel located near the gym. To attend winter games, he often has to walk long distances in the cold, in accordance with Jewish custom.

Oliff, 17, has played for his school’s varsity team since his freshman year, an unusual feat at Niles North, whose team is ranked No. 55 among all Illinois high school teams, according to the MaxPreps rankings. The offer from West Point marked the start of the recruiting process for the 6-1 point guard, who made the Central Suburban League All-Conference team the past two seasons.

Oliff’s prowess caught the eye of the Niles North Vikings coach Glenn Olson when the guard played in the school’s youth basketball camps. Olson tapped him for the varsity squad as a freshman. “He thought that’d be the best for my development,” Oliff surmised.

The Vikings playmaker — who averaged double digits in scoring his sophomore and junior years — has served as team captain since his sophomore season.

Basketball has enthralled Oliff since he was a child. The youngest in his family, he played with his older siblings and at a JCC travel league as a child, and cheered his siblings at their basketball games.

“I was always at [my siblings’] games, always around [the gym]… I guess I fell in love with it,” remembers Oliff.

During the off-season, Oliff competes in a travel league, working on his game against stiffer competition. This summer, after recovering from a hand injury in June, Oliff played in Amateur Athletic Union (AAU) tournaments, and is slated to begin his final season for the Vikings in the fall.

For now, although he is “blessed and grateful” to receive his West Point offer, Oliff is keeping his college options open. “The goal is to see how many [offers] I can accumulate,” he explained, “and then make the best decision from there.”

“Obviously I think it’s everyone’s goal as a kid to play Division I — it’s the highest level, it’s the level that offers scholarships,” acknowledged Oliff. But other concerns — academics and Jewish life on campus — remain important for Oliff’s calculation, too: “If I think that a D3 school who’s recruiting me is a better fit for me to grow as a person and a basketball player, then I’ll go there,” he said.

If Oliff accepts a D1 offer, he will be following in the footsteps of Tamir Goodman, an Orthodox Jew who played for Towson State in the early 2000s, whom Sports Illustrated dubbed the “Jewish Jordan.” Additionally, more recently, Yeshiva University’s Ryan Turell was considered to have a shot at the NBA.

Skills from the court extend to everyday life for Oliff: “I’ve learned dedication,” he observes. “If you want to be good at something, if you want to see results, you have to dedicate time. You have to sacrifice, whether that’s sacrificing, time with friends, or things that are more gratifying in the moment.”