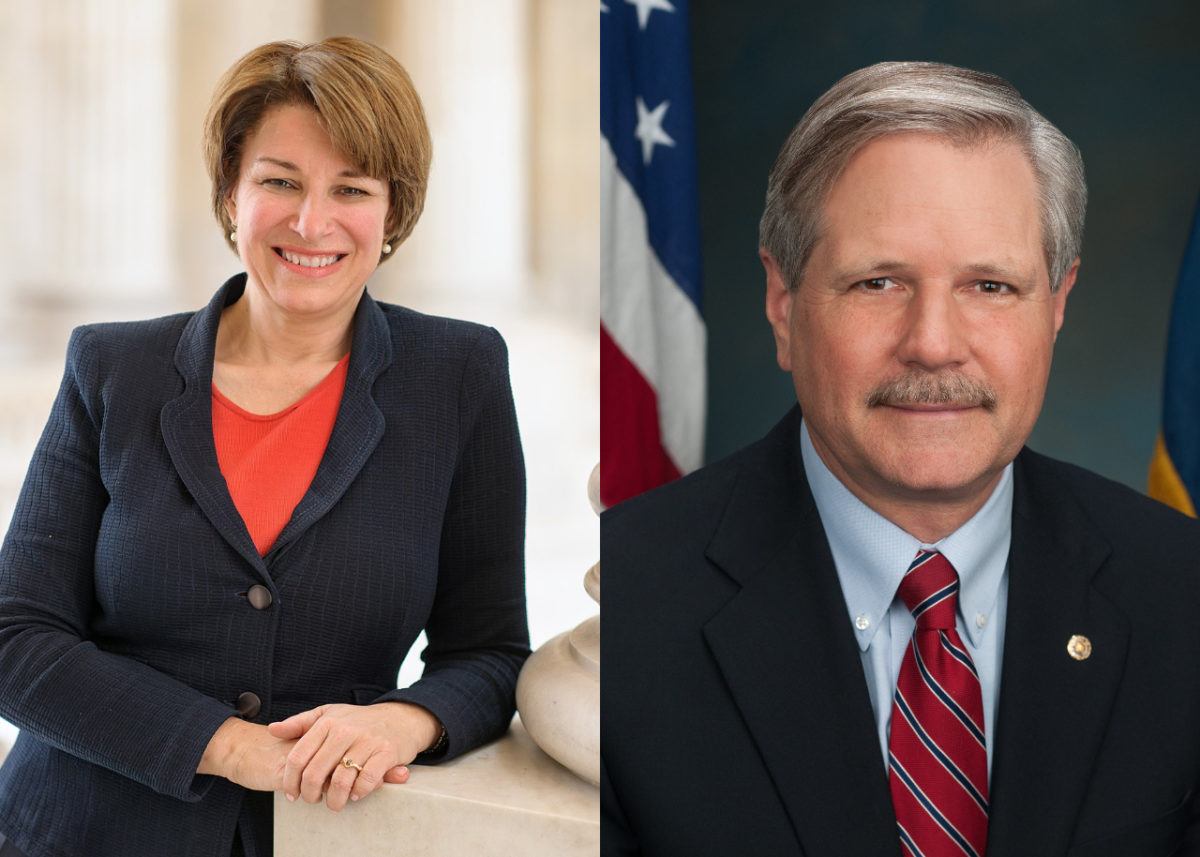 The Senate’s bipartisan $1 trillion infrastructure bill is the most-discussed topic on Capitol Hill this week, as senators scramble to pass the legislation ahead of the body’s scheduled summer recess. But one provision getting little attention within the 2,700-page bill represents the culmination of more than a decade of activism led by the Orthodox Union.

The Nonprofit Energy Efficiency Act was first introduced in Congress by Sens. Amy Klobuchar (D-MN) and John Hoeven (R-ND) in 2012, and reintroduced twice since then. The proposal would provide $50 million to the Department of Energy for grants of up to $200,000 for nonprofit organizations to upgrade their infrastructure and purchase more energy-efficient equipment, such as generators and heating systems.

OU Advocacy Center Director Nathan Diament told Jewish Insider that the legislation, crafted by OU, was borne of the significant expenses that synagogues, day schools and other nonprofits incur from energy costs — generally one of the top two budget items for such organizations — as well as a desire to increase energy efficiency.

“We developed this concept and brought it to Senator Klobuchar and Senator Hoeven,” Diament explained, “and they very much embraced it and have been leading the effort this whole time as a bipartisan duo.”

Klobuchar praised OU’s advocacy on the issue in a statement to JI.

“I thank the Jewish community for taking a lead in advocating for this legislation. As nonprofits, including our religious organizations, become more energy efficient, they can allocate more resources to their core missions,” Klobuchar said. “Many nonprofits have struggled to keep up with demand during the pandemic,  which is why I knew it was critical to include this bill in the infrastructure package. This bipartisan legislation is a win-win — it’s beneficial for the environment and the communities these organizations serve.”

“Unfortunately, the ‘front-end’ costs to make these improvements and retrofits are very high. For nonprofit charities, the hurdle of these front-end costs is even higher to surmount because we cannot just raise the prices of the widgets we sell or take on greater debt to finance them,” Diament said in testimony to a Senate subcommittee in 2013. “Candidly, a new HVAC unit or boiler is not the most exciting project to pitch to even deeply dedicated donors to our institutions.”

Following the release of the infrastructure package earlier this week, Diament said in a statement that OU is “immensely appreciative to the Senate for including [the Nonprofit Energy Efficiency Act].”

“This legislation provides a long-awaited boost to the faith community and nonprofit sector alike by enabling them to allocate greater funding to programs and services and less to energy bills, ultimately decreasing their energy footprints,” he continued.

Hoeven echoed Diament in a statement to JI.

“Non-profits provide essential services to communities across our nation, helping to improve the local quality of life and aiding individuals and families facing a range of challenges. We’ve advanced this legislation to help non-profits, like faith-based organizations, social service providers and youth centers, reduce their operating costs by making energy-efficiency upgrades to their facilities,” the North Dakota senator said. “That means they will be better able to invest in their missions and continue meeting the needs of their communities.”

Diament told JI that the OU originally envisioned the energy grant program as a “sequel” to the Nonprofit Security Grant Program, which was established in 2004 to provide grants for nonprofits’ security upgrades.

Other groups supporting the OU in the effort include the Jewish Federations of North America and groups representing churches, the YMCA and art museums.

According to Diament, the initiative moved forward once before as part of a previous bipartisan energy package passed by the Senate in the mid 2010s, but the House never took up consideration of that package.

Diament said OU has been working on the legislation behind the scenes since discussions about a bipartisan Senate infrastructure package began earlier this year.

“We’ve been coordinating with [Klobuchar and Hoeven] and it fit in very nicely,” he explained. “We’re optimistic that being part of this big bipartisan infrastructure package that we can finally get this across the finish line.”

“America’s nonprofits, including the senior centers, community health organizations and food pantries that provide assistance for the most vulnerable, are often housed in outdated facilities and do not have the resources to modernize them,” Fingerhut said in a statement to JI. “The Nonprofit Energy Efficiency Act would fix that, paving the way for nonprofits to upgrade drafty, poorly insulated, decades-old buildings with inefficient heating and cooling systems and save on energy costs, all while reducing their environmental impact.”