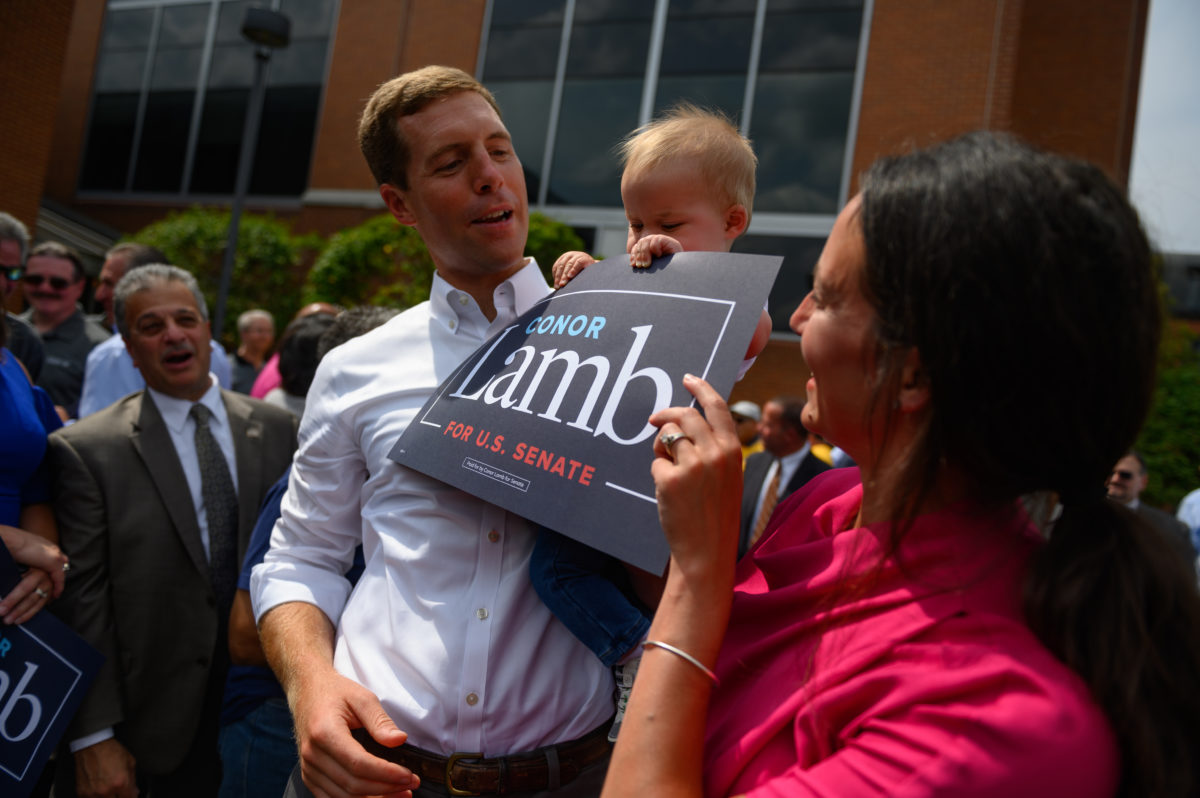 Rep. Conor Lamb (D-PA), who declared his candidacy for the 2022 Pennsylvania Senate race on Friday, enters the campaign in the top tier of contenders given his moderate profile and history of attracting crucial working-class voters, Pennsylvania political analysts told Jewish Insider over the weekend.

Lamb first burst onto the national stage in 2018 after winning a special election in Pennsylvania’s 18th Congressional District, which had gone for former President Donald Trump two years prior and typically leans conservative. (The district is centered in Pittsburgh in the western part of the state.) Lamb has since become a prominent face in the moderate wing of the House Democratic caucus.

The congressman’s entry “changes [the race] up dramatically,” Ari Mittleman, a political consultant and the host of the “PA Political Podcast,” told JI.

“Lamb [is] a significant figure who’s proven that he can win elections among working-class voters,” Terry Madonna, a senior fellow for political affairs at Millersville University, told JI.

Madonna rates Lamb among the five most competitive Democrats in the race, alongside Lt. Gov. John Fetterman, State Rep. Malcolm Kenyatta, State Sen. Sharif Street and Montgomery County Board of Commissioners Chair Valerie Arkoosh. Nine Democratic candidates have already announced their candidacy for the Senate seat currently held by retiring Sen. Pat Toomey (R-PA), and several more are expected to throw their hats in the ring.

Lamb’s strengths include his fundraising and name recognition, Marc Meredith, a political science professor at the University of Pennsylvania, told JI. Mittleman noted that Lamb also enters the race with a sizable national email database and nearly $1 million left on hand from his 2020 House re-election race.

The field could still change dramatically, however. “I’m not ruling out that some of these other candidates can’t raise money and be a factor,” Madonna emphasized.

Lamb, Meredith noted, has also never held statewide office, unlike Fetterman, and is likely only better-known in western Pennsylvania, around his district, and in the Philadelphia area, where the University of Pennsylvania graduate attended college.

Lamb staked out his base in his campaign announcement, which he held in a union hall in Pittsburgh. Unions and workers from small and rural Pennsylvania towns in what was once coal, iron and steel country are perennially crucial constituencies in Pennsylvania politics and are part of “Conor’s DNA,” Mittleman told JI.

“I would be surprised if he doesn’t do pretty well with the unions,” Madonna concurred.

Lamb’s victories in red-leaning congressional districts have made him a strong candidate to win over a sizable portion of moderate and right-leaning voters throughout the state.

“Lamb has a proven track record of building a coalition, having crossover appeal, engaging folks that might be registered Democrats on paper but previously voted for President Trump,” Mittleman said.

More than a year ahead of the election, the analysts said it’s hard to predict whether Democratic primary voters are likely to favor a moderate like Lamb or a more progressive choice, or which ideological lane would be more likely to win the seat for Democrats in November 2022.

“I don’t think it’s a given that just because Lamb is positioning himself as a more moderate candidate that necessarily means he’s a stronger candidate,” Meredith said.

“This is really tough. It’s so hard to know until we get into the campaign and things start to shake out,” Madonna added. “I don’t know about some of these people that aren’t known at all outside of their area, whether they can raise the money to run a statewide campaign. And I can’t emphasize [enough] the significance of that and a support base in many of the critical counties.”

With the significant size of the candidate field, building up a small, but dedicated, base may be enough to claim victory in the primary.

“This is going to be a very contested primary that ultimately may not take a huge percentage of the votes to win,” Meredith said. “It is likely the case that Lamb starts at a little bit of a competitive disadvantage than Fetterman on name recognition, probably more than on the ideological side.”

Lamb’s entry into the race is unlikely to thin the field significantly in the short term given that his announcement has been long-anticipated by politics-watchers in the state, according to Madonna.

But candidates will likely start to drop out after the October Federal Election Commission quarterly filing deadline. “Then candidates have some hard decisions to make if they want to go into the fourth quarter or they want to pivot to, for example, our open lieutenant governor’s race or as congressional district maps are written, things like that,” Mittleman said.