A ‘military rabbi’ reflects on his service in Afghanistan

After retiring as the Marines’ top Jewish chaplain, Rabbi Irving Elson now 'cares for the caregivers' 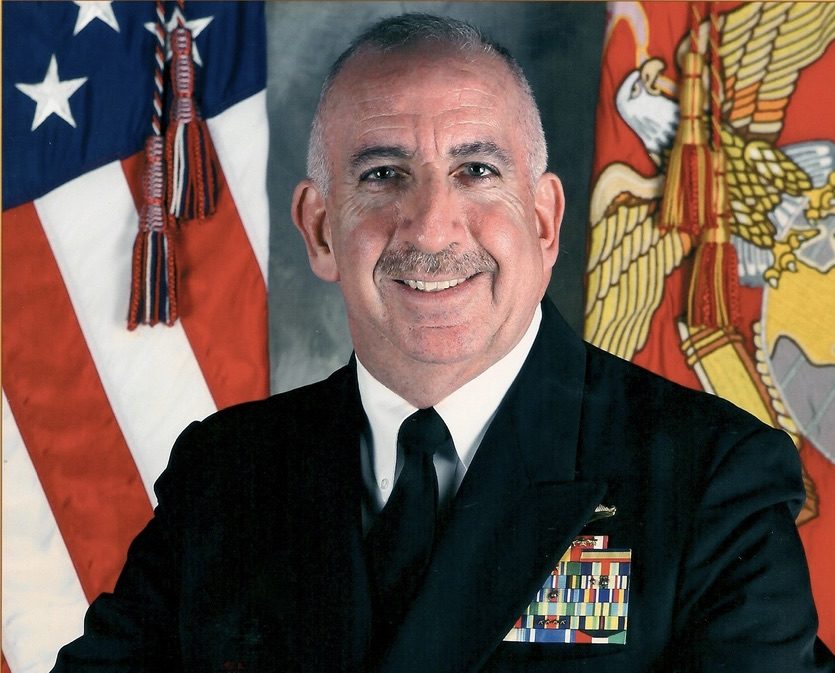 Passover was one of Rabbi Irving Elson’s favorite holidays to observe while he was stationed in Afghanistan. As a senior chaplain with a Marine expeditionary force, he traveled the country ministering to the needs of Jewish service members throughout the country.

“Passover was great, because we had a Seder the first night, the second night, the third night, the fourth, as we went around,” Elson told Jewish Insider. “A lot of times it was for two or three Jewish Marines or soldiers. But that’s what we do. We create meaningful Jewish life for them where they’re at.”

Until his retirement five years ago, Elson was the highest-ranking Jewish chaplain in the Marine Corps. He served in the U.S. military for 30 years, with deployments to countries including Afghanistan, Iraq, Italy and Japan. And though he no longer ministers directly to troops and senior military officials, he is confronting a new spiritual challenge — a sense of despair and frustration among troops and chaplains he served with in Afghanistan who are now watching the country fall into the hands of the Taliban.

“How do you process everything that’s going on there in terms of your service there? And I think, without exception — and I feel this myself — that we did the best we can,” said Elson, who now serves as director of the Jewish Welfare Board’s Jewish Chaplains Council, which supports and advocates for Jewish military chaplains. “We helped people until we were not able to help people. As I talk to my rabbis, that’s really what I say.”

The past few weeks have been challenging for American troops who have served in Afghanistan. Some veterans are left wondering whether there was a point to their service, and to their injuries and the deaths of their friends.

“I hope these next few months don’t increase the number of suicides with Afghan veterans,” said Jeffrey Blonder, a Naval reservist who served for 15 months in Afghanistan. “I don’t feel like my efforts were in vain. And I hope no one — even the people that paid the ultimate price, and I have several friends that did pass away over there … We had a mission, and I think we accomplished what we had to do when we were there.”

Blonder now serves as the Massachusetts commander for Jewish War Veterans of the USA, an organization that serves American veterans and fights antisemitism. He also speaks out about the high suicide rate among veterans: Roughly 18 veterans die by suicide daily, according to figures from the Department of Veterans Affairs. The VA has recently released resources for Afghanistan veterans who are struggling.

“It’s important that people continuously put out that message that this is just a short-term effect, that there are resources for you if you are feeling down about the situation,” Blonder added.

As a former military rabbi, Elson is now talking to other chaplains who are experiencing similar feelings about the Taliban takeover of Afghanistan. And now that he is out of the service, he often speaks to Jewish congregations around the U.S. about Jewish troops, where he frequently  addresses myths held by some American Jews about the military.

“The biggest misconception is that Jews don’t serve,” Elson explained.

There are some 10,000 Jews serving on active duty now, according to Elson. Jewish War Veterans, Blonder’s group, was founded by Jewish veterans in the late 19th century in part to counter the falsehood that Jews had not fought in the military during the Civil War. “It is a very honorable, Jewish thing to serve in the U.S. military,” Elson argued. “This country has been just so welcoming and open to our people.”

In Elson’s case, serving in the military was also something of a family tradition; his father was a Marine in the Korean War. “My father said, ‘Look, I don’t care what you do with your life, but everybody in this family goes into the service for a couple years after college,’” Elson recalled.

But Elson also knew, from a young age, that he wanted to be a rabbi. He had a mentor, a rabbi, who also encouraged him to join the military, “The absolute best thing you could possibly do to become a well-rounded rabbi is to serve in the military for a couple of years,” Elson recalled the rabbi telling him. He joined the Navy Reserve at the outset of rabbinical school at the Jewish Theological Seminary, knowing that his first job after entering the rabbinate would be in the military. It was the only rabbinical job he ever held.

“It’s a little different than being a pulpit rabbi,” Elson noted. His first job, at the lowest level of chaplaincy, was serving as chaplain to a battalion. He would make sure Jewish soldiers had kosher meals if they needed them, or festive meals or prayer services on holidays. But Jewish soldiers were not his only charges.

“There might be six Jewish Marines in a battalion of 600 people,” Elson said. “It’s that rabbi’s responsibility to make sure that Catholic personnel have regular priests, or that Muslim personnel have halal meals, or Buddhist personnel have a place for them to worship in their manner.” He would also provide moral guidance to commanding officers.

As Elson rose through the ranks and advised more senior military officials, his responsibilities changed. “The chaplain serves as advisor on the impact of religion on military operations. Is it wise to start a major humanitarian campaign during a Muslim festival?” Elson explained. “We become somewhat of a subject-matter expert, not only on specific religions but just on the impact that religion or faith would have on an operation — be it internal, our own operations or external operations.”

Winning the trust of soldiers in his battalion was tough. But chaplains gain credibility because “they serve everywhere where servicemembers are serving,” Elson said. “How can you counsel a spouse when she says, ‘I miss my husband,’ unless you can say, ‘You know what, I deployed too. I know exactly what you’re going through. This is what helped me, or this is how my faith helped me get through this.’”

Serving alongside servicemembers means that chaplains are also at risk, and Elson — who served several tours in Iraq and was deployed twice to Afghanistan — had many moments in both countries where he feared for his safety and wondered whether he would make it home. “When you travel from one base to the other, there’s a lot of bad guys between here and there,” said Elson. In Afghanistan, he traveled frequently to meet with Jewish troops stationed around the country.

He rose to the rank of deputy chaplain of the Marine Corps, and he held the job until reaching retirement age. “My last duty station was in the Pentagon, and I always kid that you can still see the claw marks at my desk as they dragged me out saying, ‘Hey, it’s time to go,’” Elson joked.

Now, his job may be simpler; there are no tours to war zones, and he works from home. But he takes his responsibility to care for the caregiver seriously. “Chaplains are not immune” from the way veterans and troops are feeling about Afghanistan, said Elson.

“You’ve heard the expression ‘boots on the ground.’ We have very, very little, if any, say where the boots on the ground go. But we’re taking care of the feet that are in those boots. And that’s our mission,” he explained.

As the U.S. military has evacuated thousands of people in recent weeks, military rabbis have new “feet in boots” to take care of: the Afghan refugees touching down at American military bases around the world.

“When I hear one of our rabbis that is now serving in Ramstein [Air Base in Germany], where they’re laying out 5,000 cots and tents for refugees, that first person a refugee sees coming out of a plane might be a rabbi.”

On their uniform is the insignia of a Jewish chaplain, the two tablets of the Ten Commandments.