Scheyer, a former Maccabi Tel Aviv shooting guard, has been on the Blue Devils' coaching staff since 2014 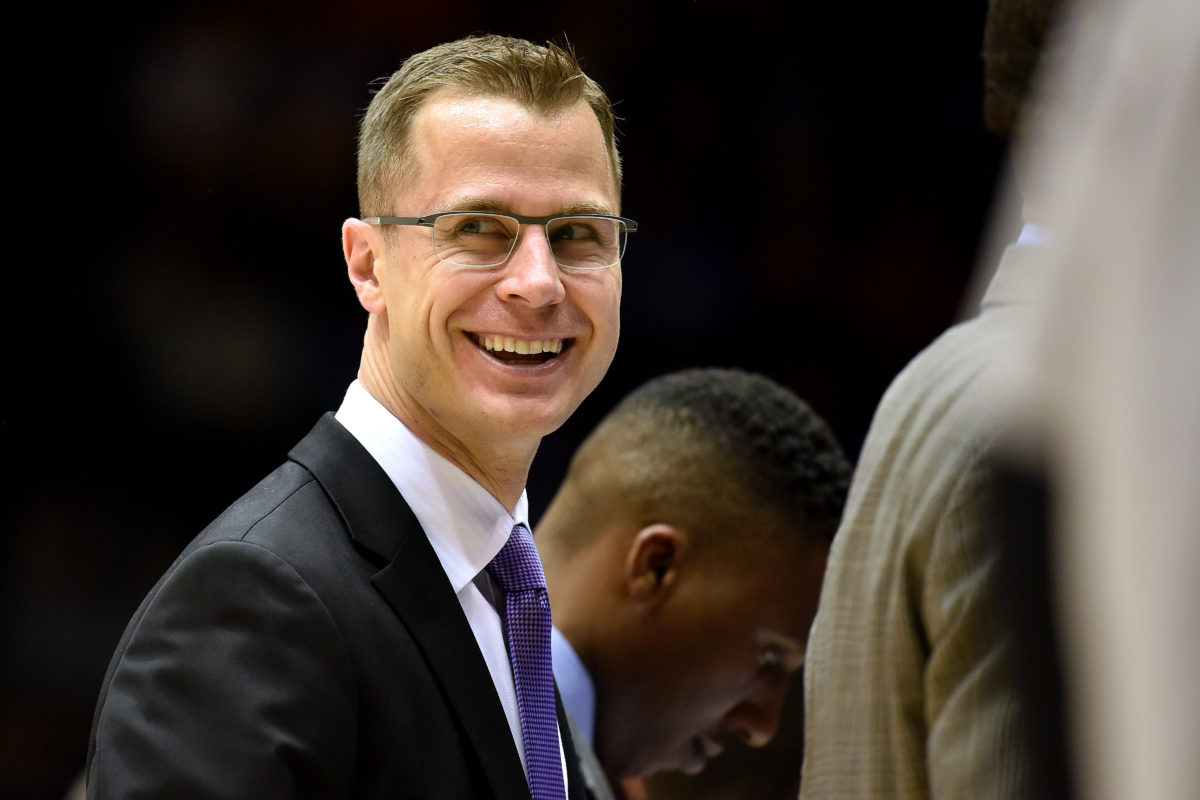 Associate head coach Jon Scheyer of the Duke Blue Devils looks on during their game against the Stetson Hatters at Cameron Indoor Stadium on December 1, 2018 in Durham, North Carolina. Duke won 113-49.

Following reports that longtime Duke University basketball coach Mike Krzyzewski will retire at the end of the next season, Jon Scheyer, the team’s associate head coach and a former Maccabi Tel Aviv shooting guard, was named the next head coach of the Blue Devils.

Scheyer has coached for the Blue Devils since 2014, and briefly served as head coach earlier this year while Krzyzewski was quarantined after exposure to the COVID-19 virus, leading Duke to a suspenseful 83-82 victory over Boston College.

In 2014, when Krzyzewski hired Scheyer for the Blue Devils’ coaching team, he stated that Scheyer’s “knowledge of the game is incredible,” adding that Scheyer will bring a “youthful exuberance to the staff.”

Scheyer grew up in a heavily Jewish suburb of Chicago and celebrated a basketball-themed Bar Mitzvah. As a teenager playing for Glenbrook North High School’s basketball team, Scheyer earned the nickname “Jewish Jordan.” He has been honored by the National Jewish Sports Hall of Fame twice.

As a high school player, Scheyer smashed records and impressed his coaches. In his most stunning performance, Scheyer scored 21 points in 75 seconds in the West Proviso Holiday Tournament, which the Chicago Tribune called “the greatest performance in the 45-year history of the Proviso West Tournament.”

From 2006 to 2010 Scheyer played for Duke University while a student, twice serving as captain and leading the team to its 2010 national championship victory.

Scheyer was not drafted in the 2010 NBA draft, but did play in the NBA summer league, where an eye injury forced him to undergo retinal surgery. Ever since, he has played with sports goggles.

In 2011, Scheyer played for the Rio Grande Valley Vipers of the NBA D-league, before joining Maccabi Tel Aviv, where he was signed for two years.

Scheyer, whose father is Jewish, attained Israeli citizenship to sidestep a European League rule that limited the number of foreign players allowed per team.

Scheyer’s Maccabi career was unremarkable: He averaged less than ten minutes per game and 1.3 points per appearance.