Bass, a former journalist and Obama administration official, joins the Department of Defense as director of speechwriting 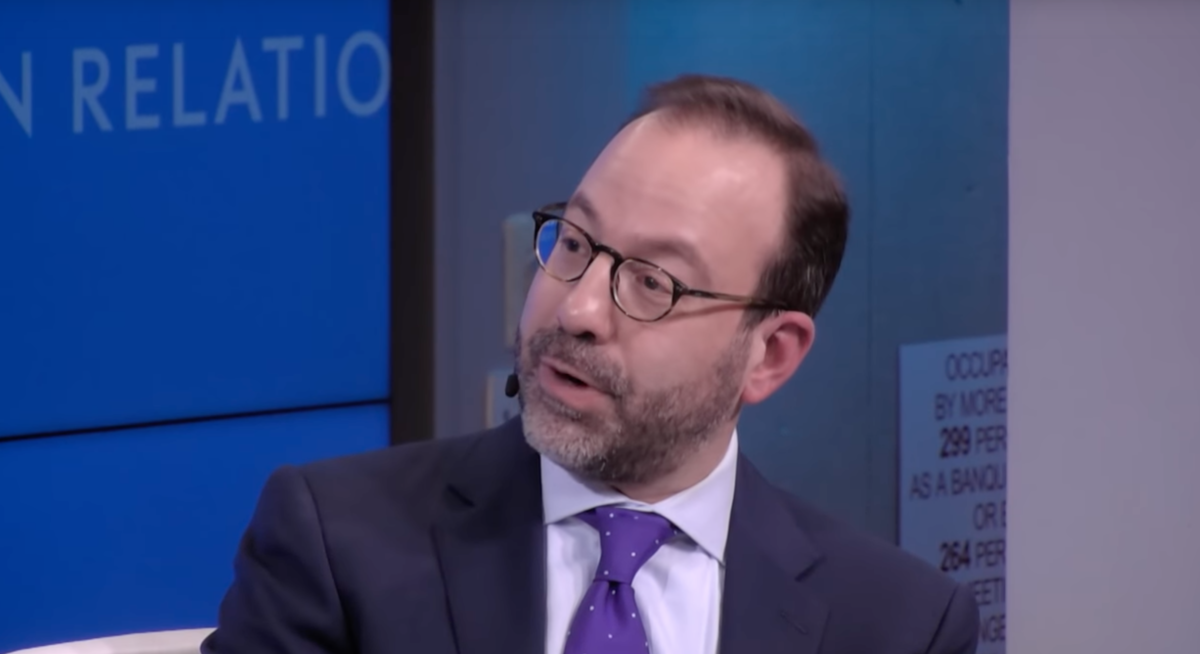 Bass most recently served as senior editor of the review section at the Wall Street Journal, and earlier in his career held a similar position at The Washington Post. His 2003 book Support Any Friend: Kennedy’s Middle East and the Making of the U.S.-Israel Alliance argued that President John F. Kennedy was the true architect of the modern U.S.-Israel relationship.

“Warren Bass literally wrote the book on the history of the U.S.-Israel relationship, and no doubt he will bring that deep knowledge — as well as expertise as a journalist and former State Department official — to his work at the Pentagon,” Kenneth Baer, a Democratic speechwriter who served as director of communications in the Office of Management and Budget during the Obama administration, explained to Jewish Insider.

As a recipient of the Wexner Graduate Fellowship, a prestigious program that funds graduate degrees in Jewish studies, Bass earned a Ph.D. in history from Columbia. He then served as a historian on the professional staff of the 9/11 Commission. According to reporting from New York Times reporter Philip Shenon, Bass reportedly discovered one of the Commission’s most damning pieces of evidence: a memo sent from National Security Council counterterrorism director Richard Clarke to National Security Adviser Condoleezza Rice, urging her to take the threat of al-Qaeda terrorism more seriously. The memo was sent on September 4, 2001, a week before the September 11 terrorist attacks.

“Are we serious about dealing with the al-Qaeda threat?” Clarke asked Rice, according to the Commission Report. “Decision-makers should imagine themselves on a future day when the CSG [Counterterrorism Security Group] has not succeeded in stopping al-Qaeda attacks and hundreds of Americans lay dead in several countries, including the U.S.”

Months after Bass’s discovery, he reportedly threatened to quit the group due to perceived interference from executive director Philip Zelikow, who was close to the Bush White House. In 2014, Bass had a high-profile public argument with former Vice President Dick Cheney and his daughter, Rep. Liz Cheney (R-WY) in the op-ed pages of the Weekly Standard and The Wall Street Journal over the commission’s findings. The Cheneys argued that “Saddam [Hussein] had deep, longstanding, far-reaching relationships with terrorist organizations, including al Qaeda and its affiliates.” In response, Bass argued that the Commission’s “rigorous review of intelligence reports” reached a conclusion that “differs flatly from the Cheneys’ view.”

Noam Neusner, who served as a speechwriter in President George W. Bush’s administration, told JI that “any conservative who has worked with [Bass] when he was at the Journal knows that he appreciates rigorous and well-argued pieces — a reflection of a careful and open mind.”

Bass appears often as a speaker at events in the Jewish community, including a panel at the 2020 conference of the Council of American Jewish Museums and a 2019 event at the American Jewish Historical Society. He moderated a 2019 Council on Foreign Relations panel about the rise of global antisemitism, and in 2014 he wrote a column in a Hebrew Union College publication.