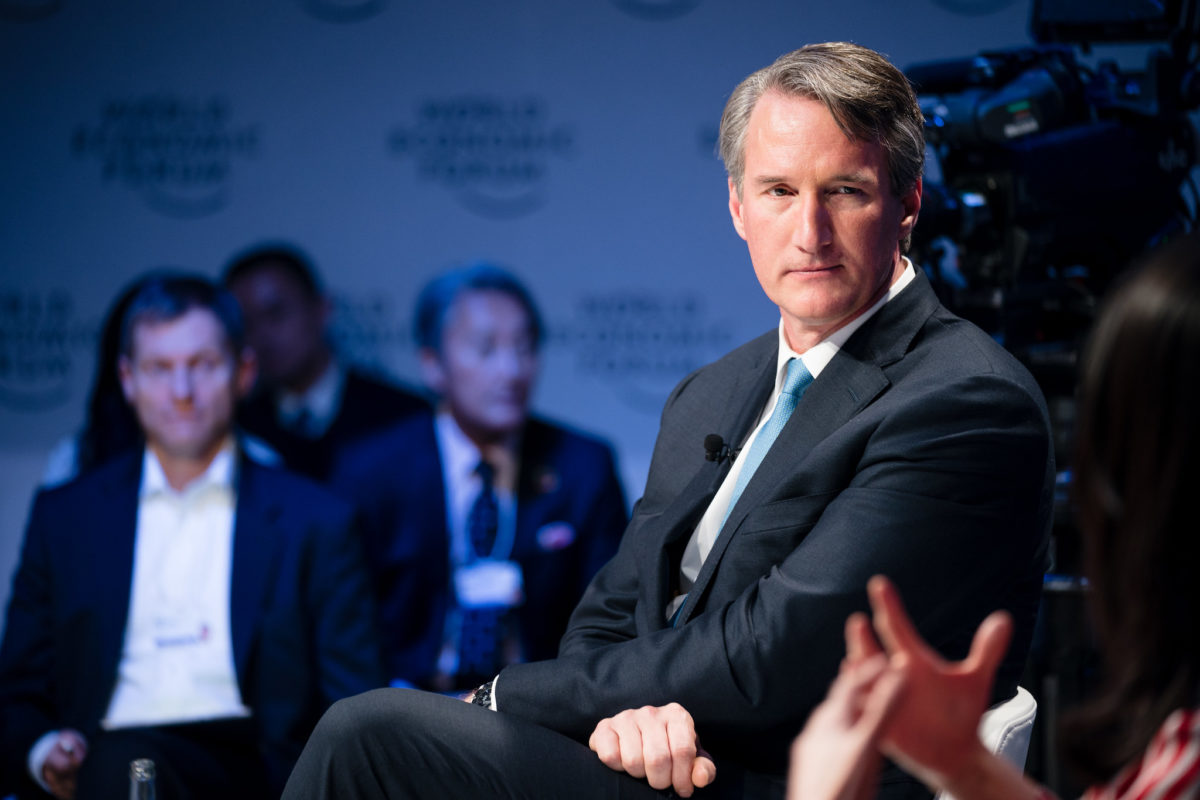 Virginia Republicans made national headlines last month when a key committee voted against allowing a special voting period for Virginians who — for religious reasons — could not participate in the party’s nominating convention, which took place this past Saturday. The Republican Party of Virginia backtracked three days later, establishing an early voting period the day before the convention for people who observe the Sabbath on Saturday.

After all the wrangling, just 20 to 30 people participated in the early voting period, a state GOP spokesperson told Jewish Insider.

The small number may have been due to timing: The decision to create a Friday voting period came after registration for the convention had closed, preventing individuals who had not already signed up from voting.

Still, the move represents a roadblock for Virginia Republicans, who have not won any statewide office since 2009 and who will need to recruit a broad coalition of voters to counter the state’s recent leftward shift.

“There’s a large number of people in the party who want to shore up the base and get out more of the conservative Christian groups. They just forget that there are Orthodox Jews out there who are quite conservative, too,” said Ken Reid, who previously served as a Republican official in Loudoun County and now lives in Norfolk. “I think that part of the problem is it’s easy to talk to people who are like you, and like-minded; it’s very difficult to talk to people who are on the fence.”

Despite this misstep, Republicans say they understand the need to diversify their ranks, particularly as non-white populations in the state have grown in recent years.

Jeffrey Dove, a Black Republican who ran twice for Congress in Northern Virginia and is now running for a vacant House of Delegates seat in Manassas, said that the party’s selection of Glenn Youngkin — a former CEO of the Carlyle Group and a first-time political candidate — as its gubernatorial nominee is a promising sign.

Several Republicans speculated that without former President Donald Trump in the White House, Youngkin will be able to more clearly define his positions.

“Instead of having to answer questions about, ‘What about this, what about that’ about Trump, he can focus on issues in Virginia,” said Mike Ginsberg, a member of the Republican Party’s State Central Committee.

With no voting record of his own or much of a public track record from the prior presidential administration, Republicans are hopeful that Youngkin can win over voters who were skeptical of previous Republican policies or candidates. “He’s a new face, so he didn’t have any baggage on immigration or any of the other issues,” noted Tom Davis, a Republican who represented Northern Virginia in Congress for 14 years.

Still, Youngkin has embraced the former president. In March, his campaign released an ad touting a comment Trump made last year praising Youngkin’s performance at Carlyle and his stance on China. Yesterday, just hours after Youngkin clinched the nomination, he received an official endorsement from Trump — which Youngkin avoided mentioning in a Tuesday night speech.

Youngkin has yet to make an impression on much of the state, with six months until the November election. Around 50,000 people signed up to participate in Virginia’s nominating convention, with estimates that 30,000 actually showed up.

“It’s really up to him as to how he wants to present and organize the larger campaign,” said Quentin Kidd, dean of the College of Social Sciences at Christopher Newport University in Newport News, Va. “If he wants to run by embracing Trump and Trumpism, I think it’s going to make it harder for him to then reach out to non-conservative, white, Christian voters. If he wants to distance himself to some extent from Trump, and run as a fiscal conservative or some other kind of conservative Republican, that I think then makes it possible for him to reach out to groups of voters that aren’t or haven’t been aligned with Republicans in Virginia for the last decade.”

Democrats have tried to tie Youngkin to Stewart, who has been criticized for his relationships with white nationalists and attacked as xenophobic for linking immigrants to violent crime. Stewart endorsed Youngkin’s campaign last week.

“I think people have become keenly aware that when the debate on immigration gets toxic, as it has been for way too many years, it undermines the civil rights and civil liberties of Latinos,” said Clarissa Martinez de Castro, deputy vice president of policy and advocacy at UnidosUS, a nonpartisan Latino civil rights organization. “That’s why even when it’s not top of the agenda, sometimes voters see it as a sort of barometer, to gauge how candidates or parties regard their community.”

Democrats, meanwhile, view Youngkin’s lack of electoral history as an opportunity — a blank slate to define him on their terms. “Glenn Youngkin has fully embraced Donald Trump and Corey Stewart’s dangerous extremism,” Democratic Party of Virginia spokesperson Manuel Bonder told JI. The day Youngkin won the nomination, leading Democratic candidate Terry McAuliffe, who served as Virginia’s governor from 2014 to 2018, made a similar claim in his first tweet commenting on Youngkin’s win.

“That’s just a bunch of name-calling, a bunch of whatabout-ing, a bunch of strawman arguments, and a bunch of equating our candidates with candidates in the past,” said John March, communications director of the Republican Party of Virginia. But, he noted, Virginia Democrats might have their own baggage when it comes to winning over Black voters.

“They allowed [current Gov.] Ralph Northam to continue as the governor of Virginia, and they’re actually singing his praises now, even after he put on a KKK hood to pose for a picture for a yearbook,” March noted. (After yearbook photos emerged showing Northam in a photo of one man in blackface and another in a KKK outfit — Northam did not say which person was him — he ignored calls from some Democrats in the state to resign.) A Virginia State University poll released ahead of Election Day in November 2020 revealed that 20% of Black voters in the state did not affiliate with a party, though 97% said the candidates they supported in the past had been Democrats.

In the quest to broaden its base, Republicans are also looking to one of the fastest growing populations in the state: Asian Americans. From 2012 to 2018, the number of eligible Asian-American and Pacific Islander voters in Virginia grew by 37%, compared to a 6% growth rate for the voting population as a whole.

Youngkin “did a lot of outreach for Koreans and some of those groups to get them out for him,” said Davis, the former House member. “I think he’s got a real opportunity to make some inroads there. Democrats have made some mistakes in those areas that give the Republicans some chances — for example, Thomas Jefferson High School for Science and Technology.”

Davis was referring to the Alexandria public school recently ranked as best in the nation. In recent weeks, the school has made national headlines after the Fairfax County Public Schools superintendent made changes to the admissions criteria, including canceling the admissions test. The goal was to change the school’s practices to create more racial equity at the school, which is 70% Asian. Republicans view this as a key way to bring in Asian American voters who might see the change as an affront.

Ginsberg, the State Central Committee member, called the proposed changes “a dagger aimed directly at that community,” and argued that “the Republican Party understands that.”

That message could be working “for some segments of the population, maybe for some initial first-generation immigrants that are just now coming over, and have not necessarily been as exposed to all the different discussions around affirmative action,” said Christine Chen, executive director of Asian Pacific Islander American Vote, a nonpartisan organization that seeks to increase electoral and civic engagement. “I think still for a large segment of the population, that doesn’t necessarily resonate with them.” A survey conducted by Chen’s organization found that 70% of Asian Americans support affirmative action.

In tandem with the question of admissions standards at Jefferson, Republicans are also hoping that criticisms of the emerging field of critical race theory will win back suburban voters who disliked Trump but may now be unhappy with public school curriculum changes that include a focus on the history of racism and white supremacy.

“You have this kind of ‘woke’ ideology that really is just deeply offensive to a lot of people, whether you’re to the left or to the right,” said Ian Cummings, a Republican activist in Norfolk who was active in urging the Republican Party to create an opportunity for Orthodox Jews to participate in the convention. “The woke ideology has obviously provoked a big backlash among conservative voters, but it’s also sparked a backlash from what I’ve seen, among a lot of middle-of-the-road suburban moms and suburban families, the same suburban people that have fled Trump.”

Others, though, are skeptical that such efforts will resonate with voters.

“Especially with the critical race theory, I think that’s still very new, that whole concept,” said Chen. “I don’t think that will actually work well, because for us the solution to combating anti-Asian violence is actually more education about our community.”

“I have yet to see anybody other than card-carrying base Republicans be excited about the issue of ‘wokeness,’” said Kidd. “I’m not convinced that that’s the path that’s going to excite suburban voters to say, ‘We’re going to shift from what we’ve been doing for the last 10 years to this person that we don’t know and we’ve never seen before.’”

Ultimately, Republicans think that the best message they have to win over voters of color and disenchanted Democrats is that winning the governor’s race would be a check on the power of Virginia Democrats.

Davis likened the situation to states like Maryland and Massachusetts, which are heavily Democratic overall but have a history of electing Republican governors. “Voters know that you still have a Democratic legislature,” Davis argued, “so it’s not like you’re giving the keys over to Republicans to run the state. You’re kind of balancing it, at a time when the Democratic legislature probably moved a little faster than the state was willing to go, was ready to go.”