After Netanyahu's deadline passes, President Reuven Rivlin must decide who will get the next chance to form a coalition 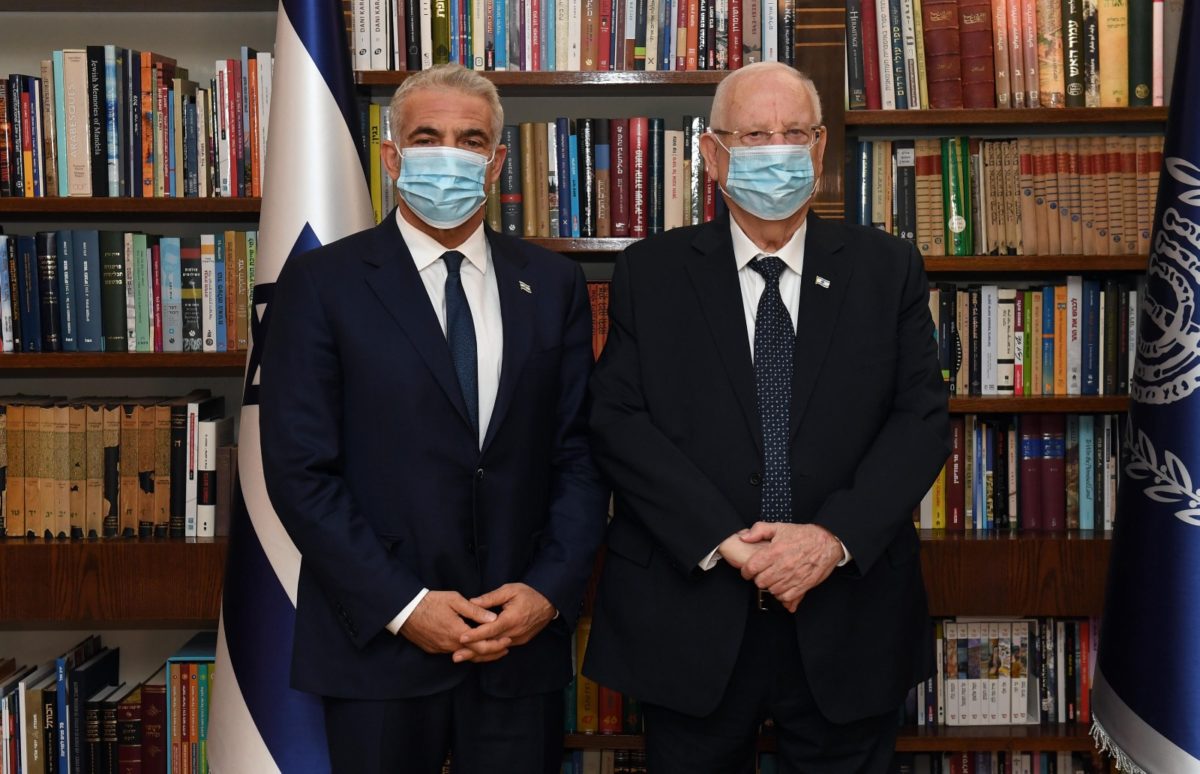 Yair Lapid meets with President Reuven Rivlin in Jerusalem on May 5, 2021.

Prime Minister Benjamin Netanyahu failed to form a coalition before the midnight deadline last night and returned the mandate to President Reuven Rivlin. The president is holding consultations this morning with party leaders before making a new recommendation, though he is expected to task Yesh Atid leader Yair Lapid with the next shot.

Blame game: In a statement announcing that he was returning the mandate — without requesting an extension — Netanyahu’s Likud Party blamed Yamina leader Naftali Bennett for his failure to build a coalition: “Due to Bennett’s refusal to commit to a right-wing government… Netanyahu has returned the mandate to the president.” Earlier this week, Netanyahu publicly offered Bennett to go first in a rotation deal for prime minister, but Bennett rejected the proposition as political spin. Even with Bennett’s backing, Netanyahu did not have enough support without the Islamist Party Ra’am.

Next up: Rivlin will now have up to three days to decide who should next receive the mandate and attempt to build a minimum 61-seat coalition. The president began holding meetings Wednesday morning with some party leaders to gather new recommendations for the next candidate. Lapid, whose Yesh Atid Party is the second-largest in the new Knesset, met with Rivlin and requested he be handed the mandate next. Gideon Sa’ar’s New Hope Party — which did not recommend a candidate the first time around — told Rivlin it was backing Lapid, as did Blue and White, Labor, Yisrael Beytenu and Meretz. But Bennett reiterated to the president his request to receive the mandate himself to form the next government. Likud, Shas, United Torah Judaism and the National Religious Party recommended that Rivlin hand the mandate straight to the Knesset.

Bumpy road: If Lapid is given the next shot, he will face an uphill battle to unite the many disparate anti-Netanyahu factions in order to form a government. If he is unable to do so, Israel is expected to hold yet another national election sometime this fall. Yamina MK Amichai Chikli informed Bennett this morning that he opposes joining in a government with Lapid, dealing a blow to the possibility such a coalition could be formed. Likud insiders are expected to lobby other Yamina MKs to also oppose joining such a coalition. Meanwhile, Bennett and Ra’am leader Mansour Abbas — who would likely both be needed to form a government without Netanyahu — have met multiple times over the past week to discuss potential cooperation.

Bill brouhaha: Earlier in the day on Tuesday, Likud MK Miki Zohar, chairman of the Knesset Arrangements Committee, pulled a bill that would establish a direct prime ministerial election from the committee’s agenda at the last minute — when it was clear that it would not have a majority. The legislation was brought forward as part of a slate of controversial bills — including instituting the death penalty for terrorists and legalizing several West Bank outposts — in part to force right-wing parties to take a public stance on them amid complex coalition negotiations.