The long-running battle has historically faced pushback from segments of the U.S. Jewish community, Holocaust survivors and the insurance lobby 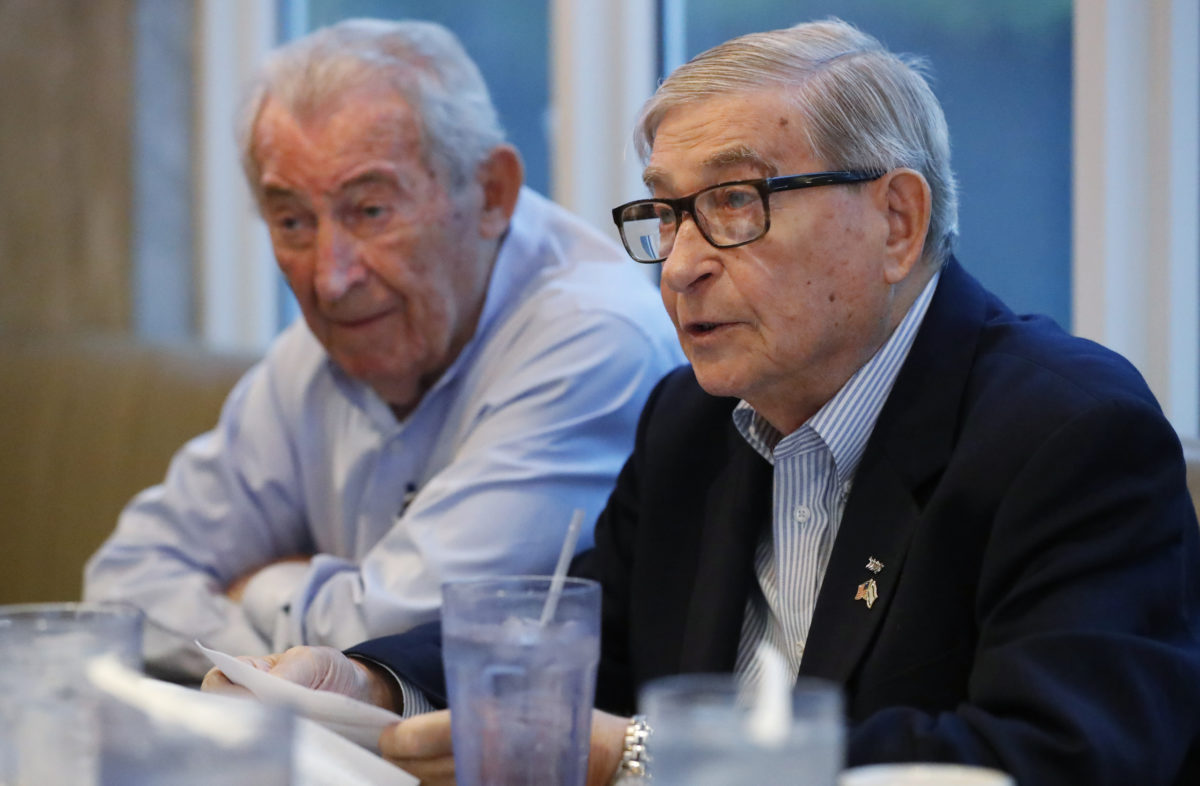 A small, bipartisan group of congressional lawmakers has introduced the latest attempt to give Holocaust survivors new opportunities to recoup unpaid pre-Holocaust insurance policies, wading for the sixth time into a fiery, long-running debate among survivors, members of the Jewish community and insurance lobbyists.

The Senate bill is the latest step in a legislative effort that has dragged on for more than a decade; Rubio first introduced legislation with former Sen. Bill Nelson (D-FL) in 2011, and has reintroduced it four times since then. Similar legislation has been introduced in the House five times previously, in 2008, 2010, 2011, 2016 and 2017. The legislation has failed to gain significant backing as it faced opposition from the insurance industry, influential Jewish community organizations and figures and some Holocaust survivors.

The legislation addresses a long, complicated and divisive battle between Holocaust survivors and major European insurance companies. Before the Holocaust, many European Jewish families took out insurance policies, but were unable to collect on them afterward, in many cases because they had lost their paperwork when deported to concentration camps. In other cases, European Jews were forced to prematurely liquidate their policies to pay taxes and fees imposed by the German government.

Insurance claims were previously adjudicated by the International Commission on Holocaust Era Insurance Claims (ICHEIC), an international organization established through a 1998 memorandum of understanding among European insurance companies, U.S. insurance regulators, the Israeli government, member organizations of the Conference on Jewish Material Claims Against Germany and the World Jewish Restitution Organization.

In theory, through ICHEIC, survivors and their descendants could submit claims under relaxed standards of proof. The insurance companies were responsible for searching their records to create a database of potential policyholders to match to these claims. Ultimately, ICHEIC offered a total of $306 million to 48,000 claimants — although 31,300 were offered only $1,000 “humanitarian” payments — before ICHEIC ceased operations in 2007. It also allocated $169 million for other survivor support efforts and Holocaust education and remembrance.

“I applied to ICHEIC. They said they could not find my father’s name. They sent a check for $1,000 as a ‘humanitarian payment,’” Holocaust survivor David Mermelstein said in testimony to the Senate Judiciary Committee in 2019. ”Survivors deeply resent the idea of a ‘humanitarian payment’ instead of the funds we know our parents set aside in case of a disaster. The whole thing was an insult to survivors, and it still is.” 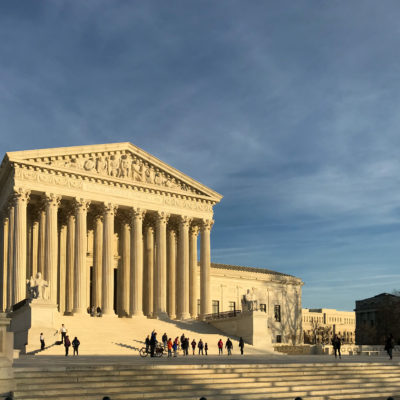 Others, like attorney Sam Dubbin, a Holocaust survivors’ rights advocate, put the conflict in even starker terms, calling the ICHEIC process “a fraud from start to finish,” and claiming that the insurance companies operated in a deceitful manner.

“The companies got away with murder here,” Dubbin told JI.

Supporters of the Senate legislation also argue that survivors were not adequately represented in the negotiations that formed ICHEIC, and some would not have supported such a system.

“These were negotiated not by [the survivors], they were negotiated on behalf of a class by lawyers on the part of the United States government and others,” said Rabbi Abraham Cooper, director of global social action at the Simon Wiesenthal Center.

“This is a disgrace and only you can help us have our rights and dignity restored,” Mermelstein said of these rulings in his testimony. “Survivors are in shock that the U.S. government took away our rights to go to American courts to make our claims. Remember, these are contracts — not charity.”

Past attempts to introduce this legislation have failed in part due to concerted opposition from insurance giants, according to advocates for the legislation.

“It is not an easy bill to pass because there are powerful economic interests against it becoming law,” former Rep. Ileana Ros-Lehtinen (R-FL), who repeatedly introduced House legislation on this issue during her time in Congress, told JI. “All that survivors want is an opportunity to have their cases heard in court, but because of the flawed system that was put in place, they are denied their day in court. This is profoundly unfair.” 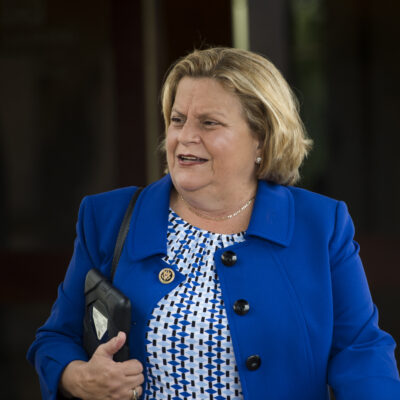 From Congress to Campus with Professor Ileana Ros-Lehtinen

Cooper laid out the issue in more explicit terms.

“If you want to talk about pressure, it may come from insurance companies and foreign governments and others that are going to say… ‘This is unfair, we acted in good faith,’” Cooper said. “These are all companies and entities that have their… lobbyists on Capitol Hill to make their feelings heard.”

Supporters of the legislation argue that failing to pass it is tantamount to allowing the insurance companies to steal from Holocaust survivors.

“It is the victims of the Holocaust and their families who should be the heirs to unpaid policies that were set aside for times of trouble — not the insurance companies,” Wasserman Schultz said in a statement announcing the bill. “Preventing Holocaust survivors and their families from collecting on documented policies is truly tragic, but allowing these global insurance corporations to hold onto this unjust enrichment is an offensive re-victimization that cannot stand.”

But insurance companies are not the only players opposed to the legislation. Some major Jewish groups involved in negotiations that created ICHEIC, such as the American Jewish Committee, B’nai B’rith International, the Anti-Defamation League, the World Jewish Congress, the Claims Conference and the World Jewish Restitution Organization have also historically opposed it, as have prominent figures in Holocaust restitution negotiations, like Stuart Eizenstat. They argue that changes could undermine restitution agreements and could ultimately disappoint survivors.

This time around, opposition from some groups appears to be less fervent than in prior years.

Kenneth Bandler, a spokesperson for the American Jewish Committee, said that in the past, the organization was “concerned that such legislation threatened to upend delicate negotiations at the time between the German government and the Claims Conference that would provide hundreds of millions of Euros to benefit needy Holocaust survivors worldwide,” but added that AJC has not taken a position on the re-introduced legislation.

A spokesperson for B’nai B’rith International also did not express a specific position on the latest bill, commenting, “Our primary concern is justice for Holocaust survivors, and we are reviewing policy options for achieving that.”

Holocaust survivors themselves diverge on the issue. Roman Kent, a leader of the American Gathering of Jewish Holocaust Survivors and Their Descendants, as well as the chairman of the International Auschwitz Committee, told JI he is “firmly against” the legislation.

“While the proposed legislation is well-intentioned, it is also misguided — which is why it has been reintroduced over and over without any ensuing actions,” Kent said. “[Holocaust survivor leaders] are… aware of the burden of proof in lawsuits — which is a much higher standard. Lastly, they are aware of the jeopardy this creates with current agreements and negotiations with governments around the world. If we do not keep our word on one agreement, who is to say about the next one and the next one.”

“If I felt this legislation was the correct path then I would be the first one testifying and fighting for it,” Kent added. “I can assure you that, while the intention is commendable, this legislation will hurt, not help, Holocaust survivors.”

Kent’s argument — that the standard of proof required in U.S. courts would essentially be insurmountable for most Holocaust survivors, and that this legislation would only set survivors up for disappointment — is a common one among the bill’s opponents.

Cooper argues that survivors should have the opportunity to sue anyway.

“That’s a decision that they should have been allowed to make,” Cooper said. “The legislation is meant to give the little guy who has a direct connection back to those crimes in the Shoah that opportunity — whether that would ever bring them a dime, who knows?”

With the fifth re-introduction of this legislation, advocates argue that its passage is more urgent than ever as time progresses further from the Holocaust.

Asked why Rubio has continued to reintroduce this legislation in the face of opposition from prominent Jewish community organizations, a Rubio spokesperson told JI, “Senator Rubio continues to work with multiple stakeholders in good faith to pass his bipartisan Holocaust Insurance Accountability Act this Congress. His commitment for supporting the courageous Holocaust survivors remains firm.”

“Part of [the difficulty in passing it] may be the dimming of the collective memory, and of collective outrage,” Cooper told JI. “That is still felt by families, but maybe not felt as intensely anymore by society as a whole.”

Time is also running short for many of the remaining Holocaust survivors.

“Restoring Holocaust survivors’ rights takes on new urgency with every year that passes without justice,” Rosen said in a statement announcing the bill.