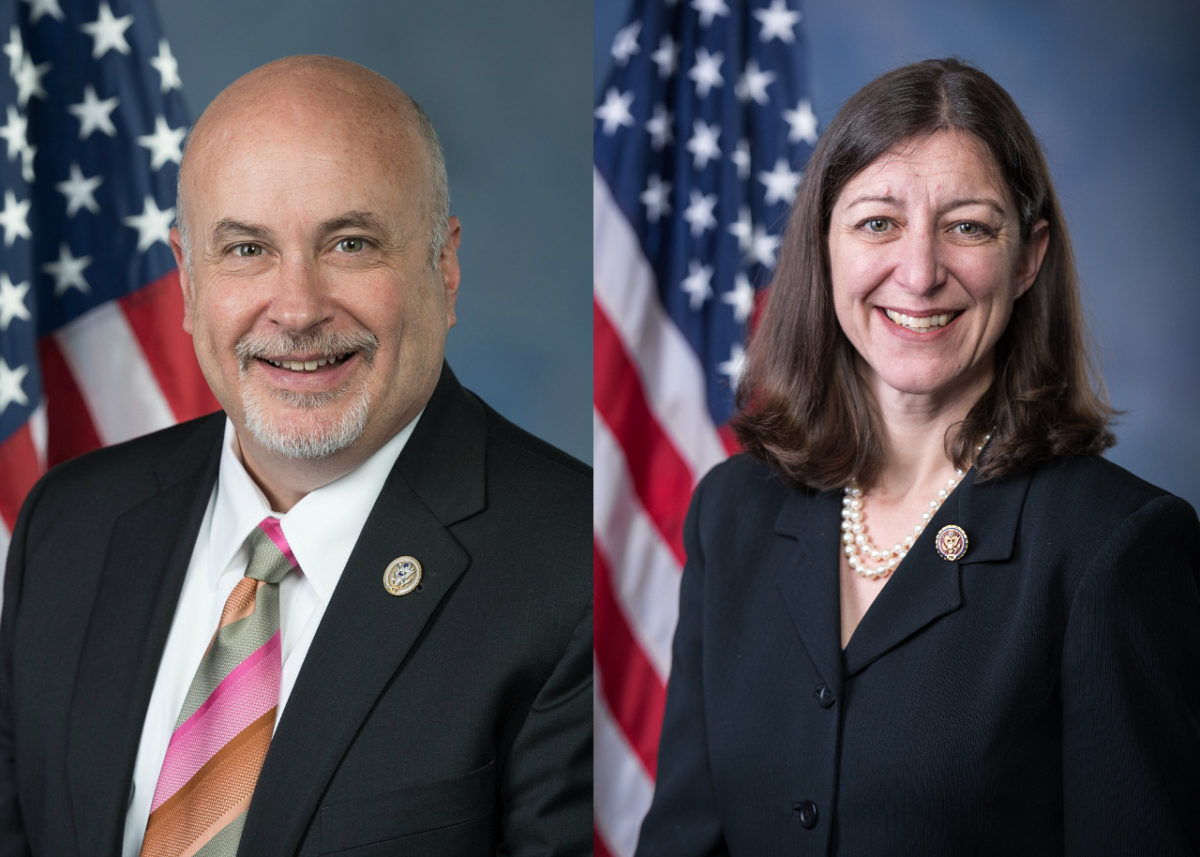 As divisions among Democratic lawmakers over the escalating violence in Israel and the Palestinian territories continued to sharpen, mainstream and left-wing House Democrats set plans for competing speeches on the House floor Thursday night, sources familiar with the plans told Jewish Insider.

The far-left effort is being organized by Rep. Mark Pocan (D-WI), who has been an outspoken advocate of conditioning U.S. military aid to Israel.

Several of the mainstream Democrats planning to deliver speeches Thursday have spoken out in recent days against left-wing colleagues who have been critical of Israel’s actions amid the mounting violence.

During a meeting of the World Jewish Congress’ International Council of Jewish Parliamentarians Wednesday morning, Deutch excoriated legislators who have downplayed rocket attacks against Israel.

“There are some around the world appearing to defend this onslaught by Hamas, a terrorist organization recognized as such by the international community. Some even try to justify the terrorists’ attacks. Let me say that again, there are elected officials who defend a terrorist group sworn to the destruction of the State of Israel,” Deutch said. “The response from legislators in my Congress or any parliament around the world should be crystal clear whether rockets are raining down on London or Paris or Toronto or Tel Aviv. The response should be no different for our ally Israel.”

Deutch continued, “When anyone, including any one of my colleagues, questions my loyalty, I remind them that I am a son of a World War II veteran who fought the Nazis at the Battle of the Bulge.  We defended democracy and fought evil. That’s what we do when we support Israel as it battles Hamas terrorists.”

Wasserman Schultz, who also spoke at the WJC meeting, stopped short of calling out fellow lawmakers, but alluded to colleagues who have criticized Israel’s response to the rocket attacks.

“I’m extremely concerned by those who purposely demonize Israel’s conduct while ignoring Israel’s right to self-defense, including its obligation to protect all of its citizens,” Wasserman Schultz said. “While Israel is in such a vulnerable state, we must be more vigilant than ever because, unfortunately, opposition to Israel’s actions too often spurs antisemitism within the United States and around the world. And it’s an unfair criticism — over and over again when nations around the world — their actual atrocities are ignored and every action taken by Israel is disproportionately reacted to. It’s unacceptable.”

A number of other House Democrats elaborated on their positions on the ongoing conflict on Wednesday, further underscoring the divisions within the House Democratic Caucus.

In remarks to the UJA-Federation of New York Wednesday evening, Rep. Gregory Meeks (D-NY), the chairman of the House Foreign Affairs Committee, accused Hamas of hiding behind human shields.

“What Hamas is doing is clear. It’s a terrorist attack. And what they’re also committing is war crimes by trying to hide behind civilian individuals. It’s a war crime in that regard. So we’ve got to speak out in that regard and let the people of Israel know that we stand with them,” Meeks, who represents parts of Queens, said.

“These are buildings that are known to have been controlled by Hamas. But still, in the attempt to save innocent lives, [the IDF] sent drones over to warn the folks that show that they have the ability to bomb and that they will bomb,” Meeks said. “And they are watching as folks leave the buildings, and only after individuals are out of the buildings have the bombs been dropped.”

Rep. Ilhan Omar (D-MN), also a member of the Foreign Affairs Committee, tweeted earlier on Wednesday that “human shields” are a “myth,” linking to a thread that criticized Israeli air strikes, and argued that warnings about attacks are insufficient to prevent civilian casualties.

Rep. Ritchie Torres (D-NY), who faced significant backlash online for a tweet on Monday criticizing the rocket attacks, defended his position during the UJA event.

“The moment I sent out a statement denouncing the rocket fire from Hamas, I was swiftly denounced by BDS extremists as a white supremacist, as a supporter of apartheid and ethnic cleansing and genocide — terms that have been stripped of the original and proper meaning,” Torres said.

He added that “What is under siege is not only Israel, what is under siege is the truth itself. Circulating on social media in particular is a vicious lie, a lie that’s deceptively reframes the terrorism of Hamas as self defense and deceptively reframes the self-defense of Israel as terrorism. Increasingly, we seem to live in an Orwellian universe where the truth no longer matters.”

Pocan, along with Rep. Marie Newman (D-IL), released a letter to Secretary of State Tony Blinken on Wednesday calling on Blinken to pressure Israel to halt the evictions of Palestinians in the East Jerusalem neighborhoods of Sheikh Jarrah and Al-Bustan, which helped spark the current conflict. Israel’s Supreme Court postponed a ruling on the Sheikh Jarrah evictions on Sunday. Twenty-five representatives in total signed the letter.

“Israel’s plans to demolish Palestinian homes in Al-Bustan and to evict Palestinians from their homes in Sheikh Jarrah are in clear violation of the Fourth Geneva Convention,” the letter reads. “We call upon the Department of State to exert diplomatic pressure to prevent these acts from taking place.”