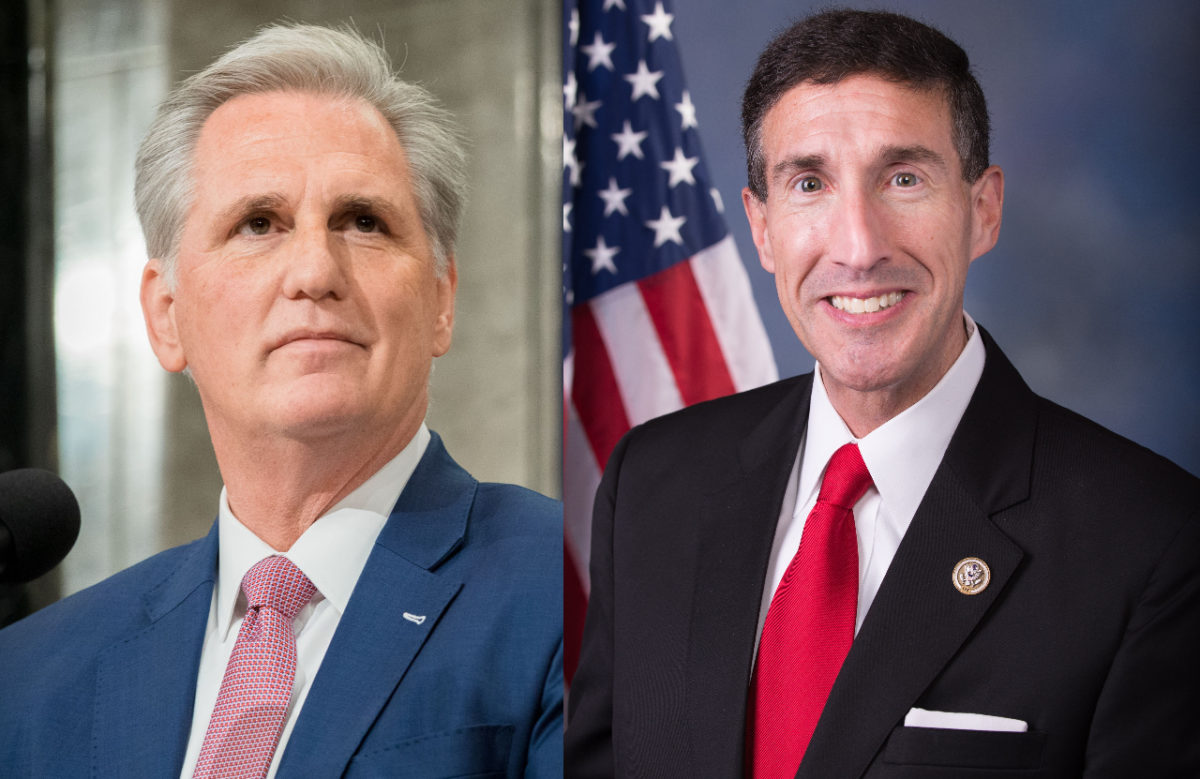 Amid a wave of domestic and international antisemitism in the wake of the recent Israel-Hamas conflict, including multiple incidents of violence against Jews, House and Senate Republicans have introduced legislation aimed at tackling antisemitism, and are accusing House Democrats of helping to drive the trend.

“Over the past several weeks a growing number of House Democrats wrongly blamed the violence in the Middle East on Israel. In fact, Representatives Alexandria Ocasio-Cortez (D-NY), Rashida Tlaib (D-MI) and Cori Bush (D-MO) irresponsibly tried to delegitimize our closest ally in the region, calling an ‘apartheid state,’” McCarthy said in a statement. “Within days, this same sentiment of bigotry spilled into several major U.S. cities.”

Earlier on Tuesday, McCarthy condemned a member of his own party — Rep. Marjorie Taylor Greene (R-GA) — after she spent nearly a week comparing coronavirus precautions to the Holocaust. In his statement, McCarthy pivoted from condemning Greene to criticizing anti-Israel Democrats.

In the Senate, Sen. Josh Hawley (R-MO) and 14 other Republicans introduced a resolution condemning the recent antisemitic violence and rhetoric connected to pro-Palestinian protests, as well as “poisonous” anti-Israel rhetoric from politicians and the media they characterized as antisemitic.

It also lists four recent instances in which House Democrats have condemned Israeli policies and conduct, describing comments they made on Twitter and in House floor speeches.

The text declares that the Senate “denounces the poisonous anti-Israel rhetoric of elected officials that has inflamed hatred and inspired escalating violence against Jews” and “rejects the biased, incomplete, and inaccurate information promulgated by the news media in the United States about Israel and the Government of Israel’s efforts to protect its citizens from terrorism.”

“The sickening rise in anti-Semitic attacks in the United States and around the world must end, along with the hateful anti-Israel rhetoric from politicians and the media that inspires the violence,” Hawley said in a statement. “We must ensure that Jewish people receive the full protection of law owed to them as citizens of the United States.”

In a statement on the legislation, Cruz took a jab at House Democrats. “The Senate has come together in the past to condemn antisemitism in these terms, without watering down our condemnation by reference to equally abhorrent but different forms of hatred. The Democrat House seems unable to do so, but I am hopeful that we can do so again, and I’m proud to join Sen. Hawley’s resolution.”

Cramer added in a statement that “some of our elected officials are fueling the flames [of antisemitic attacks] by insufficiently condemning the violence and attacking Israel for defending itself.”

A spokesperson for Sen. James Lankford (R-OK), a co-chair of the Senate Bipartisan Taskforce for Combating Antisemitism, said she was unsure if Lankford would support the Hawley resolution.

Sen. Jacky Rosen (D-NV), the Democratic co-chair, told JI on Tuesday: “While I have not had a chance to review this specific legislation, the rise in antisemitism is a critical issue — one that must be addressed forcefully, in a bipartisan manner, and by legislators who are serious about eradicating antisemitism wherever it rears its ugly head. I plan to continue working alongside Senator Lankford and my colleagues on both sides of the aisle to combat antisemitism.”

Senate Minority Leader Mitch McConnell (R-KY) and Sen. Tom Cotton (R-AR) are also promoting a Senate bill that has yet to be formally introduced, aimed at addressing antisemitic hate crimes.