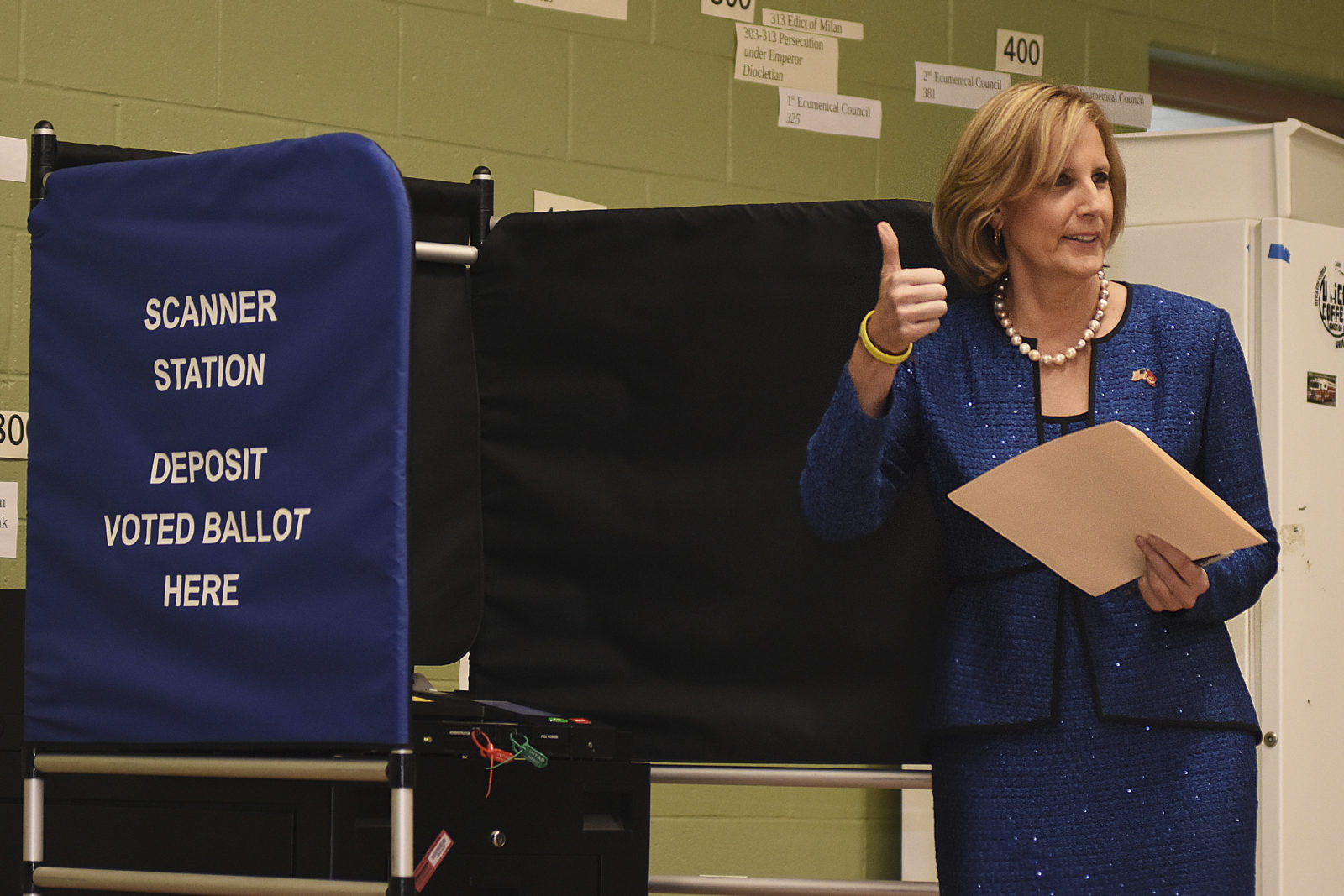 Rep. Claudia Tenney (R-NY) had a rocky road to her second term in Congress.

Tenney, who was first elected in 2016, lost the 2018 election to former Rep. Anthony Brindisi (D-NY) by 1,293 votes in a midterm that saw Democrats flip vulnerable seats across the nation. The 2020 election featured a rematch with Brindisi — but this time, Tenney came out on top after a lengthy court battle.

The race for the upstate New York district that stretches from Binghamton to Utica wasn’t decided until February 5, when a judge ruled that Tenney should be certified as the winner. The two candidates were separated by just 12 votes in the original count, but a range of issues linked to voter registration and inconsistencies and failures in vote counting across the district led to a final margin of 109 votes.

“Even in talking to my opponent when he conceded, it was just so long and so arduous. And we both were — it’s funny — we both had the same feeling at the end that we didn’t care who won. We just wanted it to end, it’s just so long,” Tenney told Jewish Insider in an interview on Friday, having returned to Congress to finally begin her term.

Brindisi initially pledged to continue to challenge the results after the February 5 court decision, but ultimately conceded on February 8.

Tenney told JI that the extended election count gave her an education in the weaknesses of U.S. voting systems and reinforced her belief that the country needs to improve voter registration processes, as well as implement voter ID verification and do more to ensure the accuracy of its voter rolls.

Shana Kushner Gadarian, the political science department chair at Syracuse University, told JI that neither voter ID laws nor voter roll maintenance would have solved the problems the district faced, which were related primarily to counting and failures to successfully register voters who believed they had done so. She added that these solutions — which are theoretically intended to cut down on voter fraud — “don’t fix the problem they’re intended to fix because there is no problem.”

Tenney emphasized that she sees H.R. 1, the massive election-reform package that House Democrats recently passed, as the wrong path forward. “H.R. 1 is going to make it even worse for our country, and many elections are going to end up looking a lot like my election,” she told JI. The bill would set national standards for voter registration and mail-in voting, create nonpartisan redistricting commissions and overhaul campaign finance law to force “dark money” groups to disclose their donors, in addition to ethics reforms for each branch of government. The bill is unlikely to pass the Senate in its current form.

Since her race was, at that point, undecided, Tenney was not in Congress on January 6, and missed both the storming of the Capitol and the moves by some Republican legislators to challenge the electoral votes from Arizona and Pennsylvania. Tenney indicated that, had she been present, she would not have supported the Arizona challenge, but would have voted in favor of the Pennsylvania challenge, where she said “rules changed at the last minute.”

“Had the judges gone beyond the procedural blocks that they put up to choose not to get into the substance of cases, we could have had a different result,” the congresswoman claimed. “We never got to the substance of the case. As the daughter of a judge, I like to defer to the ability of judges to make good decisions. I’m assuming the judges just didn’t feel they had enough evidence to get beyond that.”

The future of Tenney’s current district has been the subject of intense speculation as redistricting approaches ahead of the 2022 election. New York is poised to lose a seat in the redistricting cycle, and, if state Democratic lawmakers control the process, they could merge Tenney’s district with Rep. Elise Stefanik’s (R-NY) neighboring district. That could potentially create a new 22nd district that would be a safe win for Brindisi or another Democrat, according to Cook Political Report editor Dave Wasserman.

Gadarian affirmed that she had heard from individuals close to the New York state government that the 22nd district may be combined with another district. “I wouldn’t be surprised if the Democratic-led [state] senate… combine[s] districts in ways that might protect the Democrats and incumbents in the state more generally and make it harder for Republicans in upstate to hold onto their seats,” she said.

State Democrats are unlikely to eliminate seats in the heavily Democratic downstate region, she added.

Despite these circumstances, Tenney, who served in the New York State Assembly from 2011-2017, expressed confidence about her future electoral prospects.

“I was the recipient of the worst Assembly district created in New York in 2012. So I know what it’s like to be in a bad position in redistricting,” she said. “Redistricting is still an open question as to what’s going to happen. And nobody really owns a district… We’ll wait to see what happens.”

On Capitol Hill, Tenney has joined the House Foreign Affairs Committee. She arrives with an eclectic range of foreign affairs experience, having traveled to the former Yugoslavia in college and later worked at the Yugoslav consulate in New York. Tenney said she has significant experience traveling in southeastern Europe, Italy and the Middle East, particularly Israel.

In the 1990s, she also worked with the Jewish Community Center of Utica to help resettle Bosnian refugees in upstate New York; the city now has one of the largest Bosnian populations in the country. Her district also has 4,000 refugees from Myanmar, which has led Tenney to take action in Congress in response to the country’s recent coup.

“I owned a newspaper [Mid-York Weekly and Pennysaver] — we did an article 20 years ago on the first Burmese refugees to come to Utica, and I actually have a copy of it in my office,” she said. “So it’s been an issue that’s long been of interest to me.”

Tenney describes her goals for the committee as “maintaining the ‘America first’ principles [articulated by Trump] but also working in bilateral and multilateral relationships with other countries to promote democracy around the world.”

She also plans to focus on Middle East issues. Tenney supports continuing to place pressure on Iran, particularly through forging more normalization agreements like the Abraham Accords between Israel and Arab nations.

“A huge issue is going to be what’s going to happen with Israel and whether or not the Biden administration… is going to lead us back into the JCPOA,” she said, referring to the Iran nuclear deal the Trump administration jettisoned in 2018. “I hope that we can be persuasive to make sure that doesn’t happen.”

“I want to make sure that everybody out there knows that I’m a huge supporter of Israel,” the congresswoman added.