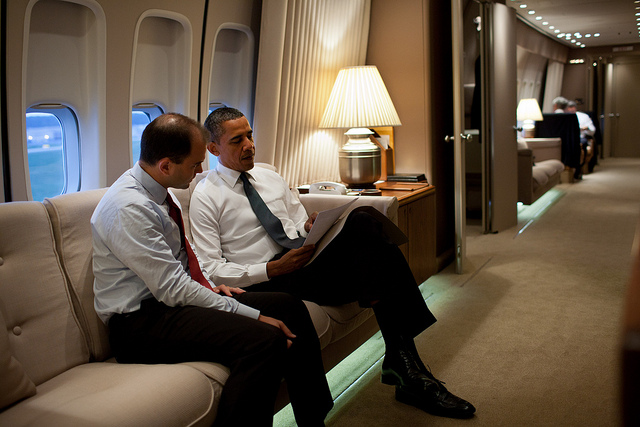 Rhodes, who served in former President Barack Obama’s White House from 2009 to 2017, expounded on how working on Israel policy issues in the National Security Council differed from work related to other foreign countries.

“Number one, you have this incredibly organized pro-Israel community that is very accustomed to having access in the White House, in Congress, at the State Department,” Rhodes told Beinart. “It’s kind of taken as granted, as given, that that’s going to be the way things are done.”

In addition, Rhodes said, “the media interest is dramatically intensified. And that’s both a very aggressive, kind of pro-Likud media in the United States [and] it’s also just the mainstream media that delights in Israel controversies.”

Israeli Prime Minister Benjamin Netanyahu, Rhodes suggested, “knew that not only could he kind of gin up the right-wing, pro-Likud media in the United States, which is pretty vast. But he also knew that if he needled Obama, he would create a weeklong political story.”

Rhodes said he wished “the other side of the debate,” which he said includes Republicans as well as some Democrats, “would just be honest.”

“I wish the right… would just say, ‘We don’t believe there should be a Palestinian state, we believe in the concept of a greater Israel, we feel sorry for the Palestinians, but they’re just gonna have to deal with it,’” said Rhodes. “That’s the position of the Israeli government. Frankly, that’s the position of the Republican Party, even if they’re not honest about it.”

Rhodes suggested that “some conservative Democrats… [have] been playing these talking points around the two-state solution, and then blame the Palestinians for it never happening. I got so sick of hearing, ‘Palestinians never missed an opportunity to miss an opportunity.’ But when did we give them one?”

Later, Rhodes speculated on what drives Netanyahu’s world view: “Maybe the view is, ‘Jews have been screwed throughout history, by a corrupt cruel world. And so you know what, we just have to be corrupt and cruel ourselves. That’s the only way to survive in this world.’”