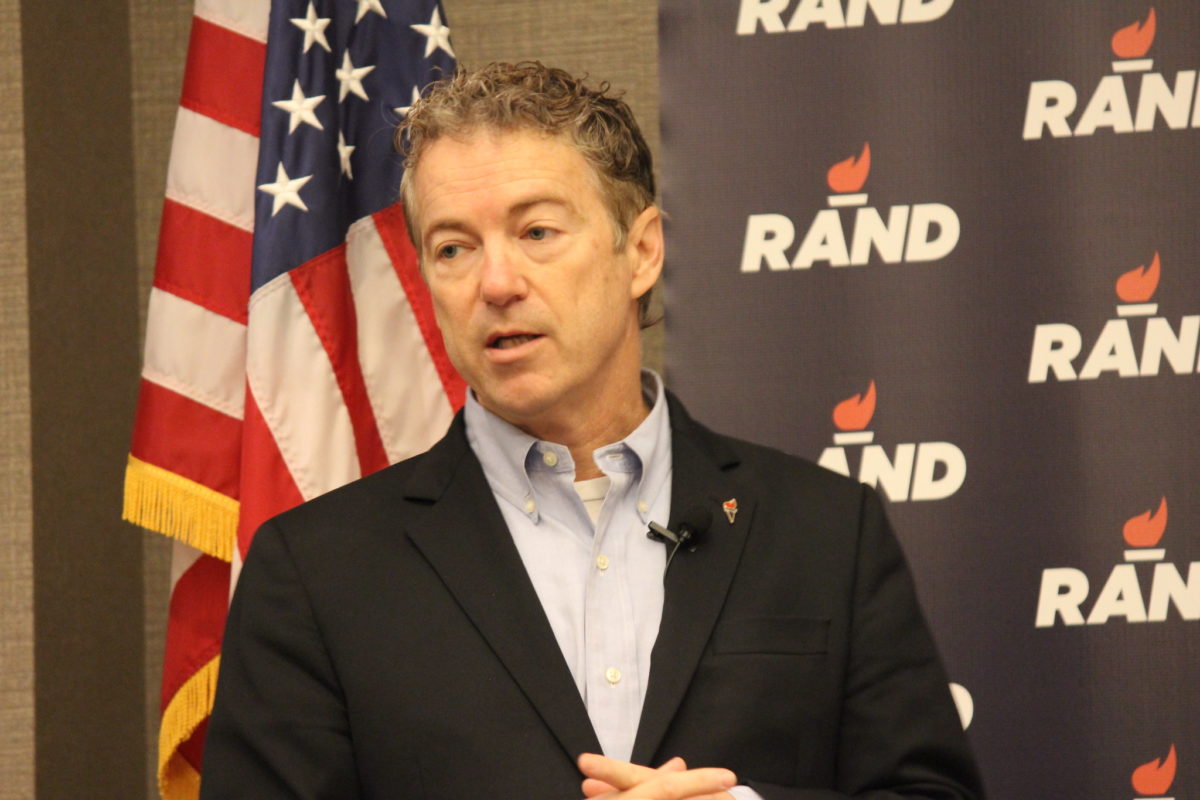 Sen. Rand Paul speaks at a campaign event at the Mid-America Center in Council Bluffs, Iowa.

Sen. Rand Paul (R-KY), a leader of the bipartisan push to block the Trump administration’s sale of F-35 fighter jets and other weaponry to the United Arab Emirates, said Tuesday that the push will likely fail to pass the Senate.

“I think there’ll be a significant vote not to sell the F-35s. I don’t know what significant means,” Paul, who has expressed concerns over the UAE’s human rights record and involvement in the conflict in Yemen, told reporters on Capitol Hill. “I think it’s a long shot to win.”

Paul explained that — despite the Senate’s vote to block an arms sale to Saudi Arabia last year, in which several Republicans joined Democrats in opposing the measure — such rebukes are rare, even in the most controversial of conflicts.

“That was historic and really not, I think, understood by enough people how big of a deal that was for Congress to vote against the president selling arms,” he said. “Even in Vietnam, there were very few times in the very unpopular war with 50,000 people dying, they very rarely rebuked any of the presidents.”

Paul also cast doubt on White House officials’ assertions that the arms sale is not related to the recently signed Abraham Accords, which normalized relations between Israel, the UAE and Bahrain.

Israeli Ambassador to the U.S. Ron Dermer told JI last month that the potential sale was not included in the normalization agreement, and that Israeli leaders aren’t opposing the move.

Dermer told MSNBC’s Morning Joe on Monday that the Jewish state is “comfortable” with the arms deal, and that U.S. and Israeli officials had met during the fall to ensure that any potential deal does not violate Israel’s federally protected qualitative military edge.