Ex-Sen. Corker: Arab normalization with Israel is ‘the greatest opportunity’ 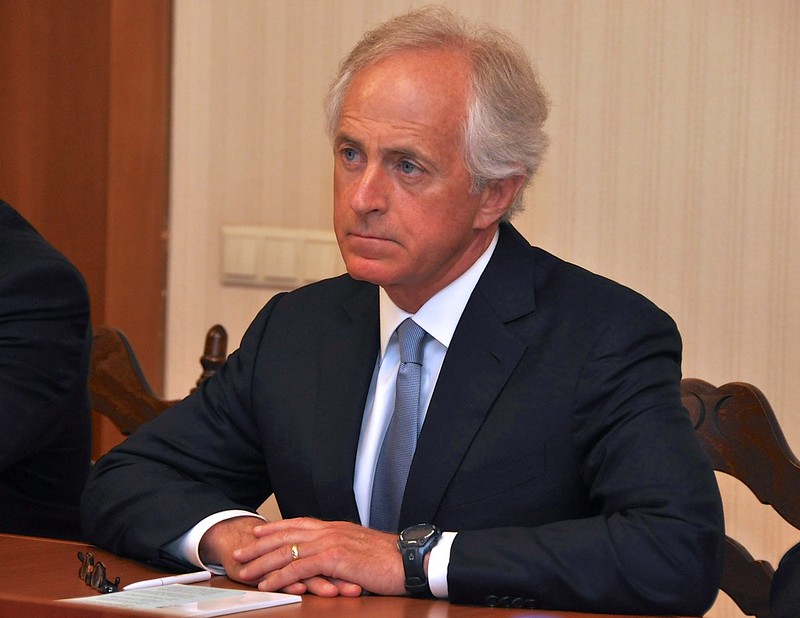 Former Sen. Bob Corker (R-TN) cautioned the incoming Biden administration on Monday against rushing to reenter the 2015 nuclear deal with Iran in wake of recent peace accords between Israel and the United Arab Emirates and Bahrain.

“The normalizing of relations between the Arab countries and Israel is a phenomenal thing that is taking place,” Corker said during a panel discussion with Richard Haass, president of the Council on Foreign Relations, at the Milken Institute’s 2020 Asia Summit. “I know that President-elect [Joe] Biden is talking about renegotiating a deal with Iran. I would just urge them to be very careful, to think about that, because right now we have something that is so powerful for that region — economically [and] politically.”

Corker, the former chairman of the Senate Foreign Relations Committee, called the current situation “the greatest opportunity that the Trump administration has created. It’s almost a gold rush taking place in the Middle East.”

Corker also praised President Donald Trump and White House senior advisor Jared Kushner “for the way that they have handled this and the tremendous opportunities that the Biden administration, hopefully, will build upon.”

Haass also expressed reservations about returning to the 2015 deal with Tehran. “I don’t think going back to the old agreement is adequate. Important parts of it and the nuclear side begin to expire in five years,” he explained, describing the Iranian issue as “one of the bigger and tougher challenges facing the new administration.”

Last week, Biden said it was too early to know whether the killing of Iranian nuclear scientist Mohsen Fakhrizadeh, which was attributed to Israel, complicated his plan to return to the nuclear deal. Haass told moderator Gerard Baker of The Wall Street Journal that the assassination won’t matter much.

“I never thought going back to the 2015 agreement made a whole lot of sense. So to me, the challenge is still, how do you structure things? And I don’t think this changes the fundamentals,” Haass explained. “I think there’s the one associated question, do you seek a nuclear-only agreement or do you seek something broader? That question was there before the assassination, It’s there now.”

Haass did express hope that the Biden administration would advance the normalization deals to create a path for negotiations between Israel and the Palestinian Authority. “If you want Israel to be a democratic Jewish state,” he said, “that future is more at risk today than it was before any of this.”

“I think a really quite interesting question is what conditions would Saudi Arabia set vis-à-vis the Palestinians if it were to normalize relations with Israel?” Haass wondered, adding, “I would simply say — watch that space.”